The curse fulfilled from 'The Satanic Verses' by Salman Rushdie

For several years, the Anglo-Indian writer Salman Rushdie was the most threatened man in the world. Ayatollah Khomeini, political-spiritual leader of the Islamic Revolution of... 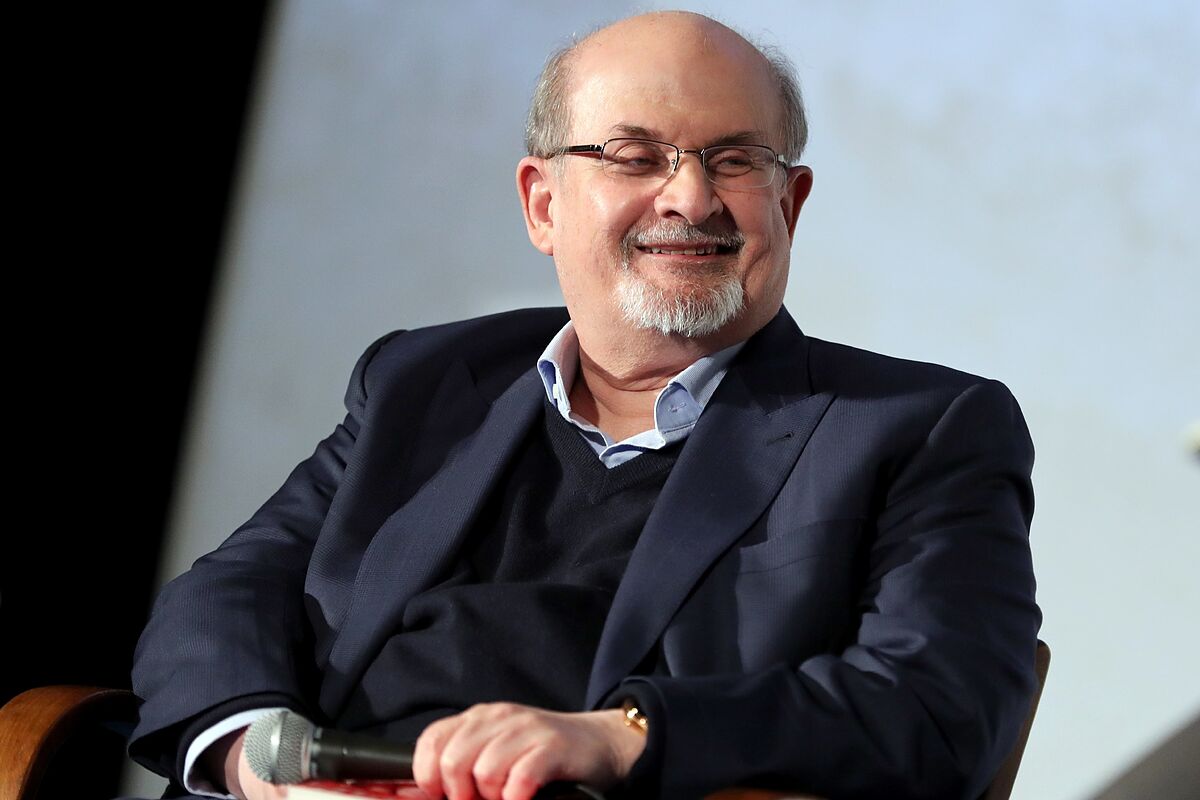 For several years, the Anglo-Indian writer

was the most threatened man in the world.

Ayatollah Khomeini, the spiritual-political leader of the 1979 Islamic Revolution, issued a fatwa against Rushdie (a fatwa: a legal pronouncement in Islam issued by a specialist in religious law on a specific issue) on Iran's public radio, in which he appealed for the writer's murder for one of his books,

, which he considered blasphemous against Muslims.

Since then, he has spent 13 years in prison.

every two or three days , he avoided contact with his family as much as possible (his two sons and his second wife, at that time: Marianne Wiggins).

He lived surrounded by bodyguards, subjected to a complex security system directed from Scotland Yard.

He learned to be a shadow.

To live too many nights in one-night hotels

Salman Rushdie (Bombay, 1947) went from being a writer to a fugitive by the grace of Islamic fundamentalism.

As he thinned out,

Despite the fatwa, some pirate radio stations in Islamic countries (including Iran) read the piece in Farsi.

Rushdie was then a British national.

At the age of thirteen, in January 1961, he was sent by his parents to the United Kingdom, where he studied at Rugby School, one of the most prestigious British boarding schools.

There he spent two years tormented by his teammates: against him he played Indian origin and his sporting clumsiness.

He then went on to

, where he received a master's degree in history in 1968, specializing in Islamic subjects.

And he began his adventure as a writer.

His fourth novel was

The curse of him.

The sequence of delusions that unleashed this work is lavish: on October 5, 1988 it was banned in its country of origin, India.

Then in Egypt and South Africa... On January 15, 1989, the bookstore chain WH Smith withdrew the book from its 430 bookstores.

Pakistan joined the rejection after on February 12 riots broke out in front of the Cultural Center of the United States in Islamabad (Pakistan) with five dead and sixty wounded.

On March 7, England and Iran break off diplomatic relations.

Margaret Thatcher's government protected the writer, who came to have a melee of around eight bodyguards.

He secretly moved around the world and each of his movements posed a risk in which various state security agencies had to be activated.

Rushdie didn't stop writing, but life got too smoky.

is a violent book against what was coming.

He somehow anticipated what was later fulfilled in a thousand different ways, but with a common timbre: the crime driven by fanatical madness, by excess of zeal, by inoculated hatred.

Western military interventions in some Muslim territories, and without preserving the civilian population, were also good fuel for the delirium.

Rushdie's words were confirmed, the success of the book did not devour the strict truth of what it announced.

Far from the certainty of the condemned and the legend of the poacher.

He had restored the odyssey puzzle for him.

But Islamic zeal does not forgive.

It has taken three decades for what the writer preferred not to talk about to happen.

Although he did write: he left a testimony of that extreme time in a book that aspired to be the bolt of a backwards time:

(published in Spain by Mondadori).

In that abnormal time he assumed a paranormal pseudonym: Joseph Anton.

He came out of combining the names of Conrad and Chekhov.

Behind that screen he wrote essays and things.

And with it he signed the book of his revelations.

A portrait without disguise with which he closes the chapter of the fatwa.

The induced disaster of his existence in a prison whose bars were the lines of an Islamic death decree.

In an interview we had with him in 2012, he said: "It is the portrait of a time in my life when something horrible happened to me. Although it is not exactly a self-portrait, but rather a reflection of the world in which I lived. And not only in relation to with Islam, but with the literary world. With my four wives. With my children... It's my life, as it is. And I'm not here looking for any controversy with it... For 10 years I never had the keys to my house. my house. I didn't even have a house. And I couldn't go out for a walk without permission".

After a biography far too long from any quota of habitability, traveling at night, changing identity, disguising himself and guarding every minute of life (every minute), he chose New York to revive.

The city where now a man has stabbed him in the neck.

New York was the place that allowed him to walk again without compulsively looking sideways.

In New York it all started again

: I felt the unconditional support of my friends.

There I was lucky enough to meet a woman with whom I fell in love and with whom I had a child at that time.

She offers me the possibility of writing.

The possibility of knowing the US, of being able to be without an escort and make decisions for myself.

There I began to regain my freedom.

Then for two or three months... Those were very exciting times.

I realized that I could once again be a person outside the great police apparatus that was always with me.

The reason I've made New York my home is because I got my freedom back there."

In the two meetings he had in Madrid with this newspaper,

They devastated his existence, but he let a certain self-parody emerge as an axis.

"It's just that sometimes," he said, "it seemed to me that I was living in a bad Salman Rushdie novel. I experienced surreal situations. Many of the themes that I have dealt with in my work, such as emigration, cultural conflict and others, became my life in sometimes in the matter of my work, but in a vulgar, perverse way".

Of all freedoms, the most daily and effective level is the one that was amputated from Rushdie: exactly the one he had regained.

And that until yesterday allowed him to lead a more or less full existence.

The mission of Rushdie's literature, in one way or another, has been the search for a tradition of tolerance and pluralism.

Difficult to continue the mission as before.

The stab to the neck is an ominous start over.