Khaled Meshaal to "The Other Side": I will not give up defending my right for fear of being labeled a terrorist, and my wish is that I will cast God as a martyr

In his speech to the “The Other Side” program, Hamas leader abroad, Khaled Meshaal, regretted the continuation of the internal Palestinian division, and rejected the involvement of Hamas in the regimes’ battles with the Brotherhood, and called on Saudi Arabia to release the movement’s members. 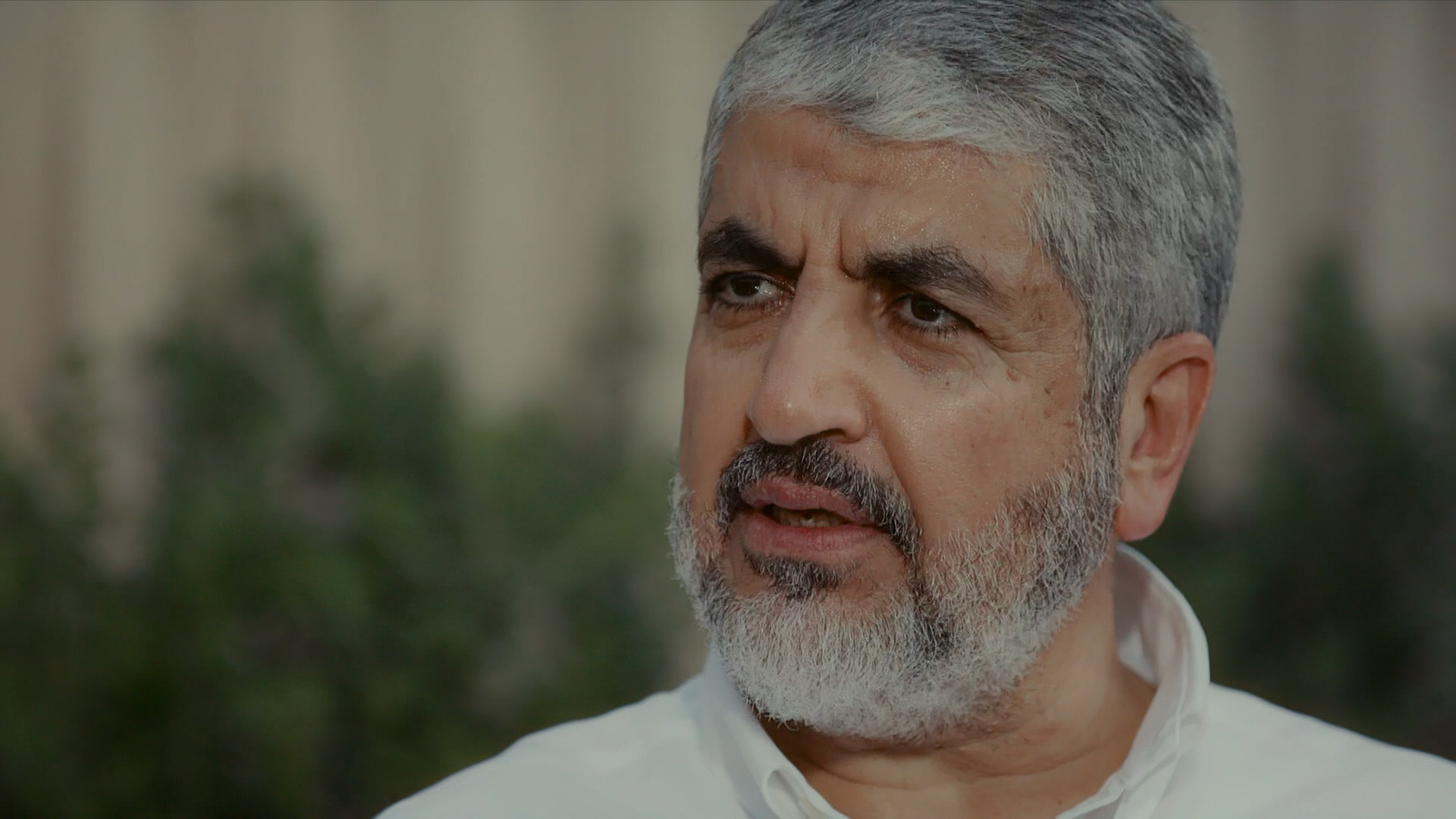 Mishaal attributed the causes of the division among the Palestinians to the international community, which did not accept the results of the legislative elections in 2006, in which Hamas won the majority, and did not accept cooperation with the movement.

He also attributed the reasons to the failure of Palestinian parties to accept the principle of partnership, because they are accustomed to being alone with the Palestinian decision. Journalist - He also wanted to turn against the Palestinian national unity government.

Mishaal stressed that Hamas did not repudiate the Mecca agreement signed in 2007, as the Saudi side accused it, and that he personally told a departed Saudi prince that the Mecca agreement counted for Saudi Arabia because it spared Palestinian blood, and on its basis a national unity government headed by Ismail Haniyeh was formed.

There is no fundamental reason for the Saudi position to change

The head of the Hamas movement abroad denied the existence of a fundamental reason behind the change in the Saudi position on Hamas, noting that his movement did not offend any party and does not interfere in the affairs of other countries, and therefore "it is not right for a state to come and hold Hamas accountable because it exercises resistance."

Regarding Hamas members detained in Saudi Arabia, Meshaal revealed that their number is more than 60, and that they are subjected to horrific torture. He asked: For whose benefit are they being tortured?

And for what are they prosecuted?

Hamas is not part of any Arab dispute, calling for the speedy release of these detainees.

He also stressed that the Brotherhood's roots of Hamas do not mean that it is part of any regime's battle with the Muslim Brotherhood or political Islam, and that Hamas is a Palestinian Islamic national movement that seeks to achieve the Palestinian dream of liberation from Israeli occupation.

Regarding those who accuse Khaled Meshaal and Hamas of so-called terrorism, he stressed that self-defense is a legitimate right in Islam, in all religions and in international law, and what the movement is practicing is legitimate resistance, explaining that countries - including European (which he did not name) - meet the movement secretly and at various levels. different, and most countries of the world relate to it indirectly.

On another topic, the guest of the "The Other Side" program revealed the reasons for his departure from Syria by saying that the decision was taken by the Hamas leadership, led by him, as it saw that the security situation in Damascus was no longer comfortable for the movement to exercise its responsibilities, and the reason that put pressure on it was resentment Syrian officials from the position of Hamas, which Meshaal says stood between the leadership and the people.

In the same context, he acknowledged that the exit of Hamas from Syria affected its relationship with Iran, and that the latter blamed them for their decision, "but the relationship with the Iranians has not been cut off at any moment and is still ongoing and Iranian support continues despite their difficult circumstances."

The Hamas official also clarifies that their relationship with Iran does not mean that it affects the independence of their decision, or that it is at the expense of the Palestinian national interest, or that this means conformity or compatibility with this country or others in other files.

In his speech to an episode of the "The Other Side" program (5/08/2022), Mishaal brings back his childhood memories, especially the moment when he was 11 years old when he was displaced from his homeland Palestine and crossed with his family the King Hussein Bridge in Jordan.

He stopped at the stations of his life and his career, which was characterized by the struggle and secret work in order to "establish the jihadi resistance struggle project", and his going to the Gaza Strip, in addition to his role in reaching a ceasefire agreement during the Israeli war on the Gaza Strip in 2012.

The assassination attempt and the dream of martyrdom

Meshaal also recalls the attempt to assassinate him by the Israeli Mossad on September 25, 1997 in Jordan, and how King Hussein dealt firmly with the Israeli criminal act. And cancels the peace agreement with Israel.

And about the thing that changed in Khaled Meshaal after the assassination attempt, the Hamas official did not hold together and his tears fell as he explained to the presenter of the “The Other Side” program how he felt sad at that time because he was denied martyrdom.

On the other hand, Meshaal restores his relationship with the symbols of the Palestinian struggle, led by the late Yasser Arafat, Sheikh Ahmed Yassin, Ramadan Shalah and others, and talks about his relationship with prominent figures on the Arab arena, most notably the former Emir of Qatar, the Father Emir Sheikh Hamad bin Khalifa Al Thani, who said he knew him. A quarter of a century ago, and among its advantages is that it is authentic and has noble human values.

The Hamas official reveals hidden aspects of his personality and his hobbies, including his love for walking, his practice of football, volleyball, handball, javelin, and Brazilian football when he was young.

Although God Almighty has achieved a lot for him at various levels, his dreams and aspirations - as he says - remain focused on liberating Palestine and going to Jerusalem and the Al-Aqsa Mosque and praying there, and "the greatest dream of all that God seals my life with martyrdom."