Kim Garam, who left Le Seraphim, opened her mouth. He had only left the team for about two months. On the 10th, Kim Ga-ram opened up about the suspicion of school violence through an acquaintance's SNS. 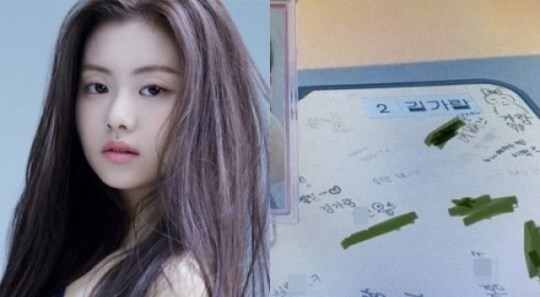 He had only left the team for about two months.

On the 10th, Kim Ga-ram opened up about the suspicion of school violence through an acquaintance's SNS.

He said, "I decided to ask Ms. A because I thought that I was helping a friend who was victimized." "My parents often told me not to pretend not to know a friend who needs help and is having difficulties, but I, too, have the same meaning at this moment." said.

According to the circumstances related to the punishment of school violence revealed by Kim Ga-ram, he had a conflict with Mr. A, who impersonated someone else's SNS account and uploaded a photo of his classmate with his underwear exposed. It has been confirmed that the school violence committee has received a disposition.

In this regard, Kim Ga-ram emphasized that he had never used violence, such as hitting anyone, never had a forced transfer, never smoked, harassed or bullied anyone.

Kim Ga-ram, who has been engulfed in suspicion of school violence since last April, right after Le Seraphim's debut, did not give such a detailed explanation.

However, when Hive, the agency of Le Seraphim, announced in June that Kim Ga-ram had left the team and terminated her exclusive contract, Kim Ga-ram set out to explain the specific facts as if she had made up her mind for the first time in about two months.

The problem is that there is a reaction that Kim Ga-ram's explanation is not enough to completely resolve all suspicions about him.

In some cases, for whatever reason, a large number of students flocked to a single student, swearing at them, and asking for an apology and contacting them through SNS also fell into the category of school violence, and they responded that they could not understand Kim Ga-ram's injustice.

Kim Garam was born in 2005 and is a minor in her first year of high school.

He withdrew from Re Seraphim and has now returned to his normal student status.

There is also an opinion that it is too much of society to criticize Kim Ga-ram or discuss her qualifications for debut.