International report - In Gaza, the double pressure on Palestinian women

Deterioration of political conditions, economic situation, blockade for 15 years, life under occupation. To be a Palestinian woman living in Gaza is already to live with all its constraints.… 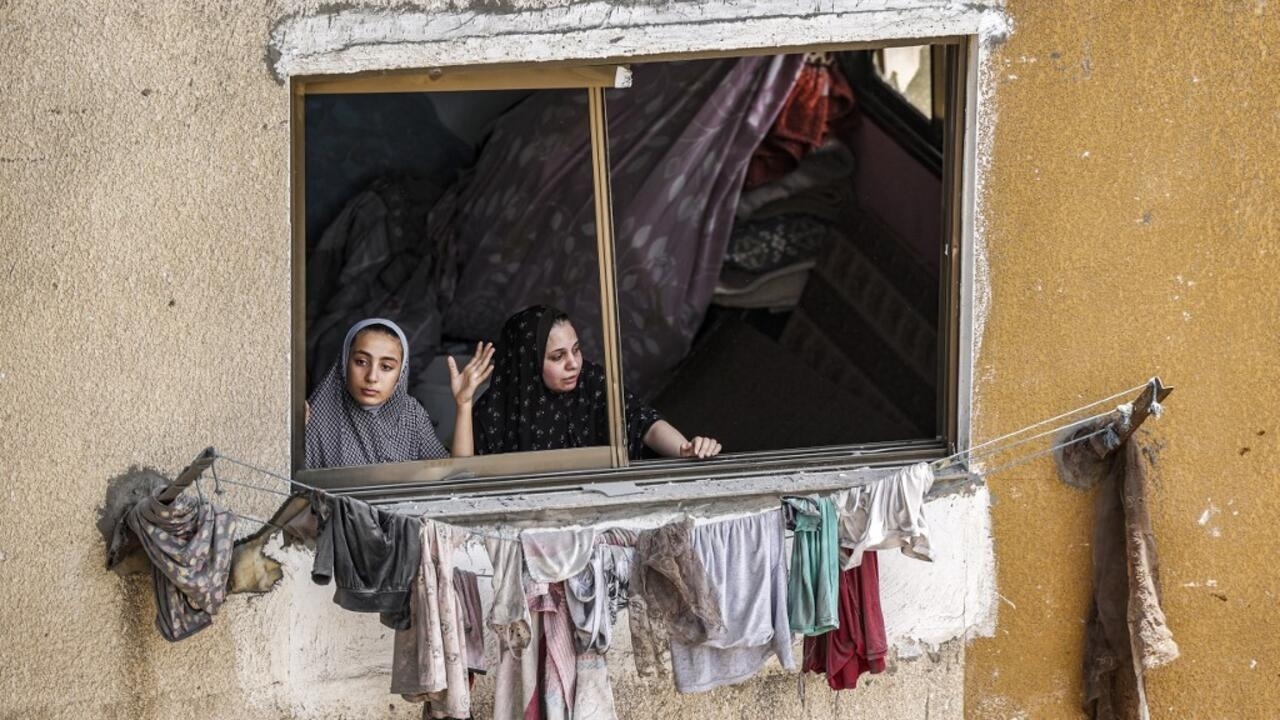 In Gaza, the double pressure on Palestinian women

Palestinian women look out of a broken window to inspect the damage following an Israeli airstrike in Gaza City on August 6, 2022. (Illustration) AFP - MAHMUD HAMS

To be a Palestinian woman living in Gaza is already to live with all its constraints.

Added to this is a patriarchal culture, wars that follow one another.

It is for them that the pressure is the strongest.

Sitting on a bench in the port of Gaza, Suheil Ashar gazes out to sea with her children and newborn baby in her arms.

With the war, the previous days were very difficult.

I stayed locked up, I was scared.

So I wanted to come here to relax a bit.

For me, the sea is the place where I take my mind off things, where I breathe, where I feel good

As a mother, she tells us that she has an extra mental load each time the bombardments return to the coastal enclave.

She is the "head of the family", the one who makes sure there is enough to eat, that the children are not afraid.

With each bombardment, I spoke to them in a softer voice, I sang or I made little sound games so that they were not afraid of the sound of the explosions

In Gaza, while wars psychologically affect the entire population, women are the ones who suffer disproportionately.

Ghada Khalifa, 62, saw her house reduced to rubble, and her main source of money – the three small stalls she rented on the ground floor – go up in smoke.

I am an elderly woman, I am raising my sons, who are young and they are orphans, I have already lost my husband.

Now we are literally displaced, we no longer have a house, we are on the street.

I just want a house where we can be together, something,

I haven't been able to shower for several days, I'm ashamed to use the bathroom outside my home.

She talks about the lack of privacy, the efforts she makes to call relatives and find where to relocate.

She thanks God that she was not hurt.

So when women are injured, it means that they can no longer assume the social roles, the gender roles that are expected of them.

And it's also more difficult when it comes to finding a husband, starting a family

We don't have precise figures, because it's not something on which there are statistics, but we can imagine it: we live in this society and we see it.

Sometimes the impact is indirect in Gaza, says Tamam Mohsen.

► To read also: Israeli military operation in the Gaza Strip: towards a ceasefire?