The "flight tracking" of billionaires, a tool to denounce climate injustices

On social networks, accounts that offer their subscribers to follow the private jet journeys of billionaires online are increasingly popular. One way to put pressure on... 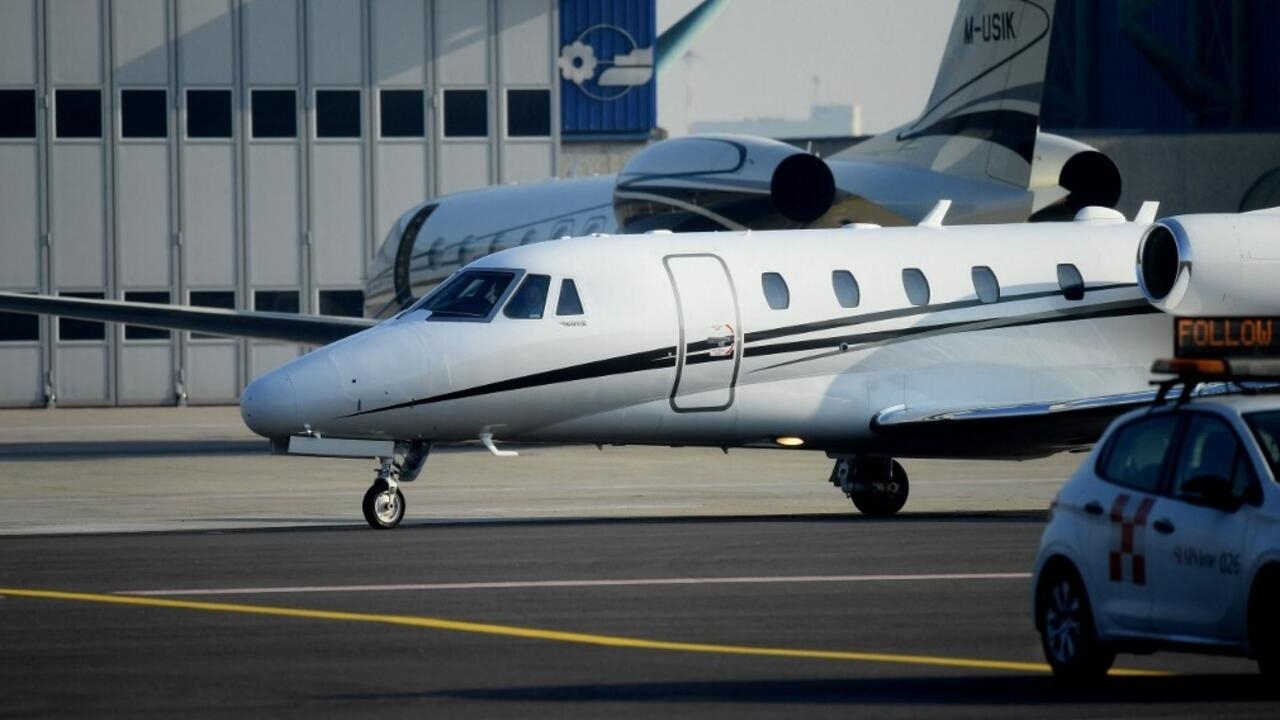 July 18, 2022, Vincent Bolloré's plane makes three flights in the same day: Toulon-Paris then a round trip Paris-Naples with a stopover of only 2.5 hours in Italy.

Result: 16 tonnes of CO2, according to I fly Bernard, a twitter account which, since the beginning of June, has been publishing flight data from private jets belonging to French billionaires such as François Pinault and Bernard Arnault.

Inspired by the Instagram account entitled "Bernard's plane" dedicated to the travels of the boss of LVMH, I Fly Bernard ironically with its 38,000 subscribers on the bewildering journeys made by these private planes.

"A short day in Morocco and already the return to Paris for Martin Bouygues' plane. No doubt a pressing desire to help his compatriots during the heat wave", can we read on July 19.

A short day in Morocco and already the return to Paris for Martin Bouygues' plane.

No doubt a pressing desire to help his compatriots during the heat wave 🙃 pic.twitter.com/zsHZwkWH47

"What I'm trying to denounce is their use of private jets as taxis," the creator of the account, an engineer with an ecological fiber, who wishes to remain anonymous, told AFP.

At the beginning of August, I Fly Bernard published the edifying assessment of the monitoring of the month of July for six planes owned by large French fortunes.

Result: 123 hours of flight for a carbon footprint of 520 tonnes, "the equivalent of the emissions of an average Frenchman for 52 years".

This is the equivalent of the emissions of an average Frenchman for 52 years, 1/2 century!

At a time of energy sobriety, "it's shocking for public opinion when the government is asking the French to make efforts for next winter", analyzes Béatrice Jarrige, project manager within the association. Shift.

To track these private jets, I Fly Bernard relies on open data, in particular the American site ADS-B Exchange, which publishes the flight data that each aircraft must transmit to air traffic control.

The most difficult remains to find the registration of the plane to identify its owner.

On social media, the publication of this flight information regularly causes internet users and climate activists to scream, forcing celebrities to justify flights that sometimes last only a few minutes.

"It's just the planes that are moved to the airport where they are stored. (...) Nobody takes this flight", he explained on Instagram, without being able to convince.

A few days earlier, as temperatures soared in the western United States and firefighters battled giant blazes, Kylie Jenner offered herself a handful of minutes jump in California causing an outcry .

“A good part of airplane emissions is linked to the take-off and landing phases. The shorter the route, the more absurd it is to take an airplane, especially when there are very few people on board. really the caricature of what not to do”, assures Béatrice Jarrige.

Countless humorous photos or videos have also circulated to deride the singer Taylor Swift, after the publication, at the end of July, of an analysis by the marketing agency Yard, which classifies her as "the most polluting celebrity in the world. 'year', with 170 flights since the start of 2022.

Taylor Swift when told she can't take her Private Jet to take out the trash pic.twitter.com/Su0vp86QIn

A spokesperson for Taylor Swift claimed in the press that the star "regularly lends her jet to other people".

"Assigning most or all of these rides to him is totally incorrect."

The private jet, a symbol of climate injustice

Long remained the prerogative of computer enthusiasts, "flight tracking" is increasingly used by environmental defenders to denounce the use of private jets for journeys that could easily be made by means of less polluting transport.

Because if the air sector is only responsible for 2 to 3% of global CO2 emissions, private jets have a carbon footprint per passenger 5 to 14 times greater than commercial flights and 50 times greater than the train, according to a report by Transport. & Environment published in May.

Especially since private aviation is booming.

Since the Covid-19 pandemic, the wealthiest personalities have wanted to avoid the constraints linked to flight cancellations and the presence of the virus in airports.

>> To read: The hydrogen plane, a real false ecological promise?

Beyond its disastrous carbon footprint, these journeys in private jets highlight the gap between the lifestyle of ordinary mortals and that of a wealthy elite.

According to a recent study by Oxfam France and Greenpeace, the financial assets of the 63 French billionaires emit as much greenhouse gas as that of half the French population.

According to Béatrice Jarrige, "flight tracking" can help change the mentalities of the wealthiest.

"These personalities are sensitive to their reputation and this could change their behavior," explains the long-distance mobility expert.

"Especially since it does not seem to be such a terrible punishment to give up the plane for such short journeys".