Queen Letizia and her daughters rush their stay in Mallorca. While King Felipe visits Colombia, for the inauguration of President Gustavo Petro, they have organized... 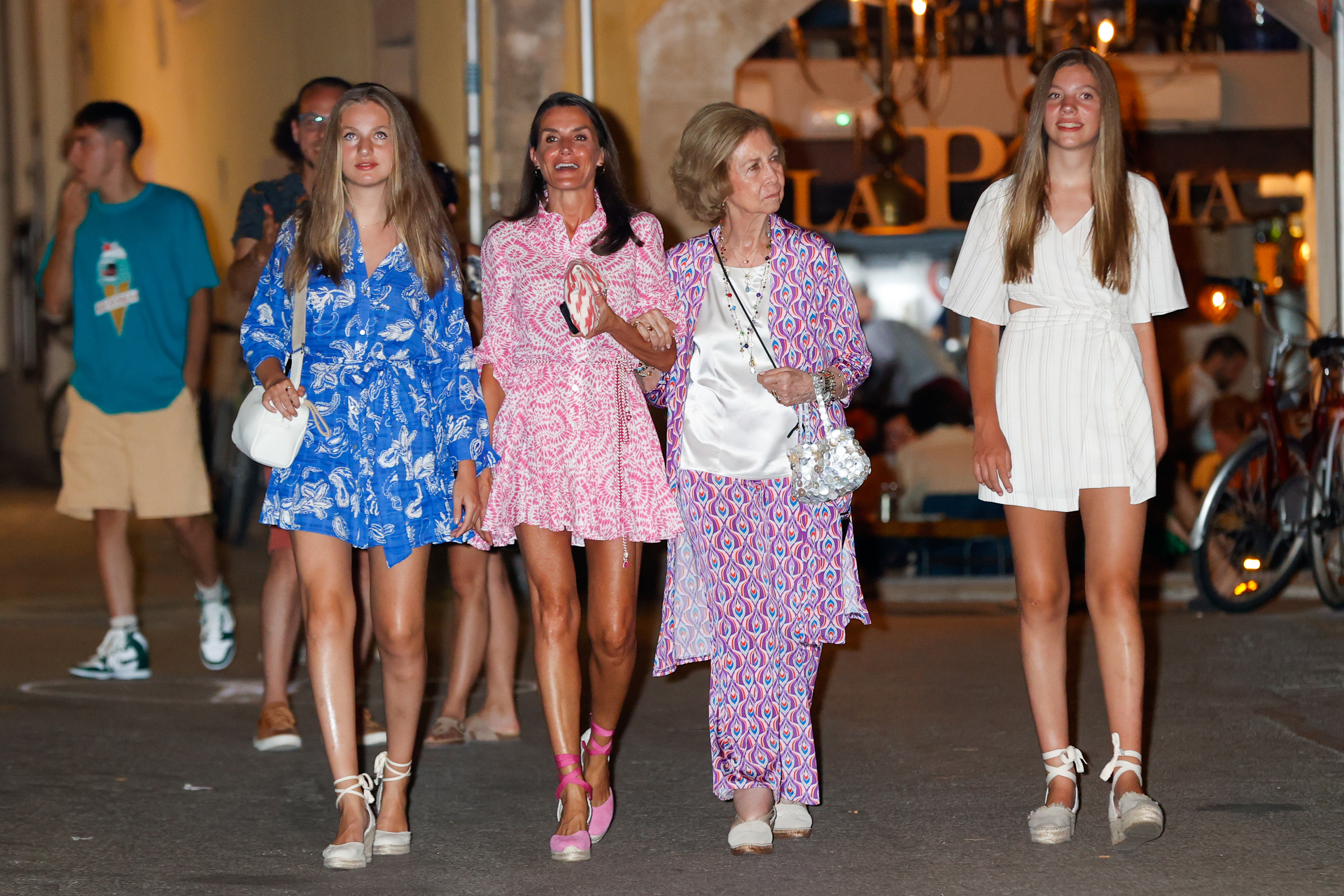 and her daughters rush their stay in

While King Felipe visits Colombia, for the inauguration of President

they have organized a girls' night with

The four have gone to dinner at one of the best-known restaurants on the island, something unusual in recent years, where we have hardly seen the Queen visiting the island beyond official acts.

And something that has also surprised because this summer is already the second time it has happened: just two days ago it was the whole

who came to have an informal dinner at the restaurant Sea wave.

On this occasion, the place chosen for the night out has been one of the most requested on the Balearic island,

After dinner, at midnight, the Queen, her daughters and Doña Sofía visited the city market installed on

leaving an image that had not been repeated since 2019, the last time they went out together, then to go to the movies to see 'The Lion King'.

Queen Letizia in a mini dress

A rare image, as has been the look chosen by Queen Letizia, who this time has defied protocol by changing her usual

length and skirts for a much shorter shirt dress.

design that this season has triumphed at

, and that is now almost sold out.

this season -which costs only 29.95 euros-, the dress has a very flattering cut because it fits at the waist with a contrasting drawstring.

In addition, it has a plus of

thanks to its long sleeves and the white and pink print, very summery tones.

The Queen has combined it with one of her favorite

, which we have already seen in other colors and which she shares with Princess Leonor.

It is a wallet from the Feel Mallorca

made of fabric with a typical tongue print of the Balearic island.

Doña Letizia has also agreed with her daughters in

: all three have worn comfortable

, something common in their night outings on the island.

They have practically worn the same model, although the Queen has worn hers in

, matching the colors of her dress, and her daughters in a basic

She is a pair that had already premiered in Madrid, to attend the Book Fair.

It is a design by

, a made in Spain brand born in Ibiza that manufactures them completely by hand.