"Rebellious rethinking of the past": what film critics say about the film "Fairy Tale" by Alexander Sokurov

On Saturday, August 6, at the international film festival in Locarno, the premiere of the tape "Fairy Tale" directed by Alexander Sokurov took place. The film was warmly received by film critics: many praised the visual atmosphere, and also noted the complexity of the effects with which Sokurov's team managed to "revive" the main characters of the film - Hitler, Stalin, Churchill and Mussolini. However, some of the experts noted the banality and obviousness of the dialogues. The director himself admitted that he was pleased with the positive reaction of the public. Details - in the material RT. 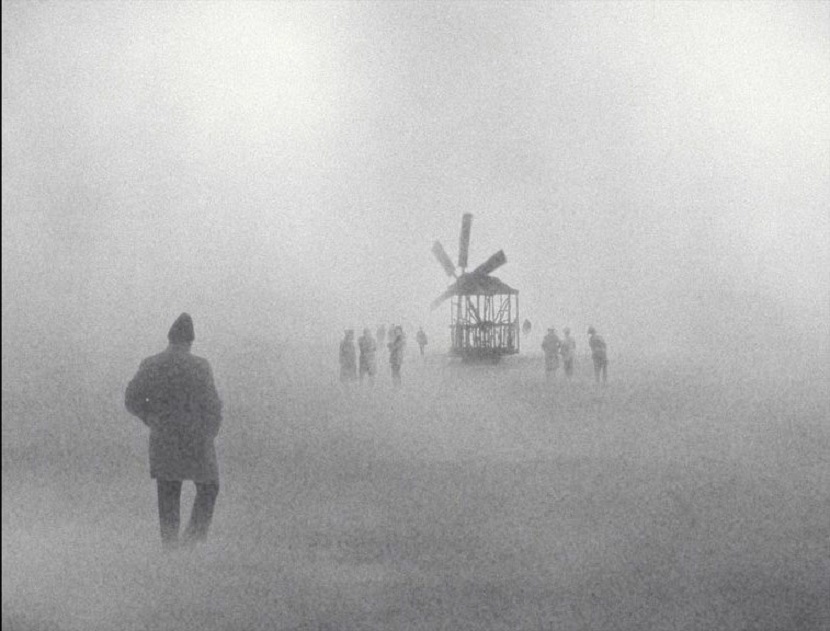 On Saturday, August 6, at the international film festival in Locarno, the premiere of the film "Fairy Tale" by Russian director Alexander Sokurov took place.

The film was shot as part of a joint production between Russia and Belgium.

The monochrome tape is built on dialogues.

The main characters are famous political leaders of their time, such as Hitler, Churchill, Stalin and Mussolini.

The characters communicate, make fun of each other, argue, share their views, and also analyze their lives and what they managed to achieve.

The place where the events take place is a kind of purgatory where the characters stroll and wait for permission to enter paradise.

Each of the characters is fixated on something non-global, ignoring the most fateful deeds in their lives.

For example, Hitler does not talk about the Holocaust, but constantly insists that he should have married the niece of Richard Wagner.

All the characters are concerned that Napoleon is already outside the gates.

The film was warmly received by foreign critics and journalists.

Many noted Sokurov's fantasy, saying that the plot looks like a plot for a joke - "Stalin, Churchill, Hitler and Mussolini met somehow."

Among other things, most film experts noted the gloomy and at the same time bewitching picture and experimental special effects, with the help of which Sokurov's team was able to "revive" historical figures.

Film critic Guy Lodge, in his review for Variety, noted that the Russian director again pushes the formal boundaries and the tone of the film is set at the very beginning, when Stalin lies in a coffin and says that he is not dead and will never die.

He calls Sokurov's purgatory "eerily beautiful" and believes that the characters fit perfectly into the atmosphere of calm and chaos typical of the Russian director.

“The fact that they talk and talk in the film, but in the end very little is said, is perhaps the whole point of “Fairy Tale” - a very high-quality film in terms of technical solutions and artistry.

Fog prism and deepfake technology are being used to resurrect these noisy ghosts of the past, only to present them as vain, monotonous morons fixated on their petty obsessions that torment them much more than their larger political activities,” writes Lodge.

The complex special effects were also praised by Nicholas Bell in a review for Ioncinema.com.

He states that the film is "a rebellious reimagining of the past as well as a hypnotic provocation."

According to the expert, in "The Tale" Sokurov reflects on the fact that the privilege of power is not limited to death.

The Fairy Tale is more of a compelling arrangement than an enjoyable movie.

Although Sokurov filmed some shots, most of the film palette is perceived as real shots of the historical chronicle, corrected for dubbing by the actors, ”the critic noted.

Neil Young, a critic from Screen Daily, thinks that "Fairy Tale" is essentially a logical, if belated, sequel to another film by Alexander Sokurov, "La Francophonie", in which the ghost of Napoleon roamed the Louvre.

“This mischievous undertaking is covered with a captivating halo of permissiveness,” the reviewer describes the film.

According to Yang, the new tape is completely different from what the audience will see in theaters this year.

The critic predicts the participation of the film in other film festivals in Europe.

“Perhaps a film that, for good and for worse, is completely different from any of the other film premieres of this year with its uncompromising and assertive personality, is even waiting for theatrical distribution in countries with such responsive audiences as France and Italy,” shares his opinion cinema specialist.

Leonardo Goy, in a review for The Film Stage, drew a parallel between the film, Dante's Divine Comedy, namely the preamble of diving into hell, and the show of the British comedy group Monty Python.

The film critic noticed the detail and entourage of the picture.

The "Fairy Tale" is replete with all sorts of details - bewitching and sinking into the soul.

All frames are shrouded in a silvery mist, dust particles swirl and sparkle everywhere, like radioactive fallout, ”writes Goy.

However, the expert states that despite the gloomy atmosphere, the tape is more like a "farce", in which the main characters are deprived of their greatness and ridiculed by the creator.

Goy also mentioned the cyclicity of events: conversations go in circles, he calls it a journey without beginning or end.

Critic Diego Lehrera from Spain, in turn, noted the obviousness of some dialogues - what the characters say to each other, in his opinion, is less interesting than the idea itself and its artistic depiction.

Diego Batle has a similar opinion - the Spanish critic calls the characters' conversations rather banal, but believes that Sokurov compensates for this with an "impressive" visual design.

Meanwhile, the director himself admitted that despite the complexity, the film was well received at the film festival.

“The film was accepted and understood, I am very happy about it.

Although the film is meaningful and difficult,” Alexander Sokurov told TASS.

The creator of "Fairy Tale" also said that in Russia they are waiting for the premiere of the tape.

According to him, representatives of cinemas from different regions of the country are applying to show the film.

The international festival in Locarno started on August 3, where guests will be able to see 226 films from 113 countries.

It is known that the tape will be shown three more times.

In addition to Russia, films from Azerbaijan, India, Portugal, Germany and France participate in the main competition.