The rainy season is over and the heat wave is coming... Heat forecast for this week

The rainy season is practically over and the heat is back again. A heat wave warning has been issued for most of the country today, and the heat is expected to continue throughout this week. Correspondent Kim Heung-soo. 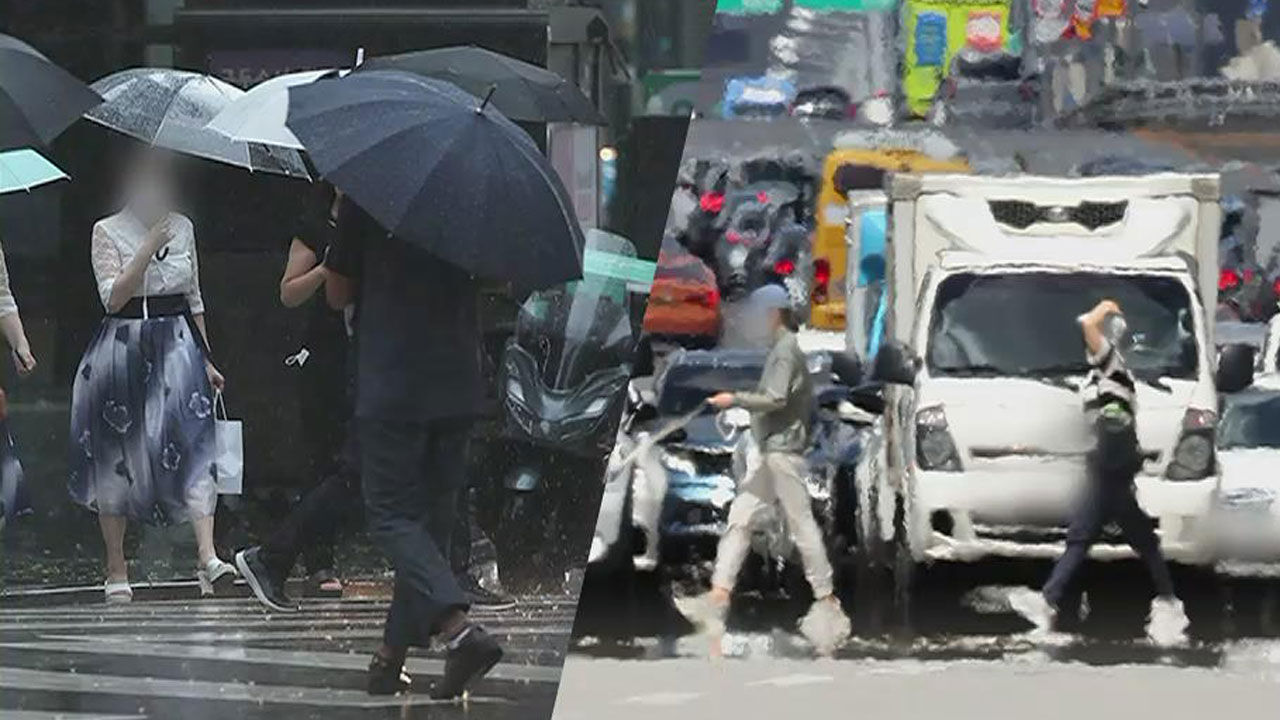 As the rainy season is practically over, the heat has come again.

A heat wave warning has been issued for most of the country today (25th), and the heat is expected to continue throughout this week.

The scorching sun is shining strongly under the clear blue sky.

Raindrops fell until the morning of today (25th), mainly in the southern regions, and the rainy season is practically over this year.

This year, it rained heavily in the central region.

The central region receives an average of 378 mm of rain during the rainy season, but this year it rained 745 mm in Pocheon and 622 mm in Cheorwon and 552 mm in Seoul.

On the other hand, Gwangju received only 209 mm of rain and Daegu 124 mm, which was less than the average annual rainfall of 341 mm.

As soon as the rainy season is over, the heat is rampant.

[Kim Joo-hyun / Namyangju-si, Gyeonggi-do: It's too hot, so I think it can't be done without Yangsan.

That's why I'm carrying a parasol.]

This is because the high pressure in the North Pacific, which is driving the heat wave, begins to move north in earnest, pushing up the rainy season front to the north.

With a heat wave warning issued for most of the country today, the heat wave continued, with the daytime temperature in Daegu exceeding 34 degrees.

The Korea Meteorological Administration predicted that the heat wave of around 33 degrees will continue throughout this week.

Depending on the region, there may be showers due to atmospheric instability, but after the rain stops, the temperature will rise again and the heat is expected to continue.

The Korea Meteorological Administration said that tropical nights will also appear during the night and urged people to take care of their health.