It has been raining heavily since this morning, mainly in the southern region. In some places, the retaining walls collapsed due to the pouring rain, and in others, the basement of the apartment was flooded. 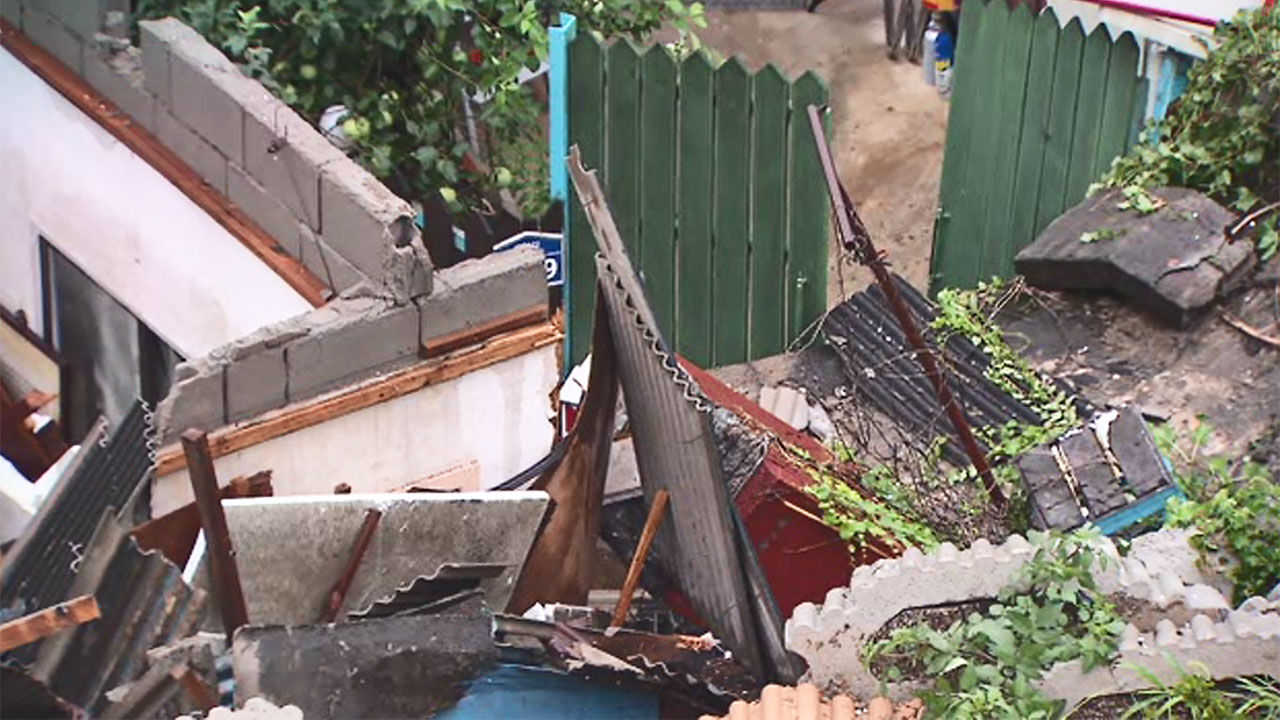 It rained heavily from the dawn of today (18th), mainly in the southern region.

In some places, the retaining walls collapsed due to the pouring rain, and in others, the basement of the apartment was flooded.

The heavy rain warning has been lifted, but light rain is expected to continue through the night.

Reporter Yoo Deok-gi will tell you.

is a village in Hadong, Gyeongnam.

Large blocks are scattered here and there, and rainwater-laden silt continues to flow.

The cause of the collapse of the retaining wall is presumed to be the torrential rains in the area.

[Kim Soon-ak/Nearby residents: There was a thunderous sound as there was a lot of smoke.

We thought an earthquake was coming.

house under the retaining wall was completely destroyed by crumbling blocks and soil.

Fortunately, it was an empty house, so there were no casualties.

As heavy rain is expected in the southern region, the Ministry of Public Administration and Security has activated the first stage of the major script from 4 a.m. today.

Heavy rain warnings were issued for Gyeongnam and Jeollanam-do, and 68mm of rain fell in Jindo, Jeollanam-do for an hour.

24 firefighters were dispatched to large and small accidents caused by heavy rain, such as flooding the basement of the apartment building and pouring dirt on the road. Fortunately, there was no major damage.

Currently, all heavy rain warnings have been lifted and the rain has subsided, but we need to be careful as there is rain news tonight as well.

National park trails in the southern regions such as Jirisan and Naejangsan are still completely controlled.