An unpublished self-portrait of Vincent Van Gogh, with his ear intact, was found behind another canvas by the Dutch painter, the National Gallery of Scotland has reported in... 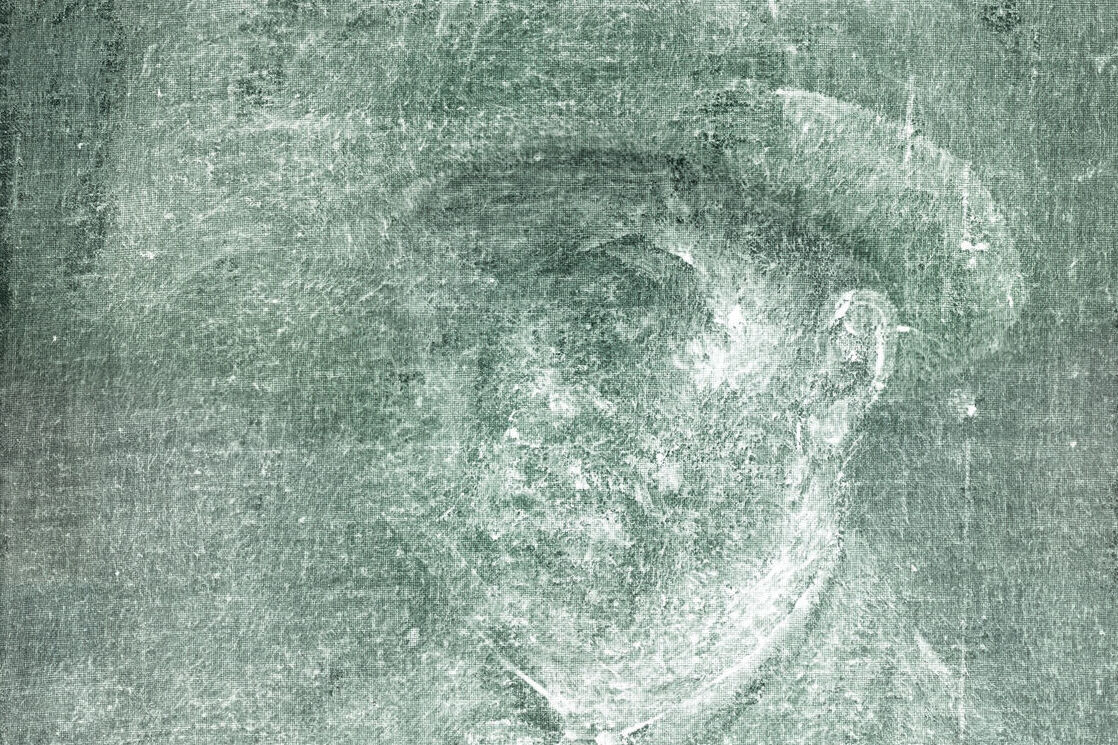 , with his ear intact, has been found behind another canvas by the Dutch painter, the

in Edinburgh has reported.

The work was discovered thanks to

of the canvas "Portrait of a Peasant Woman", made in 1885 by

, before an exhibition on Impressionism at the Scottish Museum.

The portrait was found

on the back of the canvas

, covered in layers of glue and cardboard, which appeared to have been placed before an

exhibition in the early 20th century

, of course we were very excited," said Lesley Stevenson, Senior Curator at the

," said Frances Fowle, curator at the National Gallery of Scotland.

"We have discovered an

, one of the most important and best-known artists in the world," he added.

is known for having reused fabrics to

This self-portrait shows a seated

wearing a hat and a neckerchief.

, which the painter cut off in 1888, is perfectly visible.

, from July 30 to November 13, visitors will be able to see the work, reproduced by radiography.

now have to study how to remove the glue

to separate the two paintings without damaging them