A large wave of new theme dramas! "Tang Palace Night Banquet" as many as 81 sets

Sino-Singapore Entertainment, July 6th, "Our Ten Years of Tang Palace Night Banquet" produced by Huace Group was successfully completed on July 6th. With the completion of this unit, the eleven units of "Our Ten Years" have successfully completed the shooting of four units of "Sharpening the Sword", "Three Meals a Day", "Perseverance" and "Evening Banquet in the Tang Palace", and the other seven 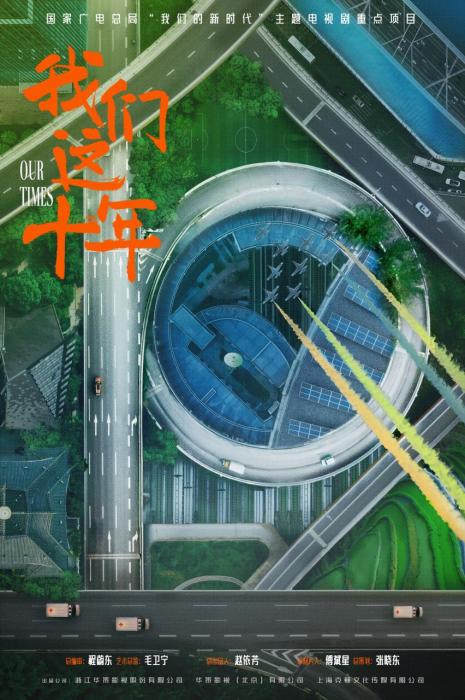 With the completion of this unit, the eleven units of "Our Ten Years" have successfully completed the shooting of four units of "Sharpening the Sword", "Three Meals a Day", "Perseverance" and "Evening Banquet in the Tang Palace", and the other seven units-" "Love", "Qianhai", "Xixiang Bright Moon", "Light of the Desert", "Where My Heart Wants", "Ideal Life" and "The Future Has Come" are also being filmed or will be launched soon.

At present, "Sharpening the Sword", "Three Meals a Day", "Perseverance" and "Tang Palace Night Banquet" of "Our Ten Years" have been successfully completed.

Directed by Mao Weining, starring Guo Xiaodong and Zhu Tie, "Sharpening the Sword" takes "National Defense and Army Construction" as its theme. It tells about the transformation of a Tiger Regiment of the Army into a heavy-duty synthetic brigade. The head of the Army, Chen Jianfeng, led the officers and soldiers to overcome many difficulties, in order to fulfill the new era. The story of the people's army's mission and hard work.

"Three Meals a Day" is directed by Mao Weining, written by Hao Yan and starring Hou Yong and Jiao Junyan. It tells the story of a father and daughter who made a fortune on the common food rice rolls and opened a high-end restaurant.

Directed by Yang Yang and starring Yan Ni and Yang Liu, "Perseverance" shows the appearance of all beings under the influence of the epidemic. Several groups of characters form a network of characters that stick to the front, connect with each other, and help each other, expressing "When you are working for others. When you are carrying a heavy load, there are also people who are silently protecting your family.” The warm concept.

Directed by Liu Haibo and starring Bai Baihe and Zhang Huiwen, "Tang Palace Night Banquet" is a masterpiece that reveals the stories behind these "explosive models".

This unit is based on the creation of Henan Satellite TV's Spring Festival Gala dance program "Tang Palace Night Banquet", and tells the creative story behind the "popular style".

Under the circumstances of large scale, many units, tight schedule, heavy tasks, and strict epidemic control, the crew of "Our Ten Years" made efficient progress, made excellent production, and strictly controlled quality.

Fu Binxing, President of Huace Film and Television Group, introduced: "Since the planning and creation of "Our Ten Years" for more than 9 months, the TV Drama Department of the State Administration of Radio, Film and Television has specially convened more than 30 planning meetings and script demonstration meetings for this project, and issued more than 20 letters. and telephone communication, and fully support the topic selection planning, wind collection research, preparation and shooting work of each unit.”

Up to now, the four units that have been completed - "Sharpening the Sword", "Three Meals a Day", "Perseverance" and "Tang Palace Night Banquet" have all overcome many difficulties.

For example, during the filming of "Three Meals a Day" in Guangzhou, the crew encountered continuous typhoon and rain.

In order to build the main scene on time and ensure that the shooting goes on as scheduled, the crew built scaffolding dozens of meters high overnight, and put up rain cloths and fortified canopies on the set despite the violent storm.

The crew was caught in the rain and sweat, worked overtime every day, and did not dry their clothes and shoes. In the end, with the joint efforts of everyone, the construction of the main scene was completed in 16 days.

In addition, in order to truly restore the "Cantonese flavor" of the unit, all the actors in the play specially learned Cantonese, and communicated in Cantonese in their daily conversations.

The filming location of the rice noodle shop in the play is located in Xiaohonglou, Lizhiwan, Liwan District, Guangzhou.

After the art director and director Mao Weining restored the scene, on the basis of the original Xiaohonglou, he decisively added an arcade that can better reflect the characteristics of Guangdong, and accurately restored the original Cantonese-style old street.

"Tang Palace Night Banquet" experienced the hottest period in Zhengzhou from the setting of the scene to the start of shooting.

Zhengzhou had 20 high-temperature days in June, with a maximum temperature of 42.3 degrees.

All the crew members worked under the scorching sun, and their clothes were soaked with sweat.

The staff of the scene setting team worked hard for 28 days in the sweltering heat, and completed the construction of important scenes on time.

Among them, a snow scene was also set up due to the needs of the plot.

It is really not easy for actors to wear thick down jackets to perform the feeling of winter in a hot day.

In addition, because the play involves flashbacks and dance performances from multiple eras, there are 81 sets of costumes for the two leading actors alone. The special costumes also involve 6 sets of dance costumes and Tang Dynasty costumes. The workload of makeup can be described as huge.

There are a lot of dance rehearsals and performances in the play, so the actors in the play have dance foundations, and all the members join the group in advance for professional training.

It is worth mentioning that Zhang Huiwen, the protagonist of folk dance, had an old knee injury before.

This time, her old injury relapsed during the filming process, causing water accumulation in her knee, but Zhang Huiwen still persisted despite the injury, endured the pain, and danced over and over again with a smile on her face, which was touching.

The seven major units start shooting and look forward to

Next, "Our Ten Years" will be launched one after another, completing the seven "Love", "Qianhai", "Xixiang Bright Moon", "Desert Light", "Where the Heart Wants", "Ideal Life" and "The Future Has Come". Shooting of the unit.

Among them, "Light of the Desert", directed by An Jian and starring Wang Kai and Yuan Hong, tells the story of the Chinese builder Chen Yu who went to Egypt to join hands with the Egyptian people to build a green and clean energy base and create a better life together; "Ideal Life" "With the background of Yiwu Import Commodities Expo and China-Europe Class Column, it tells the story of the Chinese girl A Xiang and her Spanish grandfather reaching a settlement with the help of Peter Cao, the head of the International Department of the Import Expo, and Ouyang Wen, the director of the imported food company, winning love through the import exhibition to open up the market. A vivid story of double harvest in career; "The Future Has Come" takes "Science and Technology Self-reliance and Self-improvement" as the theme, and tells the struggle of two generations of scientific research workers to complement each other, overcome difficulties, achieve breakthroughs in 5G technology, and make Chinese standards recognized by the world.

It is understood that the whole drama "Our Ten Years" is expected to complete the shooting and post-production in September, and land on satellite TV and online platforms in October or November to meet the audience.