Identified a new variant of Covid, Ómicron BA.2.75, with more capacity to 'escape' from vaccines 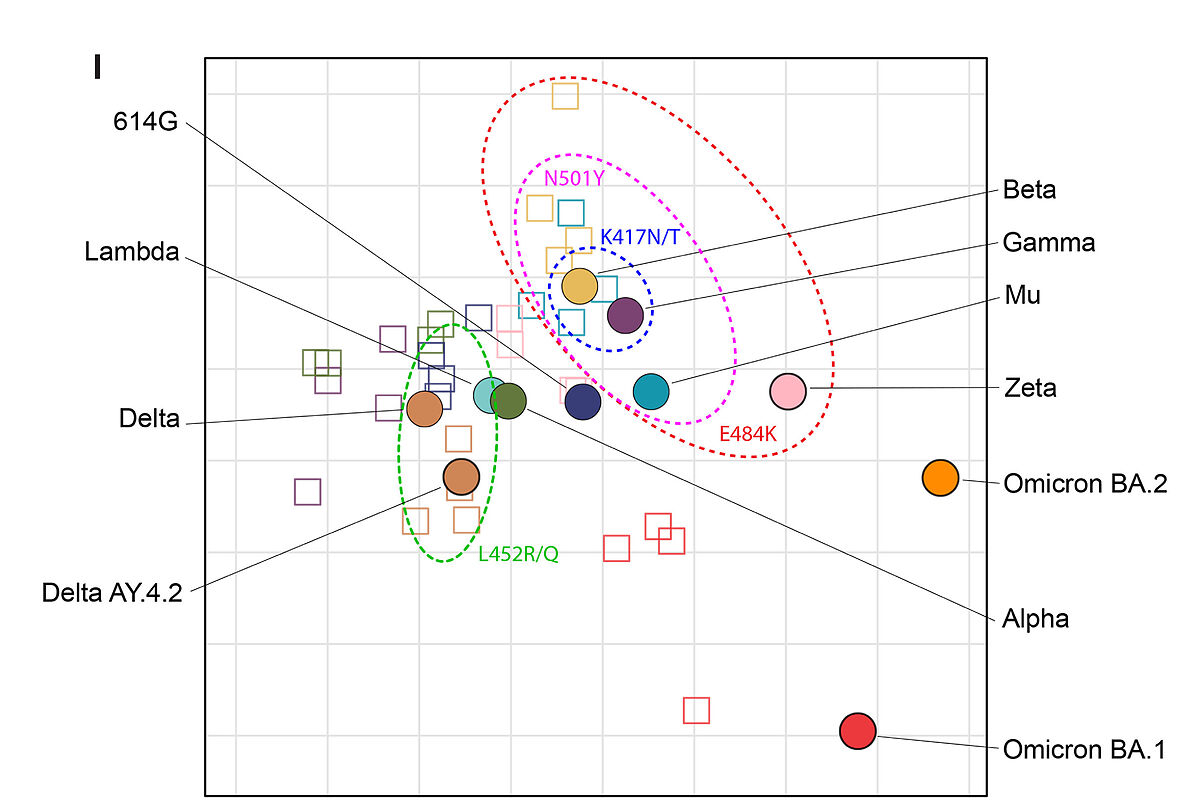 Studies by epidemiologists and geneticists following

aim to discover and analyze globally stored genome data (for example, in GISAID, the international platform for collecting sequenced

that could be worrying.

In particular, after a few weeks of BA.2 prevalence,

BA.5 is taking over.

These days, however, the eyes of scholars are focused on a subvariant that derives not from

This is a variant with the potential to become of concern and therefore to be closely monitored.

It should be noted that there are still very few confirmed cases,

but apart from a larger cluster

, the geographic distribution is already international (with Australia, Canada, Germany, UK, and New Zealand depositing at least one sequence), which would rule out sequencing errors.

, a virologist at the Department of Infectious Diseases at Imperial College London:

has 45 mutations in common with

In particular, it differs considerably from the

, synthesized by scientists at the Laboratory of Protein and Virus Evolution at Fred Hutch (USA), is one of the most potent

Therefore, the forecast for BA.2.75 is for

an even greater ease in overcoming the antibody barrier

created by vaccinations or a recent

will have less effect on antibodies in people with a previous

Therefore, the antigenic advantage of

to "simulate" vaccine antibodies is increasing, also because the distance of the variants that have followed over time from the original

virus (on which the vaccines were designed in use) is abysmal,

the strains are very different from each other even within Omicron

: this implies greater difficulty in curbing infections, which means greater transmissibility of viruses and more people who get sick again.

On the other hand, the protection still offered by vaccines against severe

However, the success of any variant also depends on

Until now, the infectious capacity of

in Spike protein, but it remains a difficult variable to measure experimentally and

can only be estimated once there is enough epidemiological data

to see how it is transmitted in the human population.

Nothing is known, however, about the

, which is measured only in the field, in hospitals.

However, so far, the virus has not gone in the direction of increasing its pathogenic impact and it is thought that this may be the case again.

In any case, the

analysis of the sequences

remains essential to understand in which direction the

is moving and, above all, to plan timely interventions.

It is also important to understand which variants and features

will need to focus on , which risk chasing the succession of