Europe, divided in the key vote for gas and nuclear to be considered 'green' in the midst of an energy crisis

The European Parliament will vote today whether to approve the European Commission's proposal to include gas and nuclear energy in the list of economic activities... 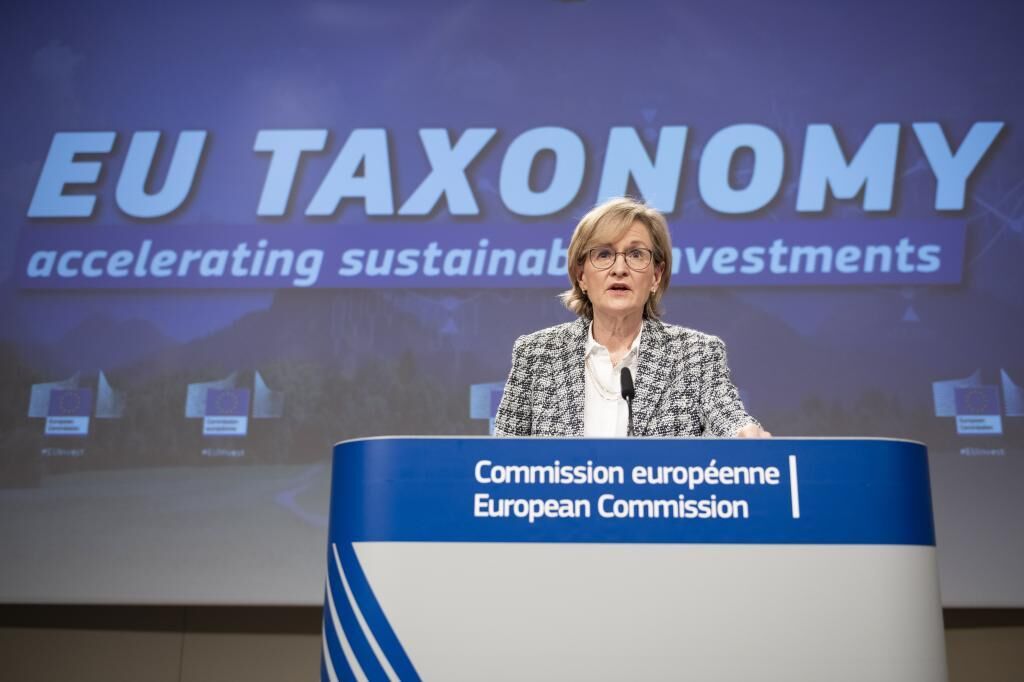 The European Parliament will vote today whether to approve the European Commission's proposal to include gas and nuclear energy in the list of environmentally sustainable economic activities, which is known as green taxonomy.

In other words, Strasbourg must decide whether these two sources can be considered renewable precisely as support during the transition to what really is, which currently cannot produce all the electricity that countries and economies need on a daily basis.

And it will have to do it in a context -geopolitical in general and gas in particular- very different from the one when Brussels gave its approval, on February 2 of this year.

That is, three weeks before Russia invaded Ukraine.

What the green taxonomy seeks is to accelerate decarbonization with the support of sources that generate lower emissions (gas) or without emissions, but that leave very problematic residues (nuclear).

the nuances that must be made to consider both sources clean

and the brake that it can mean for other totally renewable sources, which will opt for less aid and investment to compete with them.

In addition, the objectives set for 2030 and 2050 and the very deadlines established by the Commission (2030 for gas and 2040 for nuclear) also mean that investing now in these technologies gives much less time for their amortization.

Following the Brussels decision, Parliament and the Council have until July 11 to veto this proposal.

And it will have to be withdrawn or modified if it is rejected by the absolute majority (ie 353 deputies) of the European Parliament with this vote (actually, the objection to the delegated act is voted on, so doing it against means accepting the taxonomy).

In the days before there was some uncertainty in Strasbourg.

It is expected that there will be a substantial rejection, but that the number of votes necessary for it to materialize will not be reached.

In the corridors of Parliament, an even greater rejection of a vote being secret was being considered, which, in principle, will be nominal, although it could change if a fifth of the chamber requests it.

On Tuesday the possibility was discussed and, again, there was a division of opinion.

They had already been advanced by the Economic Affairs and Environment commissions on June 14, when they voted against the proposal.

In total, 76 MEPs showed their rejection of putting the green label on gas and nuclear.

It is not a binding vote, in any case, and it is relatively normal for there to be opposition.

In fact, something similar happened in Brussels, where the Platform for Sustainable Finance, a think tank that advises the European Commission, published a report against the taxonomy before its approval.

Not all MEPs agreed with her, of course.

, for example, was harsh in explaining that the regulations "send the wrong message to European citizens" by labeling as green what is not: "We know the role they will play in guaranteeing the ecological transition, but here we don't we are talking about the mix, but about the taxonomy".

That is, they could continue to receive private financing.

Greens and the left, in general, also had combative messages, such as the vice president of the group on the left,

She directly questioned McGuinness, whom she accused of "exceeding their powers to continue benefiting the energy oligopoly that continues to parasitize public interests."

"We need to reduce the consumption of fossil fuels, including gas."

Even among those who supported the taxonomy there were nuances and footnotes.

They argued that it is a patch, but essential, or accused Germany - one of the economies that depends most on gas - of being the main culprit in this situation that leaves Europe with its hands tied and with no other solution than to oppose the objection.

, for example, explained that adopting the delegated act "is the only way to respect the Paris Agreements", while

, like other deputies, recalled that in the midst of an energy crisis it is vital for many countries to access sources of electricity that, due to their circumstances, renewables do not offer.

What has changed in these months is the framework.

At the energy level, both the gas combined cycle plants -capable of producing energy practically on demand and immediately- and the nuclear ones -which fulfills more the function of constant background generation of coal- continue to work the same and continue to supply the same shortcomings of the national generation systems.

However, what has changed a lot is

how and where the fuel

they require to operate is obtained, which largely comes from Russia.

Giving up gas has become a weapon with which to hit the government of Vladimir Putin, but he also uses it to punish his enemies by turning off the tap.

"The context has changed," summarizes the vice president of Renew Europe and head of the Citizens' delegation in the European Parliament,

, in a conversation with EL MUNDO .

we have to use other backup energies

In this sense, Garicano also details that the International Energy Agency "is telling the countries that are closing the nuclear power plant not to do so" because "

Thus, Europe tries to abandon Russian gas, but to do so it must turn to other exporters and it is not always easy.

There are alternatives, but not immediate.

Gas pipelines are not built overnight, far from it, and the same question weighs on them as on taxonomy: whether it is worth the effort and investment to adopt a solution that will only be temporary.

In this context, even the LNG that arrives by ship cannot meet the needs of a Germany that does not have the capacity to receive it on a large scale and depends so much on everything working exactly as before.

Spain, in any case, is in a much more privileged position.

It has the ports, it has a gas pipeline -although it also depends on fragile diplomatic relations-, it has the possibility of connecting Europe with fuel and, above all,

it has more homework done

It still depends on gas and nuclear, but to a lesser extent (on Tuesday they contributed 23.9% and 19.8% of the mix, both below the 24.6% of wind power) and without it seeming that this will have to increase. dependency (not that of coal, the German alternative) in the new context.

The Government was opposed to the taxonomy and the truth is that, despite the fact that a few weeks ago Spain reached percentages of generation using gas not seen in years, it hardly resorts to fuel and even less to Russian, which already before the war represented about 10% of the total.

Therefore, Europe's decision could define the role of the country, even if it is with a taxonomy that it rejects.