"Fantastic story": Alexander Sokurov's film "Fairy Tale" was included in the program of the festival in Locarno

The film by Alexander Sokurov "Fairy Tale" was selected for the main competition of the International Film Festival in Locarno. The plot of the tape is kept secret, but it is known that it will be connected with the events of World War II. The director himself calls the film a "fantastic story" and notes that it is made extremely difficult in terms of technology. Previously, films by Kirill Serebrennikov, as well as Natasha Merkulova and Alexei Chupov were presented at major European film festivals. 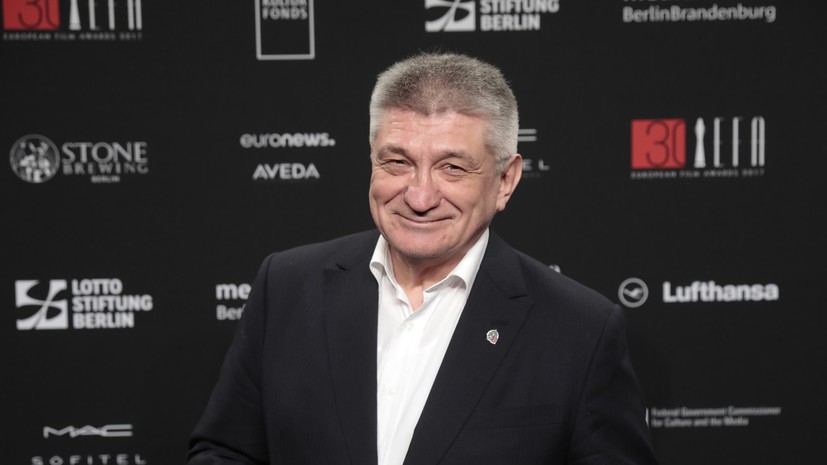 The new film by Alexander Sokurov “Fairy Tale” was included in the main competitive program of the International Film Festival in Locarno, Switzerland.

The tape tells about the events of World War II.

The director himself calls his film a "fantastic story."

Earlier, he said that there are many actors in the “fairy tale”, and the project itself was very complicated from the point of view of technology.

At the same time, Sokurov does not disclose the details, the plot of the tape is also kept secret.

I am sure that you obviously do not expect this, ”Fontanka.ru quotes Alexander Sokurov.

Filmmakers from India, Azerbaijan, France, Belgium, Italy, Germany, Brazil and other countries will compete for the festival prizes together with the Russian director.

The main competition included the films of Cannes Film Festival laureate Patricia Mazuy Bowling Saturne and winner of the show in Berlin Nikolaus Geyrhalter Matter Out of Place.

The winners will be selected by a jury headed by Swiss producer Michel Merkt (Capernaum, Sisters Brothers, Dylda).

The Locarno International Film Festival will be held from 3 to 13 August for the 75th time.

The organizers of the review set themselves the task of collecting innovative projects and filmmakers, "who will soon be talked about by everyone."

The participants of the festival in different years were Marlene Dietrich, Jean-Luc Godard, Quentin Tarantino, Anthony Hopkins, Isabelle Huppert and many others.

Filmmakers such as Eduard Tisse and Andrey Moskvin (Ivan the Terrible), Anatoly Golovnya and Tamara Lobova (Admiral Nakhimov), Grigory Alexandrov (Glinka the Composer), Vladimir Kaplunovsky (The Captain's Daughter), Boris Yashin ("Autumn weddings"), Gleb Panfilov ("There is no ford in the fire") and others.

While some foreign organizations, against the backdrop of a special operation in Ukraine, decided to boycott Russian cultural figures, the organizers of the International Film Festival in Locarno announced back in February that they would not do this.

They noted that they stand for "freedom of expression and for cinematic art in all its forms."

“The Locarno Film Festival does not intend to boycott Russian films, as cinema is a voice for diversity and creativity in all countries,” Deadline quoted them in a statement.

Earlier it became known that the film by Russian directors Natasha Merkulova and Alexei Chupov "Captain Volkonogov fled" was included in the program "Horizons" of the 56th International Film Festival in Karlovy Vary.

The organizers of this review also openly spoke out against the boycott of Russian cinema, despite the demands of Ukrainian filmmakers.

In addition, Russian films were selected for the programs of international film festivals in Transylvania and Munich.

In Transylvania in June, as part of the main competition, the work of Lado Kvatania "Execution" was shown.

The main prize in the end went to the director from Bolivia, Alejandro Loyas Grisi, for the film Utama.

At the recently completed Munich International Film Festival, three films of Russian production were shown at once.

Among them are two works by Kirill Serebrennikov, The Petrovs in the Flu and Tchaikovsky's Wife.

One of the sections also included the painting "Captain Volkonogov fled."

The organizers of the show emphasized that when compiling the program they focused on Ukrainian cinema, but they considered it necessary to show “significant modern Russian films”.

At the same time, protests against Russophobia were held in a number of European cities, and Claudia Roth, Minister of State for Culture and the Media of Germany, spoke out in defense of Russian culture.