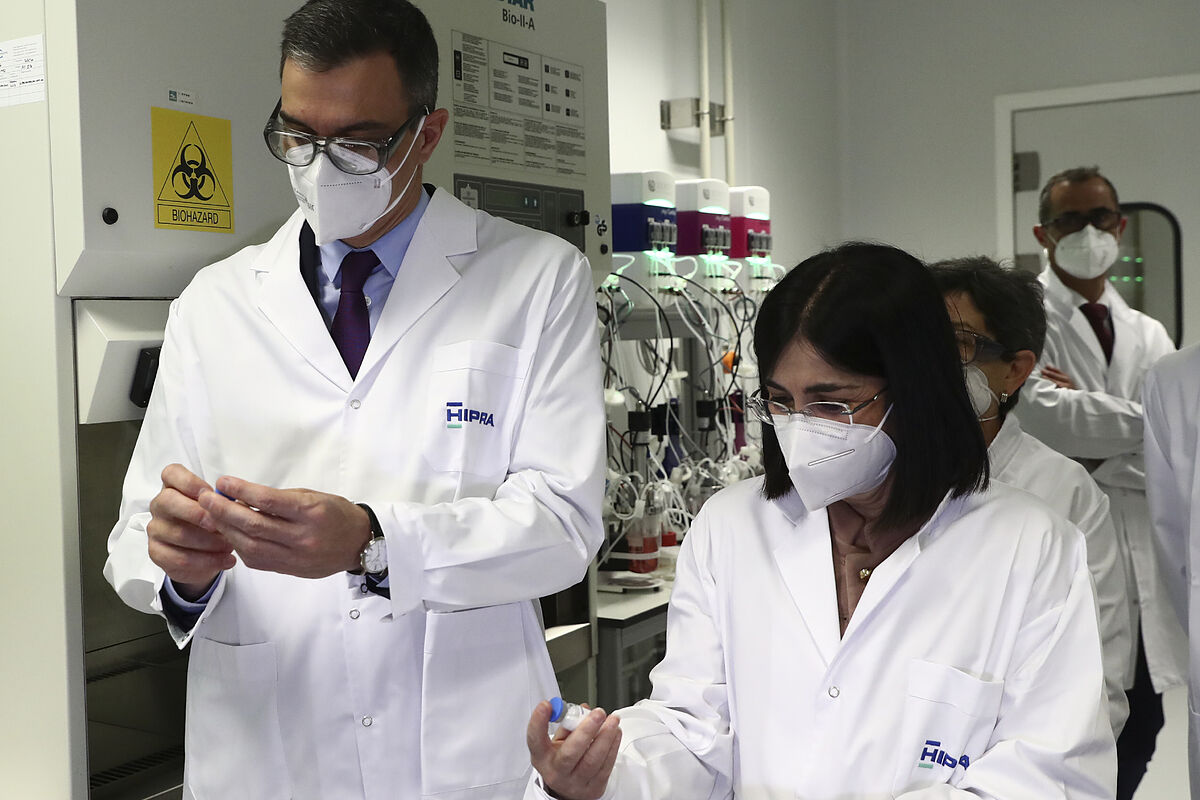 "What Sánchez [President of the Government] has said that he

was going to stabilize 67,000 health professionals is a radical lie

. No one is going to be stabilized. The change that will be made to the law is to seek the supply of places that were occupied with temporary character, but that is done by the health services, not by the Government".

With these words, Tomás Toranzo, president of the State Confederation of Medical Unions (CESM), corrects the statements that the Prime Minister made in an interview with

, in which he stated;

"We are going to make 67,000 health professionals permanent in Spain".

For this, the Government will approve today a royal decree-law that is an

of the Framework Statute (EM)

, the law that regulates the working conditions of statutory health personnel, and the first step in a long and complex stabilization process that, on paper,

it should be finalized by December 2024

, and that the unions in the Bargaining Area and the communities agree that it is not without many complications.

Law 20/21 of December 28 on urgent measures to reduce temporary employment in public employment was the first step for this partial reform of the statutory norm that should tackle the enormous rates of temporary employment that exist among health personnel, the most affected by labor instability in the public administration.

to say, however, that the new anti-temporary law, from which the decree emanates,

to end the abuse of temporary contracts and stabilize interim workers long-term that have unjustified temporary rates.

The president of the majority union among doctors explains that

"what the Council of Ministers approves does not stabilize a single health worker. It is a specific modification of the Framework Statute, so that, as of its publication, temporary contracts are as few as possible ".

Toranzo acknowledges that "there was a structural problem, with a temporality that was already consolidated and that corresponds to the vacancies above the workforce. Now it is over and they will not exist; this, in itself, is already a mechanism for the temporality is less".

The long and, at times, complicated negotiations with the unions and the repeated meetings with the autonomies have resulted in

In this sense, the president of CESM explains that "the processes of stabilization of vacancies have already begun; job offers have already been made because the law required that they be made before May 31."

Those 67,000 places, Toranzo points out, "are already published in the official bulletins of each community

and are identified in each site (so many for trauma, so many for ENT, which ones go to the opposition contest, which ones to the merit contest...). Everything That has been done by the regional health services. Tomorrow [for today] nothing will be approved to stabilize absolutely anyone, "he reiterates.

before December 31, these same autonomies should make public the bases and scales of the calls

, and therein lies the Gordian knot of the entire process, because the work situations are very different by autonomies and, on paper, the criteria of these bases should be as similar as possible, so that the stabilization process is relatively homogeneous in the National Health System.

"There yes, the Ministry of Health will have a coordinating role, because otherwise it would be a disaster," says the president of CESM.

In accordance with the provisions of the stabilization law and the outgoing royal decree of the Council of Ministers,

the entire process should be resolved before December 31, 2024. In short, only two years to resolve a temporary rate that the SNS drags for decades.

Toranzo points out that with the president's statements "

a lot of confusion has been created

because it gave the impression that one, for having been in a temporary position for a long time, was going to be made permanent. And they are positions that anyone can attend. There is a confusion tremendous and false expectations have been created".

The president of CESM recalls that participation in job offers "has no restrictions and participation is free and equal", although he acknowledges that "something else is that the merits are basically the services provided and, therefore, the The person who has been there the longest will have the most options to get that place".

Disappearance and creation of new figures

The essence of the reform establishes that terminologically the figures of "temporary" and "substitutes" disappear from the Framework Statute, and that both will be replaced by a single new figure, that

of the "interim statutory"

, which, as its name indicates , will be "interim" appointments and will serve to cover all the contractual assumptions that, until now, were carried out under these different names.

, the places that have been filled "temporarily and continuously" prior to January 1, 2016 will go out to

Those who have been temporarily and continuously occupied "at least in the three years prior to December 31, 2020"

From the establishment of this new figure of the "interim statutory", article 9 of the new MS will contemplate up to six possibilities of temporary hiring, but, in general terms, this type of temporary contractual relationship

"may not have a duration greater than three years".

In addition, the so-called contracts for the accumulation of tasks, so common until now in all health services, must specify the start and end date and can only be signed for a maximum period of 12 months, within a period of two years from the first contract.

Throughout the negotiation process, the unions have recalled that the limits to temporary employment already existed in the original draft of the Framework Statute, and that these limits have not been respected by the communities.

Hence, one of the inalienable keys for the unions was

to include guarantees so that these limits could not be skipped

and, if they did, sanctions would be imposed.

In this sense, the new EM includes an additional provision related to the control of the abuse of temporality, by which "the health Administrations will be responsible for complying with the provisions contained in this regulation and, in particular, will ensure to avoid any type of irregularity in the hiring and appointments of temporary statutory staff".

In short, the central government reminds the autonomous communities that they are the contractors and, as such, are responsible for complying with the new working conditions.

In the event that these maximum terms are not respected, interim workers will have

, prorating by months periods of time less than one year, up to a maximum of 12 monthly payments.

The right to this compensation will arise from the date of effective termination and the amount will refer exclusively to the appointment of the person who caused the breach.

"There will be no right to the compensation described in the event that the termination of the service relationship is due to disciplinary dismissal declared appropriate or due to voluntary resignation," says the text.

The deep reform of the EM that the unions are demanding for labor issues has also been requested by several regional official voices, given the fear that is aroused in many health services by what is now upon them: setting scales for the calls that are as homogeneous as possible possible.

Some regional leaders have openly requested that these scales should be included in a regional regulation that guarantees that national homogeneity and avoids legal uncertainty.

The communities ask, in short, that this desired MS include the criteria that the constitution of each scale must respect, because -remember- the existing distribution of competences in the SNS makes it precisely the autonomies that are competent for the design of those criteria .

If set to a national standard,

judicial remedies would be a much more remote possibility

Another problem added to the legal uncertainty is that the long and complex stabilization process must be completed within two years, because there the limits of the anti-temporary law are very clear.

The question left in the air by both the unions and some regional representatives is: will there be enough resources to guarantee the speed and efficiency of all the selection processes?