Pop star cancels concert after 'shooting' and speaks out

Pop singer Harry Styles has canceled concerts and consoled fans after the shooting in Copenhagen, Denmark. On the 3rd local time, three people were killed and four others were seriously injured in a shooting at a shopping mall in Copenhagen, the capital of Denmark. 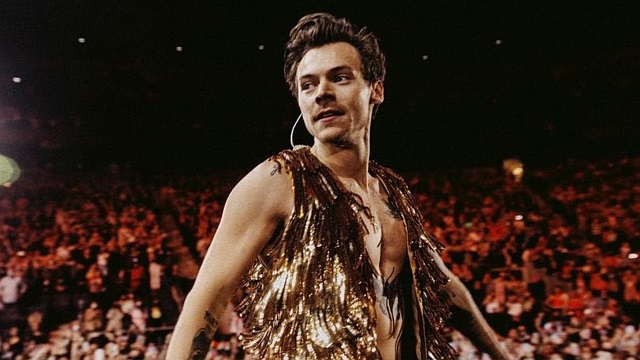 Pop singer Harry Styles has canceled a concert in Copenhagen, Denmark, and has comforted fans.

On the 3rd local time, three people were killed and four others were seriously injured in a shooting at a shopping mall in Copenhagen, the capital of Denmark.

Harry Styles, who was scheduled to hold a world tour concert at a venue near the scene on the same day, canceled the show.

Harry Styles announced the cancellation of his concert on social media, writing: "Like everyone in Copenhagen, I am so heartbroken. I love this city and its loving people."

He continued, "When I think of the victims and their families, my heart breaks. I'm sorry that I couldn't be with you all, and I hope that we can take care of each other."

It wasn't the only time Harry Styles had been shot nearby while on a world tour schedule.

Local time, on the 25th of last month, there was a shooting in Oslo, the capital of Norway, and one of the places where the suspect shot was turned out to be a LGBT club, local police announced that they were considering the possibility of a homophobic crime.

Harry Styles, who held a concert in Oslo on the 1st, held up a rainbow flag symbolizing LGBTQ during the performance and said, "I know very well that this flag means more to you than ever."

He continued, "It really breaks my heart that something like this has happened. I hope that everyone who came today feels safe here." "It's an honor and I'm grateful to be able to perform in front of you. It's unbelievable, but it's certain."

Harry Styles continued, "There are still people who are obsessed with old ideas. But they are not your opponents. You are the future here. Let's love each other more, give, be inclusive, and be kind to each other even in the most difficult times. Then there will definitely be changes,” he raised his voice with a warm message.

Harry Styles is a British singer and actor who debuted as a member of the group One Direction in 2011.

After enjoying the highest popularity as a male idol group, he started his acting career in 2017 through the movie 'Dunkirk' and is continuing his activities as a solo singer.