Before the three volts arrive, many places in the north have soared to 40 degrees Celsius. Will it continue in July?

China News Service, Beijing, July 5th (Reporter Yuan Xiuyue) Since the beginning of summer, "hot, hot, rainy and rainy" has become an intuitive feeling for many people about the weather. The reporter learned from the July press conference of the China Meteorological Administration that there was a lot of precipitation across the country in June, and the temperature hit a record high for the same 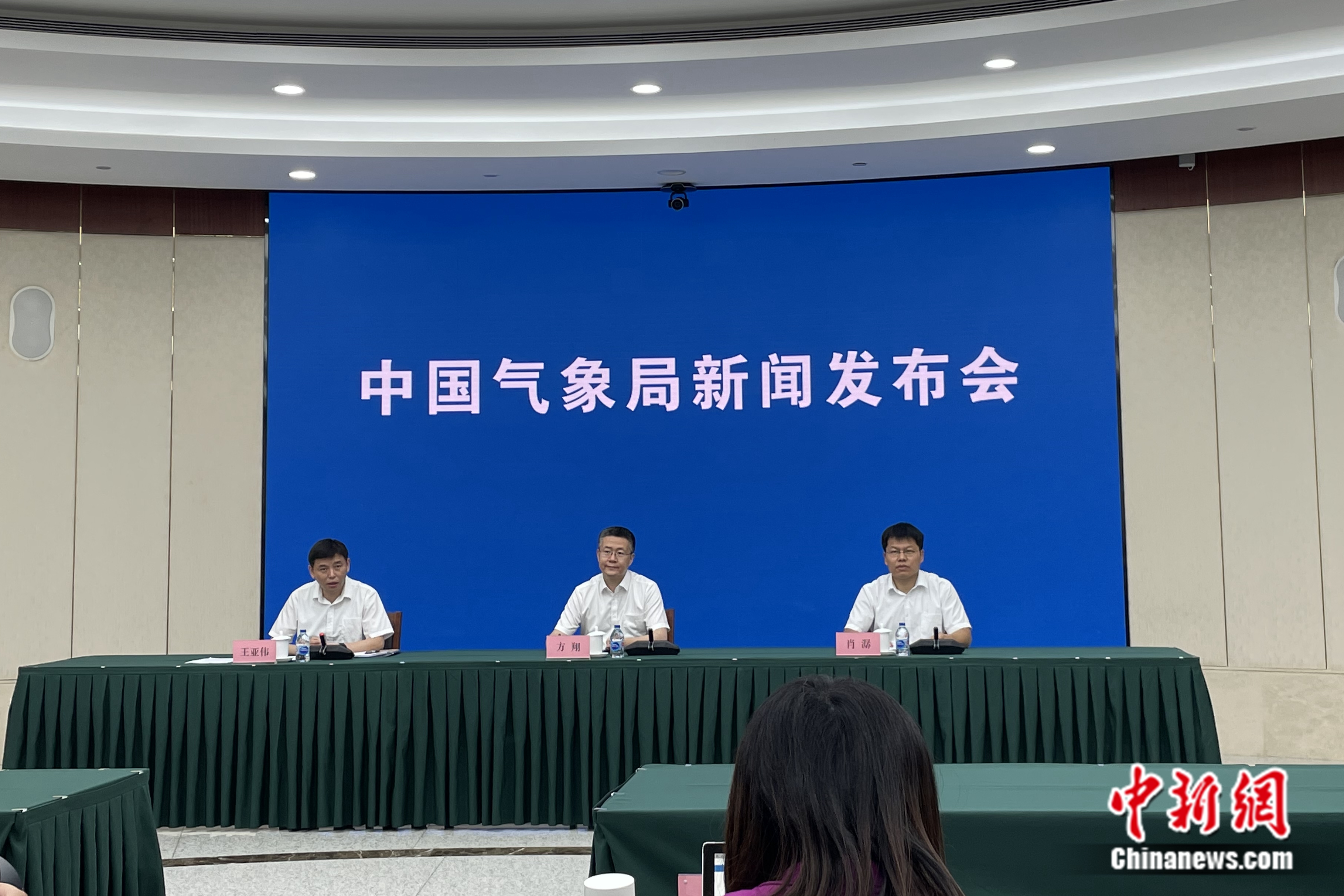 China News Service, Beijing, July 5th (Reporter Yuan Xiuyue) Since the beginning of summer, "hot, hot, rainy and rainy" has become an intuitive feeling for many people about the weather.

The reporter learned from the July press conference of the China Meteorological Administration that there was a lot of precipitation across the country in June, and the temperature hit a record high for the same period.

What is the cause of the hot weather?

Temperatures in June are highest since 1961

According to Wang Yawei, deputy director of the Department of Emergency Disaster Mitigation and Public Services of the China Meteorological Administration, the national average temperature in June was 21.3°C, 0.9°C higher than the same period of the previous year and the highest since 1961; Henan, Shaanxi, Gansu, Ningxia, Shanxi, Shandong, The temperature in Jiangsu and Anhui was the highest in history for the same period.

Among them, from June 13th to 26th, the first regional high temperature weather process this year occurred in the central and southern parts of North China, Huanghuai, Jianghuai, Jianghan and other places, covering a land area of ​​3.636 million square kilometers and affecting a population of more than 600 million people.

Among them, there were 59 and 66 national weather stations in Henan Province on the 16th and 24th, respectively, with the daily maximum temperature reaching or exceeding 40°C, and Jiaozuo on the 24th reaching 43.3°C; on the 25th, there were 90 and 29 countries in Hebei and Henan provinces, respectively. The weather station reached or exceeded 40℃, 12 stations in Hebei Province reached or exceeded 43℃, and Hebei Lingshou reached 44.2℃.

Fang Xiang, deputy director of the National Meteorological Center, said that the main reason for the high temperature weather is that most of the northern part of my country is under the control of a strong warm high-pressure system, and sinking airflow prevails. There is a clear sky radiation warming, coupled with the dry atmosphere, the ground is affected by solar radiation during the day, and the temperature rises rapidly.

In addition, the westward airflow sinks and warms up at the foothills of the Taihang Mountains, which also plays an important role in the extreme high temperature weather in Hebei, Henan and other places.

In June, the daily precipitation in Guangdong, Yingde and other places broke through historical extremes

Among them, heavy rains caused the precipitation in many places to break through historical extremes.

In June, there were 4 regional rainstorms in the south, and the daily precipitation of 12 national meteorological stations including Guangdong Yingde (292.9 mm) broke through historical extremes.

From June 26 to 30, the first large-scale rainfall process occurred in the north since the flood season. The daily precipitation of 26 national meteorological stations in Shandong, Hebei and Henan exceeded the extreme value in June.

Xiao Chan, deputy director of the National Climate Center, said that since the beginning of the flood season this year, southern China, especially southern China, has experienced a large amount of accumulated rainfall, a wide range of influence, a long duration, and a high degree of overlapping rainstorm areas. Serious floods have occurred in many parts of southern China.

He explained that the severe floods in many parts of South China were mainly directly affected by the abnormal atmospheric circulation.

Since May, the atmospheric circulation in the middle and high latitudes of Eurasia has been large in meridional direction, and the cold air activities affecting the eastern part of my country are frequent.

Especially in the first half of June, the northeast cold vortex was more active and developed southwardly. On the one hand, it guided the cold air southward to affect the southern part of Jiangnan and southern China. Water vapor transport mainly affects southern China.

At the same time, with the onset and establishment of the summer monsoon, the southwest water vapor transport guided by the monsoon circulation continued to be strong.

Will it continue to be hot and rainy in July?

So, will it continue to be hot in July?

Fang Xiang said that from the weather forecast for the next two weeks, from the 5th to the 11th, there will be high temperature weather in the southern Xinjiang Basin, western Inner Mongolia, Gansu, Ningxia, Shaanxi Guanzhong Plain, southern Hebei, Henan and other places, with a daily maximum temperature of 35~ 38 ℃, about 40 ℃ locally, the number of high temperature days is generally 4 to 6 days.

From the 8th, persistent high temperature weather will occur in the eastern part of the Sichuan Basin, Jianghan, Jianghuai, Jiangnan, and South China. The daily maximum temperature is generally 35 to 38 °C.

Judging from the situation throughout July, the number of high temperature days in the eastern Sichuan Basin, Jianghan, Jianghuai, Huanghuai and other places was more than the same period of the previous year.

Among them, most of Heilongjiang, Jilin, Liaoning, Beijing, Tianjin, most of Hebei, southern Fujian, Guangdong, Guangxi, Hainan, southeastern Yunnan, and western Tibet are more than 20% to 50%.

In terms of typhoons, it is expected that in July, the number of typhoons will be close to normal to less than normal.

Experts remind that continuous high temperature weather will have a significant impact on social production and life. During the summer heat, the public should avoid outdoor activities or operations during high temperature periods as much as possible, take measures to prevent heatstroke and cool down, replenish water in time, and pay attention to the safety of fire in the wild.

In addition, all localities should guard against secondary disasters that may be caused by heavy precipitation, guard against heavy precipitation, strong winds and storm surge disasters caused by typhoons, make emergency preparations for heatstroke prevention and cooling and power supply, prevent meteorological droughts and do forest fire prevention, and prevent weather from affecting agriculture. Negative Effects.