Albert Camus, "The Stranger" or the Algerian writer?

Sixty years after the declaration of Algeria's independence, Albert Camus, Nobel Prize for Literature in 1957, born in Mondovi (now Dréan), is he considered a special Algerian writer... 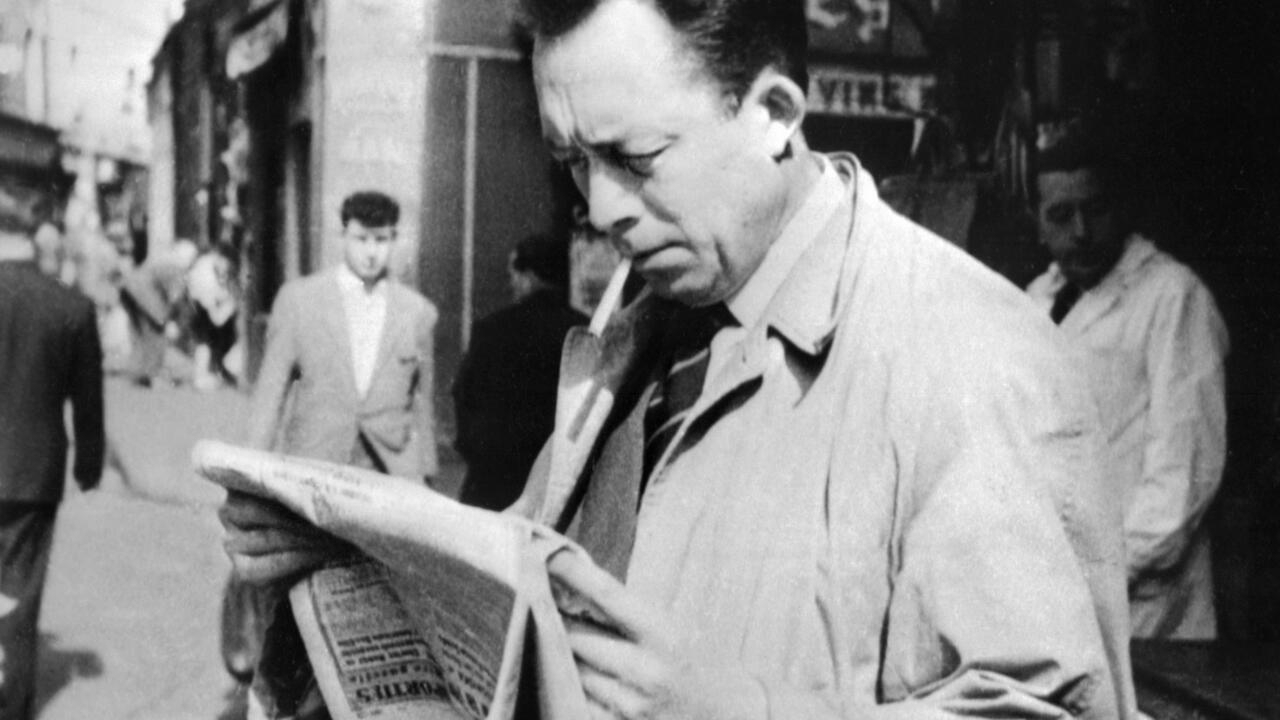 Albert Camus, "The Stranger" or the Algerian writer?

Sixty years after the declaration of independence of Algeria, Albert Camus, Nobel Prize for Literature in 1957, born in Mondovi (today Dréan), is he considered an Algerian writer in his own right or a foreigner?

The debate has often impassioned intellectuals on both sides of the Mediterranean Sea.

Through his work and his speeches, Albert Camus always underlined his faithful link to his native land, Algeria.

But Camus died in 1960, two years before Algeria declared its independence.

No one can say what his reaction would have been.

I owe to Algeria not only my lessons of happiness, but, and these are not the least in a man's life, I owe her my lessons of suffering and misfortune

I am always in favor of a just Algeria

Camus, a moderate leftist, has always claimed a very fusional belonging to Algeria, but the period of decolonization will call this relationship into question.

Fatherless from an early age, the kid from Belcourt [a working-class neighborhood in Algiers, now called Belouizdad, Ed], whose mother was an illiterate housekeeper, declared in December 1957 in Stockholm to students: "

J I have been and still am in favor of a just Algeria, where the two populations must live in peace and equality.

I have said and repeated that we must do justice to the Algerian people and grant them a fully democratic regime.

I have always condemned terror.

I must also condemn terrorism which is exercised blindly, in the streets of Algiers, for example, and which, one day, may strike my mother or my family.

I believe in justice, but I will defend my mother before justice

This last sentence will not pass.

From then on, Camus will be in the hot seat in the eyes of the FLN resistance fighters.

Unlike other European intellectuals who supported their fight like Germaine Tillion, Frantz Fanon, or even Jean Genet, he was rejected by Algerian nationalists at the time of the Algerian war.

Paradoxically, the writer has always denounced the fate of Algerians during colonization.

As early as 1939, Camus described in a series of articles in

, entitled "Misery of Kabylia", the economic misery of this population, mainly from the mountains, and denounced "

Later, it is the events of Sétif in 1945 and the torture of the French army that the journalist from

But if the journalist Camus evokes an iniquitous colonial system that generates injustices, he does not frontally claim the idea of ​​independence for the Algerian people.

It's our only Nobel Prize

And that is why, decades after his death, Camus still arouses controversies between intellectuals on both shores of the Mediterranean.

Albert Camus has often been criticized for the absence of the Algerian people he met.

In his fictional texts and particularly in

which took place one in Algiers, the other in Oran, we see that the Arabs are absent.

This was held against Camus, saying he denied their existence.

But if we want to try to understand the fleeting presence of the Algerians, we must ask ourselves the question of the reality of this period.

The Algerians and the French rubbed shoulders, but there was a border between them.

Camus' texts correspond exactly to what was happening at that time

in 2009. Rejected at first by the Algerian intellectuals of the time, Camus is then reinstated by the new generation, as did Yasmina Khadra, Boualem Sansal or Kamel Daoud.

Camus was a loyal man

But at no time did the Algerians manage to locate Camus.

When he wrote in the press, he was hesitant.

He engaged, then retracted, then came back… He was someone who couldn't choose.

He clung to this Algeria like a castaway to his wreck.

He had only one shore: that this country remains what it has always been for him.

He loved this country atrociously.

And he was ready for any sacrifice.

And even to sacrifice his soul for his own Algeria.

I've always said that you should never involve a writer outside of his text.

Camus, when he writes, he is a divinity.

We continue to love him.

He is an immense writer of Algerian heritage.

It's our only Nobel Prize.

The reproaches of Kateb Yacine

For his part, Boualem Sansal advances: “

He was criticized for his discretion on the Algerian people, for not having expressed his empathy in a clearer, more direct way.

And I think he made that choice out of a sense of guilt.

He observed a situation of colonization which he denounced.

At the time, the state of emergency was incredibly complex.

Everyone was asking questions, even Camus.

And you had to pay attention to what was being said.

I, who live in Algeria today, have the same reluctance to speak in public.

No doubt for fear of offending sensibilities.

Loved by some, hated by others, Camus was in a situation that forced him to moderate his remarks.

From this time, there obviously remain the passes of arms with Kateb Yacine.

If the political commitments of the two men are undeniably close, Kateb Yacine is for the liberation of the country while Camus supports a "

" French Algeria with all its "

In terms of ideas and political commitment, Kateb Yacine will oppose Camus from 1956-1957.

I prefer the creative violence of Faulkner to the moralism of Camus.

In Camus's novels, there are no Algerians.

, the hero, Christmas, is a Negro.

Yet both Camus and Faulkner were in a false position vis-à-vis the country in which they lived.

He gave life to the people of his country and his hatred of blacks is not so far from love.

Nothing like that with Camus and that's a shame

Camus received a lot of criticism for having evaded the question of independence.

One can imagine that if he had known independence, he would have liked it.

I see him above all as a writer from Algiers, a cosmopolitan Mediterranean city.

Even when he left, he was always thinking of Algiers.

This city stayed in his head.

Writer from French Algeria, writer who grew up in Algeria, it is difficult to separate the two terms.

Obviously, seen from abroad, when he receives his Nobel Prize, he is a French writer.

When he gives his speech, he pays homage to the school of the French Republic,

”explains to RFI Hugues Honoré, head of the publishing section within the culture department of Agence France-Presse (AFP).

rehabilitation of the discourse of French Algeria

In 2010, fifty years after the death of Camus, Algerian intellectuals opposed, through a petition, the passage of the "Caravane Albert Camus" in eight cities in Algeria.

The initiative for this tribute came from the Algerian Cultural Center in Paris.

The signatories denounced a "

rehabilitation of the discourse of French Algeria

" through the tributes paid to the author of

From 1937 until 1939, Camus never stopped calling for charitable measures to pull the rug out from under the feet of the nationalists, culminating in his coverage of the trial of Messali Hadj in 1939. In 1945, he was silent

[allusion to the massacres of Sétif, Guelma and Kherrata, May 8, 1945, Ed]”, accused the signatories.

I passionately loved this land where I was born, I drew from it all that I am, and I did not separate in my friendship any of the men who live there