A very vigilant NATO so that Moncloa complies

Once the lights of the NATO Summit in Madrid have gone out, Pedro Sánchez finds himself facing a double situation. On the one hand, the difficulty in fulfilling the commitments that... 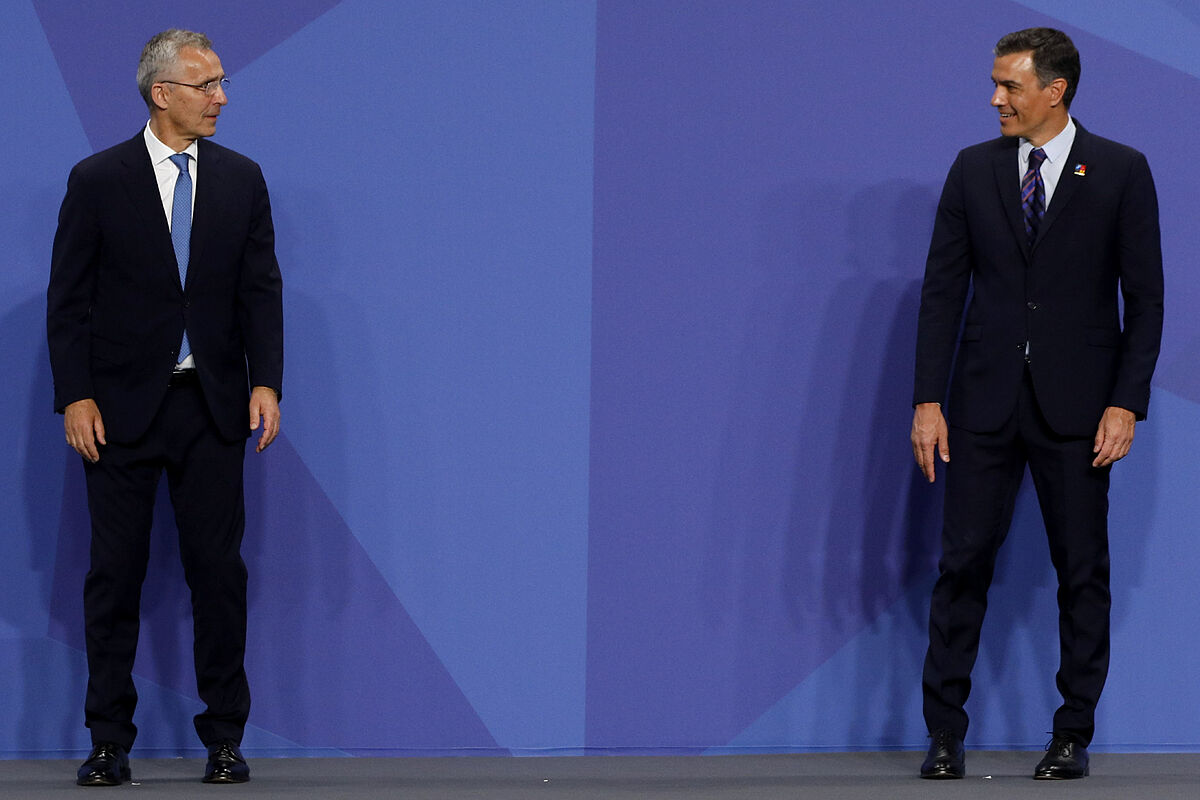 Once the lights of the NATO Summit in Madrid have gone out,

finds himself facing a double situation.

On the one hand, the difficulty in fulfilling the commitments that he has just made in terms of increasing

due to the boycott of his anti-system allies.

And, on the other hand, his lack of credibility within the Atlantic Alliance.

So much so because since he arrived in Moncloa he has adopted a discourse that is the opposite of the one he suddenly defends, according to which it was unnecessary to increase

But also, in all fairness, because under the mandate of his predecessor,

, no steps were taken to get closer to the 2% of GDP in Defense that since 2014 the Atlanticist organization considered essential for the allies to face the new challenges for their security and stability, then in a framework in which the regime of Putin was already beginning to show his teeth with the illegal annexation of Crimea and, in addition, the West was suffering from the convulsion of jihadist terrorism.

This resentment with Moncloa forced Sánchez last week to have to set a date for compliance with the 2%, which will translate into a military investment of some 25,000 million euros compared to the current 13,000.

But the announced 2029 seems too far away.

And, as we published this Monday, Alliance sources assure this newspaper that next year there will be

a demanding examination to the Spanish Government

, together with others also considered non-compliant with NATO's objectives, to evaluate how it is shaping its commitments in the General Budgets and thus be able to determine the solidity of that roadmap marked until 2029. The military spending plans of the different countries are analyzed every year, although the 2023 exam will be more rigorous because the demand has skyrocketed after Moscow's invasion of Ukraine, triggering a war that seems very long and that has forced a redesign of the plans of the Atlantic Alliance .

The Madrid Summit has given rise to the conviction that the dedication of each member country of the Atlanticist organization of 2% of its GDP to investment in Defense is not a ceiling to aspire to, but rather a floor.

Spain is last in this regard, which to date has resulted in little weight in decision-making when we most need, for example, progress in reinforcing the

Podemos, in its lowest hours, is determined to exhibit its own profile by boycotting the increase in the Defense item in the next Budgets in which the Ministry of Finance is already working.

And sanchismo entrusts everything to the PP having the responsibility that its uncomfortable partners lack.

But they are not without reason

when they advance that they will not give blank checks to save Private Sánchez.

The support of the main opposition party must be subject to the PSOE committing with transparency and rigor to negotiating a State Defense policy that does not leave mortgages to the next Government.