Princess Leonor is, accompanied by the Infanta Sofía, for the first time in Girona for the delivery of the Princess of Girona Awards. Together they have traveled in the middle of the afternoon... 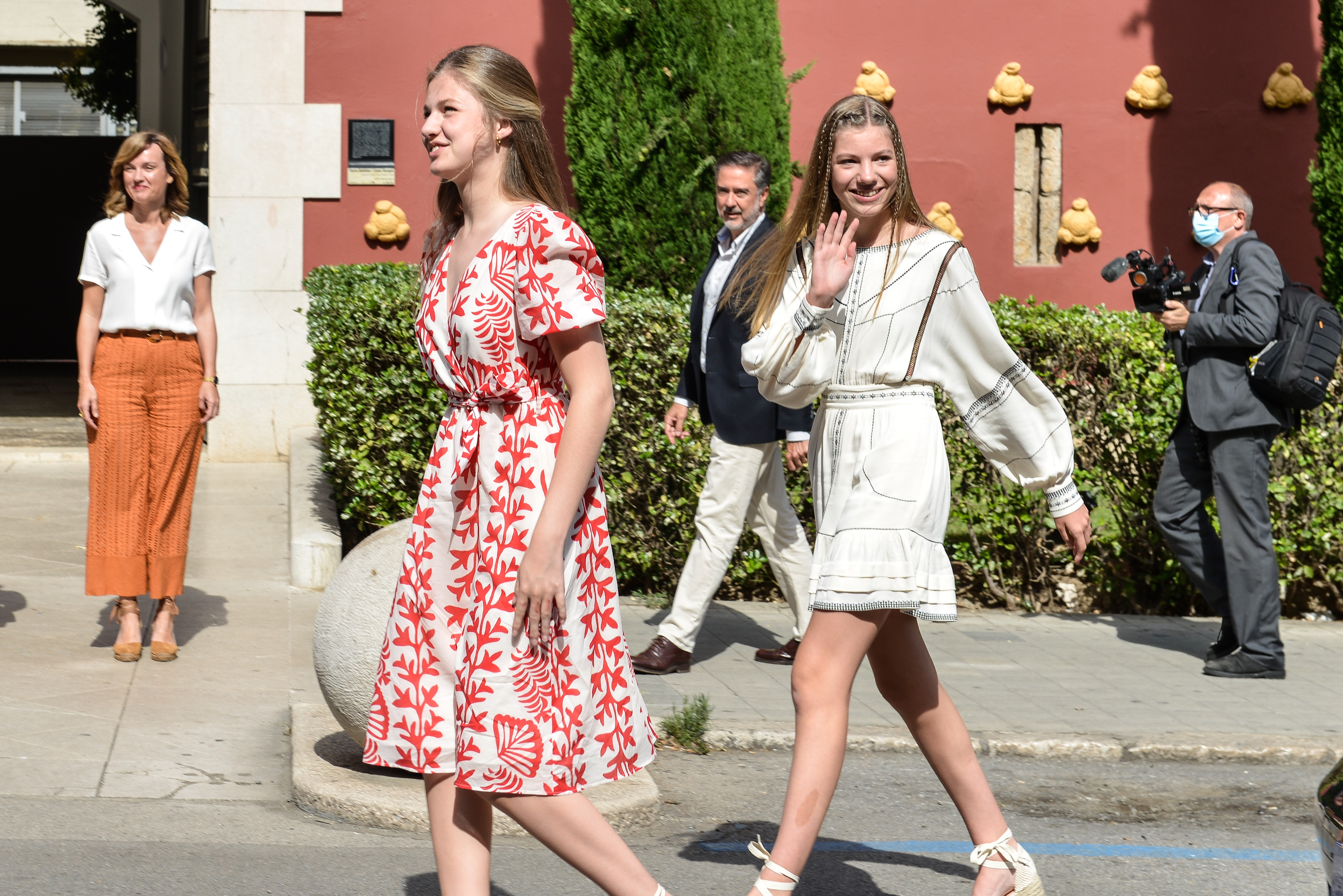 Princess Leonor is, accompanied by the Infanta Sofía, for the first time in Girona for the delivery of the

Dalí Museum in Figueres in

The princess, who seems to follow in the footsteps of her mother Queen Letizia in terms of style, has chosen for the occasion a

and a crossed neckline

in white with coral prints, from the new collection of the Spanish firm Mango available for 59.99 euros.

The dress has been accompanied by ecru espadrilles, the favorites of Queen Letizia.

Infanta Sofía repeats one of her most flattering looks

The Infanta Sofía has repeated the

boho dress that she used for the last military parade on October 12.

This time, she has replaced the black ballerinas with crossed straps for espadrilles, like her sister Princess Leonor.

On Monday, July 4, the Princess of Girona awards ceremony will take place. For the first time, expert juries have ruled in favor of young women for the five categories of these awards born in 2010.