Jill Biden unleashes 'jillmania' on her way through Madrid

Jill Biden has returned to her exultant country and on her social networks she only has words of appreciation to describe her stay in Madrid on the occasion of the NATO summit. Hers ... 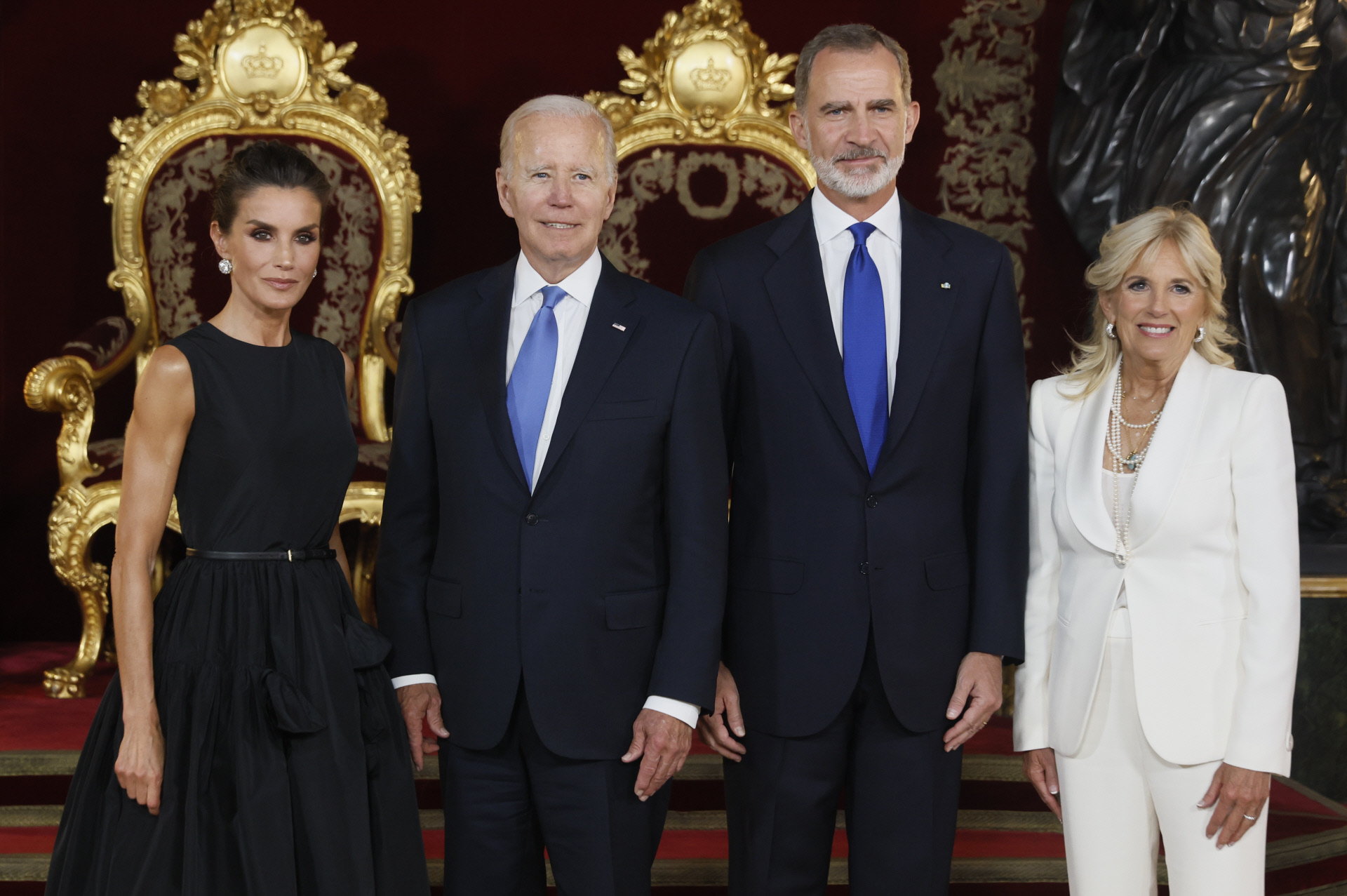 Jill Biden has returned to her exultant country and on her social networks she only has words of appreciation to describe her stay in Madrid on the occasion of the NATO summit.

Her presence as US first lady has reinforced her as a great presidential pillar and not as a simple companion of hers.

In just over a year, she

has stamped her character and personality

on a position that has continued to evolve throughout history and this summit has underlined her influence, turning her into a media phenomenon, beyond using the image her as the main attraction.

By her word or her closeness,

and has made all eyes look at her.

She is used to having her movements followed with exquisite precision, although her influence is difficult to understand in countries like Spain, where the presidential couple does not have that weight.

After her time in Spain, she shows that her charisma goes beyond the position and if she has won over people it has been by knowing how to fill each occupied space with positive energy.

She is a teacher of English language and literature, mother, grandmother and successful author, but she is also

and combines her teaching work with the position of first lady.

It has unleashed the 'jillmania', just like Michelle Obama the 'michellemania', but it does not mean that there is rivalry.

The latter sounds strong as a possible Democratic candidate in the next elections.

Jill's projection goes in other directions.

Her role is focused on

supporting military troops and their families, education, and the advancement of women.

In recent years, she has visited military bases, hospitals and refugee camps.

She is especially interested in promoting the education and advancement of women and girls in those areas.

Now one of his biggest concerns is the Ukrainian people and hence his visit to the facilities of the reception center for refugees in Pozuelo de Alarcón.

She appeared wearing sunglasses, a flowered dress and accompanied by

her granddaughters Maisy, 21, and Finnegan, 23,

who have been closely acquainted with the tasks of caring for those displaced by the war and the difficulties they face. .

Joe Biden met her in 1975, three years after losing his first wife and her daughter in a car accident.

She was widowed with two young children, Beau and Hunter, and she Jill did not hesitate to be a true mother to them.

Later her daughter Ashley, a social educator, was born.

In 2015, her firstborn, Beau, a lawyer and military man, died of a brain tumor.

The minor has been continuously involved in scandals of infidelity, prostitution and drugs.

The Biden couple have

one of them the result of one of Hunter's infidelities with a striptease dancer.

The most mediatic is

baptized with the same name as the deceased daughter of the president.

She was the one who supported the grandfather the most, whom they affectionately call 'pop', in his election campaign.

Finnegan is a great defender of women's rights and Maisy, the youngest of the clan, is passionate about basketball, studies Fine Arts and loves uploading videos to TikTok.

On the day of his high school graduation, Joe Biden left the campaign opening dinner in Iowa to stand by his side.

Your stay in Madrid

It is not anecdotal that the Bidens have wanted to visit our country in their company.

Jill has been seen relaxing in them wearing

in the shops of the Salamanca district.

They celebrated their arrival in the capital with a glass of wine and a pleasant chat in the hotel room that lasted until dawn.

The Kings and the Bidens at dinner at the Royal Palace in Madrid. Gtres

Her leading role has not always made it easy for Queen Letizia, without a doubt the hostess of the alternative agenda to that of the leaders.

There was, for example,

a few minutes of tension

to see who posed next to her at La Granja de San Ildefonso, one of her visits.

She corresponded to the Queen, since the Head of State is exercised by King Felipe VI, but a mix-up caused Pedro Sánchez's wife, Begoña Gómez, to occupy the position.

The error was corrected, but that did not prevent the networks from viralizing the anecdote with its particular dose of irony.

She has been delighted with the beauty of Spain, the art in its museums and the typical products, such as

that they were able to taste at the Reina Sofía museum.

"Thanks to Her Majesty Queen Letizia for showing us the beauty of Spain and for bringing friends together in community," she wrote on her Twitter account.

The chef gave him the appropriate instructions to take the coquinas with his hands and dip the room in bread.

She also served him her famous tomatoes in their raw state.

Pepa, who was notified an hour in advance, took a long time to get out of her astonishment and described her as "an exceptional lady, very affectionate, very nice, very normal".

It is the same impression that he left at the party organized at the US embassy in Madrid.

Pablo López, who merged into an effusive hug with her after playing 'El patio' on the piano, commented on her networks:

"What a beautiful hug Dr. Biden has!"

"What beautiful energy," he insisted in a story.

It has only been four days, but it has monopolized hundreds of headlines, tweets and comments in gatherings and private circles.

That earned respect could favor the figure of Joe Biden.