If Journey to the West is in modern times: What kind of gods are the beauty bloggers Didi drivers? 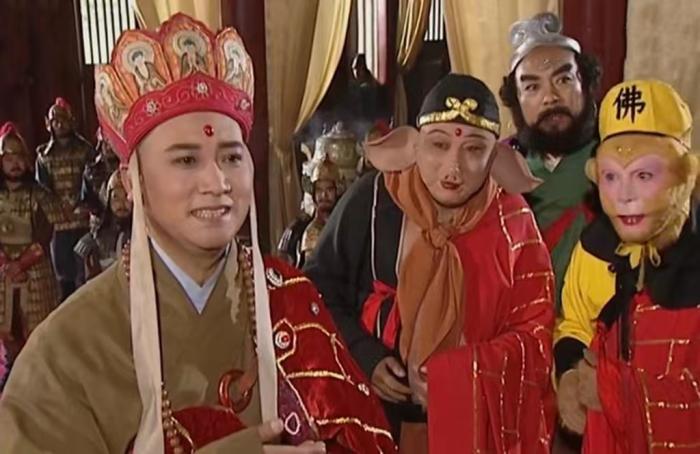 China News Service, Beijing, July 3 (Liu Yue) Today coincides with the 40th anniversary of the 86 edition of "Journey to the West".

As a work that has influenced several generations, from the plot to the characters, the 86 version of "Journey to the West" has repeatedly become a hot spot on the Internet.

In fact, from ancient times to the present, the culture of Journey to the West has always been talked about.

So Xiaoxin has a brain hole here. If the people of Journey to the West are in modern times, what kind of life will they live?

Come and join Xiaoxin, open their circle of friends and find out.

Screenshot of "Journey to the West Sequel"

(PS: Guanyin and monkeys are not allowed to enter).

If there is fire, please burn three pillars of incense

Guanyin clean bottle, the mission must be fulfilled

Yangzhi nectar, specializing in the real fire of Samadhi.

The royal seat of the same style as the saint monk is highly recommended by Tang Sanzang.

Indulge in luxury, be one step ahead, and look for Didi Dalong.

I am an entrepreneur who is proficient in human nature

Modernization of management system and marketization of operating mechanism

Welcome everyone to invest!

When we arrived in Tianzhu, the folk customs here are really sturdy, and the poor monks were stripped of their cassocks.

When Wukong was here, why did the teacher suffer like this!

On the first day my apprentice was away, I missed him and missed him.

The investment junior and junior failed, and he could only go home to farm.

This season's peaches are ripe again, the Heavenly Court variety, the same style as the Queen Mother

Strengthen your body, beautify your skin, buy ten boxes and get one hair free

Satong Express delivery (Tianting Difu does not include postage), please purchase as soon as possible.

Today, I came to Huaguo Mountain at Brother Monkey's house to play.

My old pig also eats the popular fitness meal in the world.

Pigs do not eat clear soup with little water.

Brother Monkey is not at home. It seems that he went to Tianzhu to save the master.

If you want me to say that there is something to save, everyone should just divide the luggage on the spot.

Brother Yu, in the 30 seconds when you closed your eyes,

You are thinking of studying scriptures in the west, always accompanied by the ancient Buddha with green lights,

Are you still thinking of holding hands and spending the rest of your life with me?

The first Four Seas and Eight Wilderness Tour was a complete success, thank you all.

If the monkey is not there, I will never fry this pan of shortcake!

Happy ending of the new drama "The Great Sage Monkey King and Zixia Fairy Two or Three Things", thank you all.

After Bo Jun smiled, the editor fell into deep thought.

In fact, whether it is the deconstruction of the plot by readers and audiences, or the secondary creation of characters by literary and art workers, it is inseparable from the romantic and magnificent conception of the original work.

"Journey to the West" has long been more than a mere fantasy novel. It gives people a glimpse of Confucianism, Buddhism and Taoism, and explores the fate of life and death. From the spirit of resistance of the great sage Monkey King to the inspirational legend of learning from the West, it has inspired future generations to be brave. forward.

The culture of Journey to the West has a long history, and to this day, their stories have not been written yet.

In the future, descendants will write together and write a new group portrait of Journey to the West on this splendid chapter.