Frequency Asia - War in Ukraine: what impact on the "new silk roads"?

Collateral damage of size: the war in Ukraine has come to crash into the pharaonic project dear to Xi Jinping's China: the "new silk roads". In particular the railway route of… 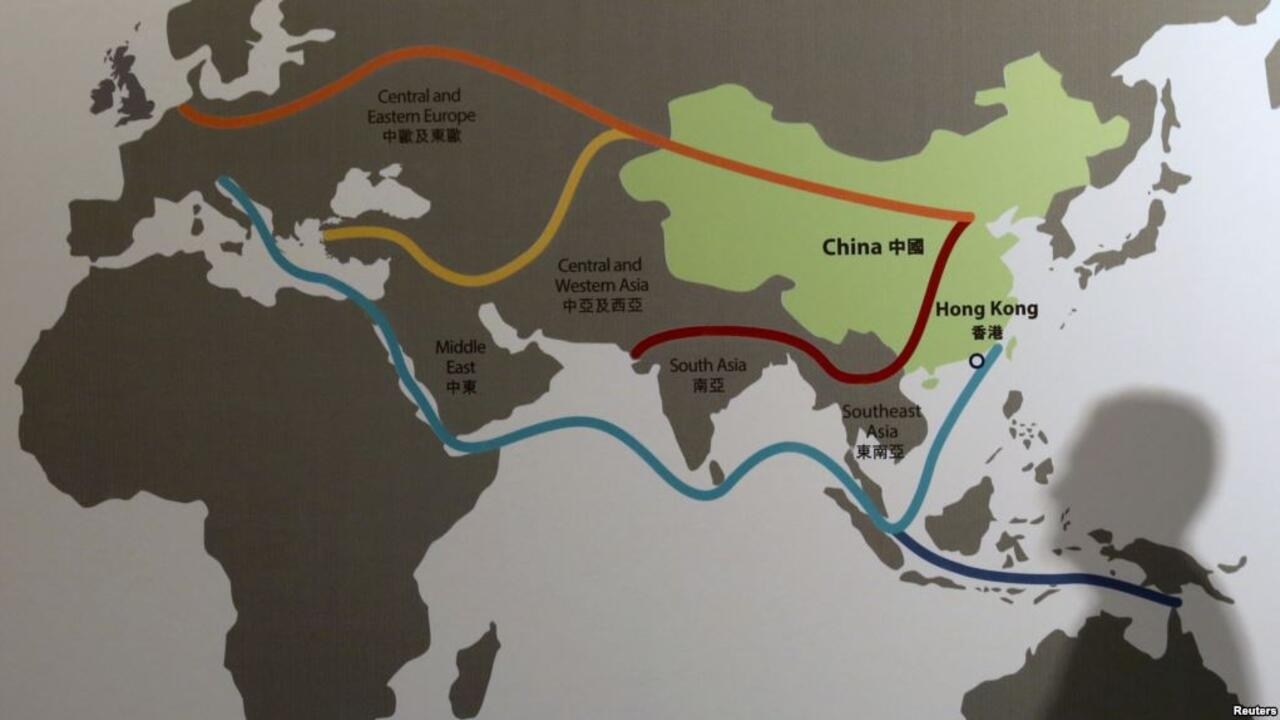 War in Ukraine: what impact on the "new silk roads"?

Map of China's New Silk Road, known in China as "The Belt and Road".

Collateral damage of size: the war in Ukraine has come to crash into the pharaonic project dear to Xi Jinping's China: the "new silk roads".

In particular the rail freight route that connects Chinese territory to Europe, via Kazakhstan, Russia and Belarus.

This route has enjoyed growing commercial success in recent years.

Explanations from Françoise Nicolas, Director of the Asia Center of the French Institute of International Relations.

: This Sino-European route has been a great success since its launch.

We had in 2021 if I'm not mistaken, the bar of one million containers transported by this railway, so for China it's important and then for Europe it's also important because through that , Europe is more closely connected to China and this connection, these links, are not one-way links, it is true that it essentially allows China to export to Europe, but that also increasingly allowed Europe to export to China.

So how is this Silk Railroad affected by the war in Ukraine?

Is it hindered in the long term?

She is affected firstly because one of the options was to cross Ukraine, so that's not the main route, I agree, but despite everything it was an option which was to increasingly used precisely to unclog or lighten the route that passes further north through Russia, still Kazakhstan, then Russia, then Belarus.

However, with the war, this route via Ukraine is completely blocked.

The second impact is that, due to the sanctions imposed by the European Union on Russia, a number of operators have also decided to withdraw from transport which passes through Russia and Belarus.

All the operators did not react in the same way there are some who continue to operate, but obviously at a much lower level, but all the European operators have completely stopped transporting through Russia... The reason, c is that they fear on the one hand the sanctions, and even if they would not be sanctioned what they also fear is possibly troubles in Russia or that Russia takes measures which would obviously be totally contrary to their their interests.

And if we look at the situation now, does China have a plan B?

China never lacks imagination, so China racks its brains trying to find a way around it.

You already have to cross the Caspian, which requires one less transport, from the train to the ship, which is expensive both in time and financially.

The other alternative is to return to the sea route and there we return to the maritime silk road but there, the disadvantage is that it takes much longer,

Is the fact that China refuses to condemn the Russian invasion of Ukraine not going to call into question China's reputation and especially the reputation of the new silk roads in Europe?

I totally agree that the impact of the war in Ukraine will be much stronger on the very image of China, with the still extremely ambiguous position it has in the conflict, on the unofficial but de facto support for Russia which is indeed there, and I think that it has more to lose from this point of view than in the loss of transport of a few containers which are no longer transported from China to Europe.

And insofar as the Silk Roads are not only infrastructures, they are also a lot of political influence, there China has more to worry about, and I fear that it has indeed lost its appeal to some.