Politics, the choice of the week - Jean-Luc Mélenchon, and now?

The union of the left led a battle in the National Assembly this week to win symbolic positions including the presidency of the prestigious Finance Committee. A collective victory... 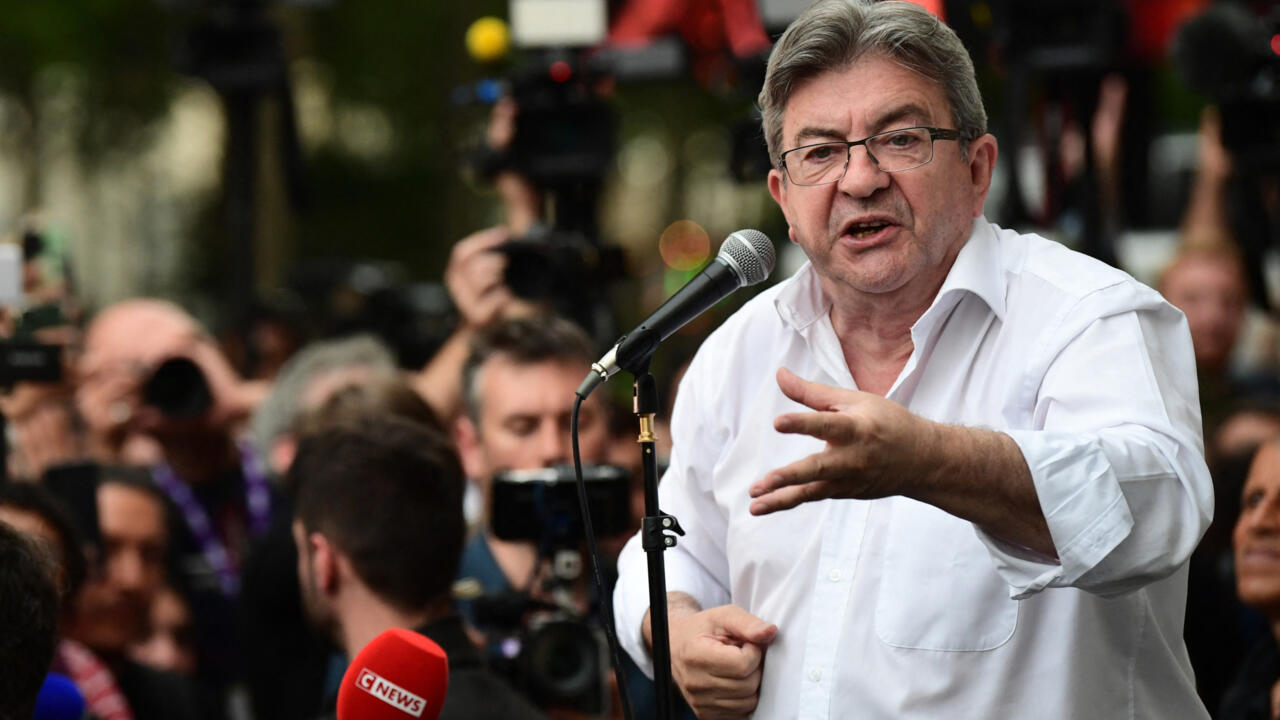 Jean-Luc Mélenchon, the leader of Nupes and LFI, the day after the 2022 legislative elections, June 19 in Paris.

The union of the left led a battle in the National Assembly this week to win symbolic positions including the presidency of the prestigious Finance Committee.

A collective victory in which Jean-Luc Mélenchon, who is no longer a deputy, shone with his discretion.

The leader of Nupes has taken a step back and cast doubt on his intentions and his future.

I have no idea what he intends to do

”: when we question those close to Jean-Luc Mélenchon or his new allies within the union of the left, this is the sentence that comes up systematically.

It must be said that the rebellious took particular care to cover his tracks.

A farewell speech on the evening of the first round of the presidential election, then a comeback a few days later with the wish to become Prime Minister.

He then renounces being a deputy to gain height, while promising to remain at the forefront of the political fight, but only “

if we want him

Enough to confuse even the finest of melenchonists

He especially needs to digest everything that has just happened

With the union of the left, Jean-Luc Mélenchon has above all lost the omnipotence he could have within the only rebellious France (LFI).

Proof of this is the quack of his call to form a single group in the National Assembly, immediately challenged by his allies, forcing him to apologize for his initiative.

A loss of influence

He remains our undisputed leader

", defends the deputy Éric Coquerel, faithful among the faithful, while an elected communist also considers him essential, because of his score in the presidential election and the union he has managed to tie. just after.

But Jean-Luc Mélenchon is obviously more in the background, explains a Nupes deputy, in particular because the heart of the reactor is in the National Assembly, which he has chosen to leave, leaving the place of opponent number one to her far-right rival Marine Le Pen.

However, we would have needed him and his experience

“, Regrets another elected member of the union of the left, considering however that he remains at the center of the game, especially with the prospect of a possible dissolution of the Assembly, if Emmanuel Macron finds himself in a situation of political deadlock .

The hypothesis of dissolution is ardently discussed, even desired, within Nupes.

If Macron dissolves in the coming year, he will obviously be the only recourse

No question therefore of dispersing by then.

And if the Assembly finally finds a way to function properly, he could hand over, devoting himself in particular to his political foundation.

Unless, of course, the announced battle within Nupes for the 2027 presidential election forces him to come out of retirement to save the left.

At 75, he would still be younger than Joe Biden when he won the US presidential election, we smile in the rebellious ranks.

Jean-Luc Mélenchon has promised anyway, he will do politics until his last breath.