European of the week - Dmitry Medvedev, from moderate president to regime hawk

During his presidency, between 2008 and 2012, the liberal branch had put a lot of hope in him. Today, the vice-president of the Russian Security Council has become one of the fiercest defenders… 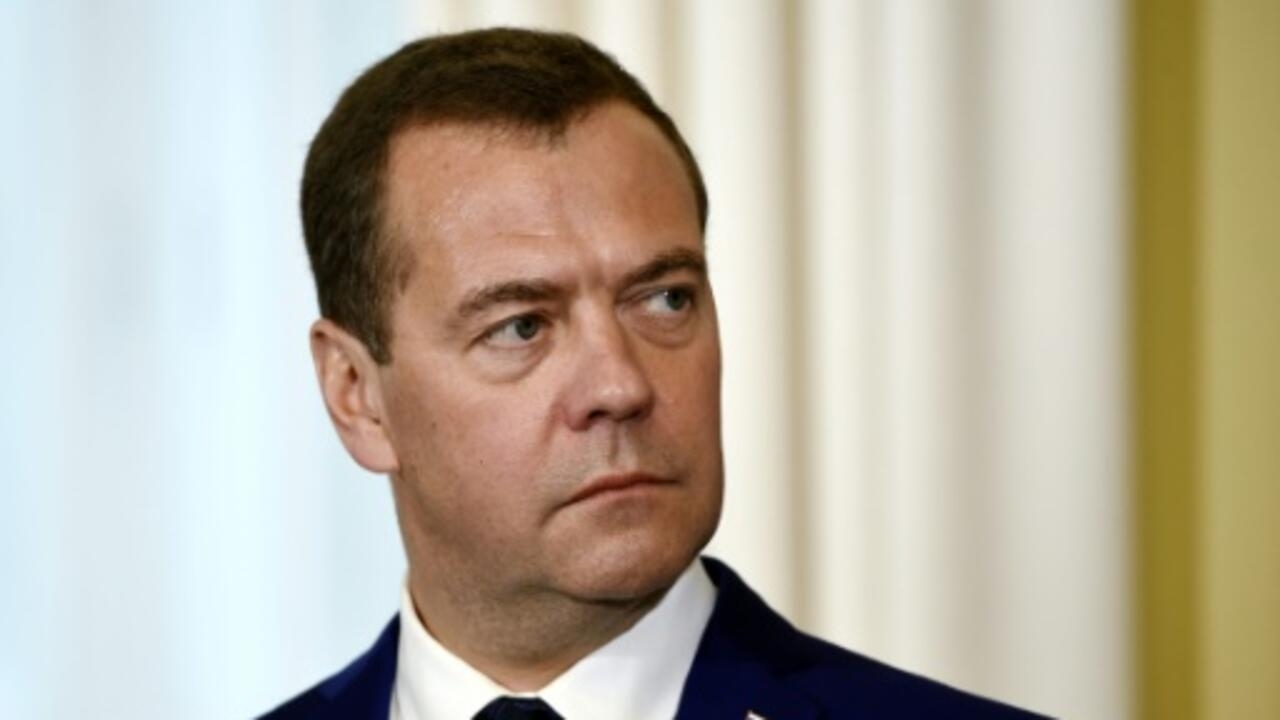 During his presidency, between 2008 and 2012, the liberal branch had put a lot of hope in him.

Today, the vice-president of the Russian Security Council has become one of the fiercest defenders of Vladimir Putin's regime.

He may never again dance to the music of

, a 1990s Russian hit to which he was seen swaying awkwardly and slightly out of time in a 2011 viral video.

At the time, Dmitry Medvedev was head of state of the Russian Federation and embodied a hope for change for the liberal wing of society, after eight years of Putin's presidency.

Passionate about new technologies, affirming that "

freedom (was) better than the absence of freedom

", he had made innovation one of the priorities of his mandate and launched the construction in Skolkovo, near Moscow, of a “city of innovation”, the Russian counterpart of Silicon Valley.

He himself visited the place of American high-tech in 2010, before meeting Barack Obama and enjoying a hamburger and fries with his American counterpart in a Washington café.

It was from California that he wrote his very first tweet.

If he has remained present since then, on social networks, the content of his messages has changed radically in recent months, and in particular since the launch of the Russian invasion of Ukraine on February 24, 2022

. often asks why my messages on Telegram are so harsh.

The answer is that I hate them.

They are morons and degenerates.

They want death for Russia.

And in my lifetime, I will do everything to make them disappear

Dmitry Medvedev recently wrote on Telegram, without specifying whether he was talking about Ukraine or Westerners.

On social networks as in his television interviews, he threatens the world with nuclear war, announces that "

the knights of the apocalypse are on their way

and promises a tragic end to Ukraine.

born after the start of the war in Ukraine, analyzes Ben Noble, specialist in Russia at University College London.

If Dmitry Medvedev multiplies the shocking declarations which make this moderate pass for a hawk, it is because he does not really have a choice, estimates for his part the Russian political scientist Dmitry Orechkine, teacher at the Free University of Riga, where he had to go into exile after the start of the war in Ukraine.

Either he stays and clings to his seat in Putin's regime supporting his values ​​and shouting the loudest, or he loses his status, his income, his privileges.

What else can he do?

He can't flee to Europe, his vines have been confiscated from him

Vineyards in Tuscany, palaces, luxury residences, yachts: so many exceptional properties owned by Dmitri Medvedev, according to a video of the opponent Alexeï Navalny now imprisoned.

Released in 2017, this investigation, which has been viewed tens of millions of times, has been the source of major suppressed demonstrations in Moscow and other cities in Russia.

The image of Dmitry Medvedev, already the object of ridicule for his inconsistent character, has taken a further hit, especially since during his presidency, he had regularly declared that he was actively fighting the corruption which plagues the country.

This investigation has of course tarnished his image, especially in liberal circles

However, the Russian political scientist insists on the fact that the opponent, slayer of corruption, could not have carried out such an investigation without outside help.

There were people in high places, who didn't like Medvedev, who gave him access to incriminating documents and who allowed his drones to film his residence

Presented as weak, docile, not very daring and above all very loyal to Vladimir Putin, to whom he wisely returned the reins of the Kremlin after a single term in 2012, Dmitry Medvedev can boast of having enjoyed an unequaled longevity. to the post of Prime Minister between 2012 and 2020. But long before his replacement by Mikhail Michoustine, to be appointed to the post without much influence of Vice-President of the Security Council, his political weight continued to decrease in favor of the clan of siloviki, the men from the security apparatus, who never liked him.

Medvedev does not enjoy natural support from the elite, and particularly from the siloviki

says Ben Noble, who sees his relatively recent shift in rhetoric as a sign that the former president is "

trying to build links with these hawks of the Russian elite, with the prospect of perhaps appearing as a potential successor to Vladimir Putin, with the support of these most warmongering members

In this undertaking, the vice-president of the Security Council can count on his son, Ilia, 27, who was recently presented under the cameras with his card from the United Russia party, the party led by his father.