A new Disney wish has just been fulfilled with the inauguration of Disney Wish, the fifth ship of the company's cruise line that has the first attraction... 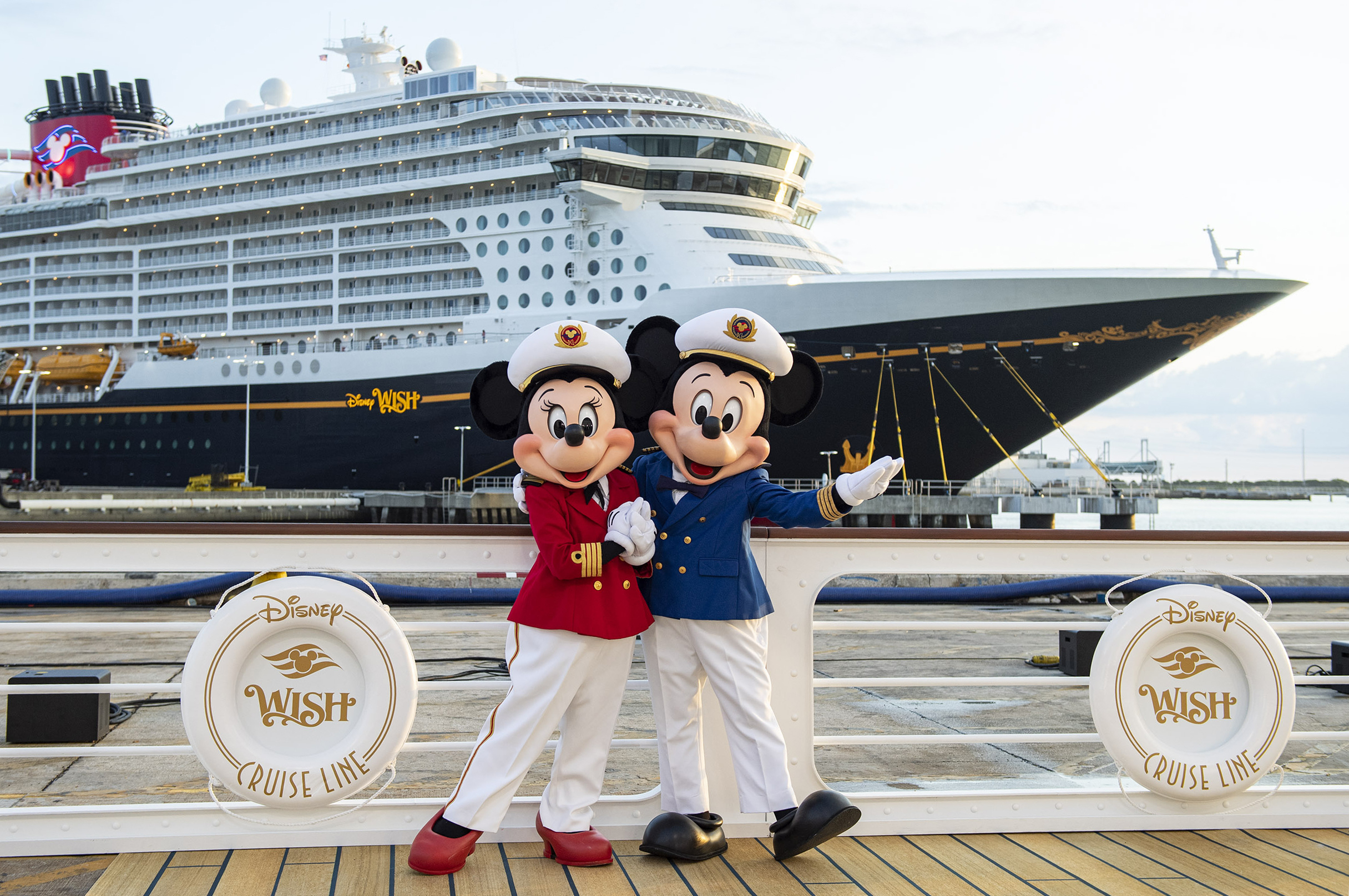 the fifth ship of the company

that has the first Disney attraction at sea: the impressive structure of

suspended over the upper decks to slide down at full speed until you end up in one of the ship's six pools.

The ship, built at the Meyer Werft shipyard in Germany, with a length of 341 meters, 15 decks and a capacity for 4,000 passengers, is the latest bet by

to create a magical and fascinating world at sea, full of wonderful stories that give life to fantastic worlds and that are carried out by the main characters from Disney, Pixar,

and led by Mickey and Minnie.

Mickey and Minnie Mouse, in front of the Disney ship.

The cruise ship, which sails from

(Florida) to Castaway Cay, the company's private island in the Bahamas, also has 25 spaces for entertainment,

, more than 70,000 garments, dresses and accessories for crew members and characters, such as

(18 meters deployed at the stern), as well as virtual adventures, shows...

The worlds of Marvel and 'Star Wars'

"This ship is a celebration of nearly 100 years of Disney history. Every one of the company's worlds and characters is represented in there, from

in the central hall, to Ariel and her friends under the sea, Woody from

and, of course, the worlds of Marvel and Star Wars, all combined with the latest technology," said Bob Chapeck, CEO of

during the launching ceremony of the ship in Port Canaveral, in which did not miss a colorful show with the main characters that accompany the passengers during the journey.

The cover of the new 'Disney Wish'.

in which more than 22,000 have worked over six years, represents the beginning of a

in the company's cruise business for the coming years.

"We plan to open another two ships in the future that will sail to a second destination in the Bahamas (so far they are Nassau and the aforementioned Castaway)," said Josh D'Amaro, president of

In this sense, he highlighted that the new ship will represent "everything that families love when sailing with us, from the incredible

and encounters with characters, to the dazzling shows and the characteristic attention to detail of our crew".

The first crossing will take place on July 14.