Dear reader: if one day while walking you come across a bearer of the Antena 3 logo and another of the Telecinco emblem on the same sidewalk, change course, run away! There are many... 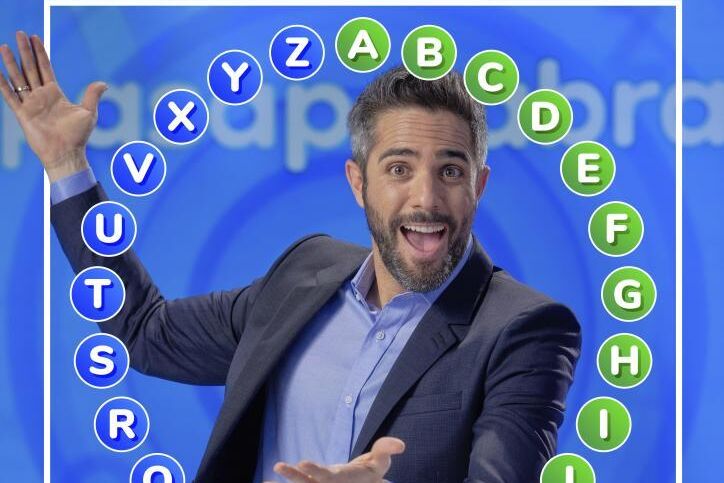 Dear reader: if one day you are walking on the same sidewalk with a carrier of the

Antena 3 logo and another of the

change course, run away! There are many possibilities that after the crossing of both banners a battle than nor that of the Somme in the First World War.

For years, Antena 3, Telecinco and their media groups -Atresmedia and Mediaset- have been at each other's throats in an

that sometimes exceeds the programming grid.

Telecinco has reigned in the last decade and now, after so much time of democratic absolutism endorsed by the viewer,

Antena 3 sits on the throne of free-to-air television

for the first time in its history.

"What has happened this season with Antena 3," explains Valeria Querol, head of data analysis at the consulting firm specializing in audiences Barlovento Comunicación, "is not circumstantial."

Querol refers to the fact that she has been the most viewed in nine of the ten months of the television season, which runs from September to June.

"The trend," she summarizes, "is a

And for evidence, she cites the consolidation of its information spaces, which have been leading in each slot for 30 months.

The channel is at the top because it has increased its audience percentage compared to the previous season by 0.5%, reaching a 14%

But it has also stormed the sky because

That is to say: the honeys of one are combined with the bitterness of the other, the perfect storm, as Ana Isabel Rodríguez, dean of the Faculty of Communication Sciences at the University of Santiago, says.

An expert in audiences and programming, Rodríguez points out that there has been a "change in viewer preferences around two opposing models with regard to the offer of linear television."

and another, that of Antena 3, tending towards a more à la carte consumption and with more white and familiar content.

shows , which were working, but now the audience has changed their consumption habits.

"And that coincides with that perfect storm: the wear and tear of a model, some image crisis" and the most significant element for her, the change of

from Telecinco to Antena 3.

In search of the causes of the unprecedented leadership, Enrique Guerrero, Professor of Audiovisual Communication at the University of Navarra underlines this idea.

He maintains that while genres such as heartbreak are experiencing a particular crisis, Antena 3 contests such as

[with an average audience of 22.2%] or entertainment spaces such as El Hormiguero [15.6%] are enjoying a sweet moment that allows to the chain

accumulating the largest amount of audience in prime time

brings it together in the

, it ends up in the news and then it is picked up by "another success" as

: «This creates a block of audience that places Antena 3's prime time offer at an advantage», he concludes.

In addition to the classics, analysts do not let Antena 3 succeed at the start of the season with the "experiment" of

According to the balance of Barlovento,

had the most watched episode of a fiction with an 18.1% share.

The battle, in short, will continue to be fought next season by Telecinco and Antena 3. La 1, once the biggest -at least when it competed on equal terms-, wanders very far from both in an audience of 8.8%, in minimum .

This has not prevented him from

hanging the golden minute of the season

The season of less traditional consumption

: 45.6 million have watched TV for at least one minute.

However, it is the lowest year in

You have to go to the beginning of the statistics -1992- to see such a low figure, as Barlovento publishes.

is with less audience”, chisels the dean Ana I. Rodríguez, “and that is the crisis of linear television”: “

And here is the greatest war to wage.

The one with the pasta.