The world in questions - Turkey and NATO, winning poker for Erdogan

It is a tussle that has pitted Turkey against other NATO member countries over the accession of two new members, Finland and Sweden, to the organization. Membership compromised... 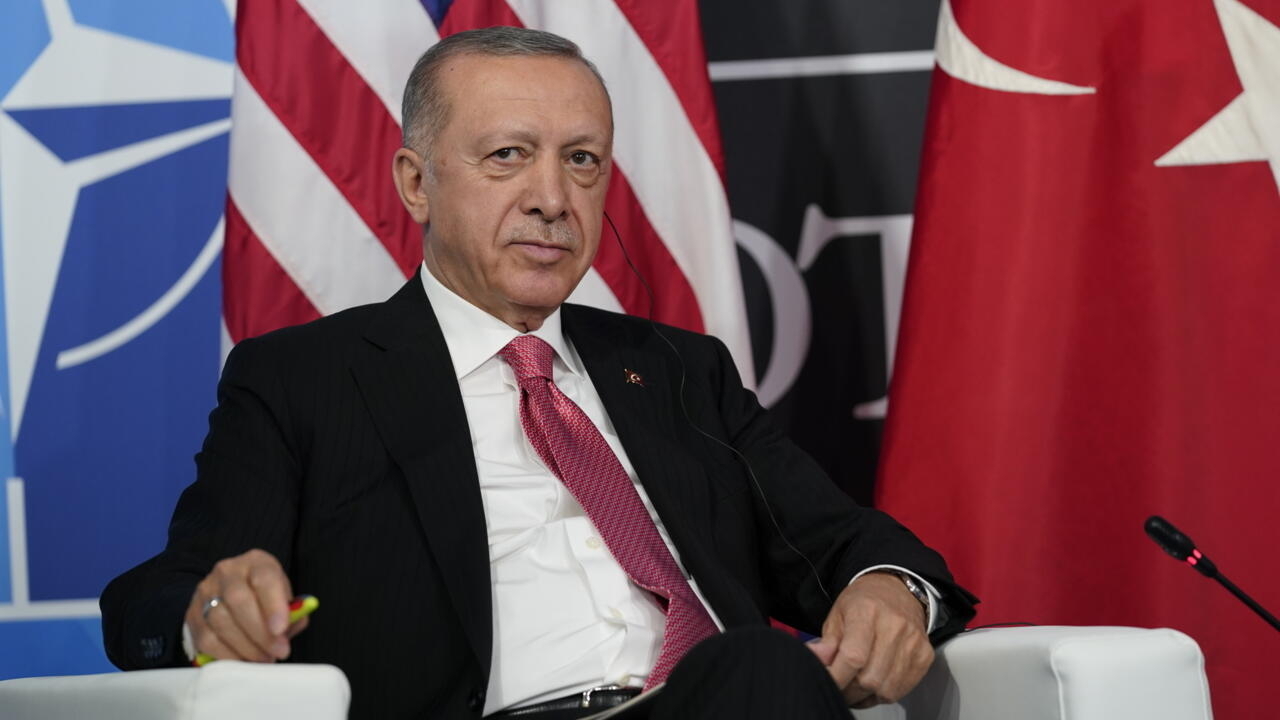 It is a tussle that has pitted Turkey against other NATO member countries over the accession of two new members, Finland and Sweden, to the organization.

A membership compromised by the Turkish president, who threatened to brandish his right of veto to prevent this enlargement.

In the end, all's well that ends well.

But why did the Turkish president finally change his mind?

As soon as the announcement of a possible Turkish veto on the entry of Sweden and Finland into the Atlantic Alliance, we knew that there was on the part of Recep Tayyip Erdogan, a part of calculation and the will, sometimes displayed , sometimes concealed, to obtain compensation – and only then to accept these two new members within NATO.

Openly displayed: the request addressed to Stockholm and Helsinki to extradite to Turkey members of the Kurdish organizations of the PKK and even of the PYD, its Syrian wing.

Because for Erdogan, it was unthinkable to belong to the same organization as countries which, according to Ankara, welcome and protect what he considers to be Kurdish terrorist movements.

►Also read: End of the NATO summit, the Atlantic Alliance is making progress on all issues

This Turkish request was accepted almost as is.

Even if, particularly in Sweden, where there is a large Kurdish community, this accommodation with Ankara has sometimes been very badly received by certain left-wing parties, members of the government coalition: they accuse the Social Democratic Party, which led the discussions of “bowing” to an authoritarian regime, unsavory in terms of human rights violations.

On the other hand, another motivation of the Turkish president was not expressed openly, but we quickly understood that it was an integral part of a possible compromise: the end of the Swedish and Finnish embargoes on the sale of arms to Turkey.

A decision taken by the two countries in 2019, in retaliation for Turkey's intervention in northeastern Syria.

This request was also accepted by the two candidate countries.

►Also read: NATO: Erdogan warns that he can always block Sweden and Finland

And that is why and how Ankara finally gave up opposing the entry of these two states into NATO.

We can therefore say that Erdogan knew how to haggle his final “yes” masterfully and obtain almost everything he asked for.

A sequence that reveals the great skill coupled with a real firmness of Erdogan.

He was able to play on the importance of his country within NATO: a large country located between Europe and the East, which hosts an essential NATO military base, and which provides one of the more important to the alliance.

Nice blow, to the detriment of Kurdish militants once again sacrificed on the altar of realpolitik.

As a result, Erdogan even allows himself to ask for real solidarity from NATO's allies in the face of terrorism.

He strengthens his position within NATO after having demonstrated that nothing can be done without him.

And poses again as a mediator between Moscow and kyiv.

Currently surfing on its position of ambiguity, close to NATO and continuing to talk with Russia.