Studio Universal Pictures announced the closure of the Russian office and the final withdrawal from the country. This decision was made due to the difficulties associated with doing business in the current environment. Earlier, major Hollywood studios refused to release their new films in Russian distribution. As a result, cinema chains in the country found themselves in a difficult financial situation, some had to close part of the cinema halls. 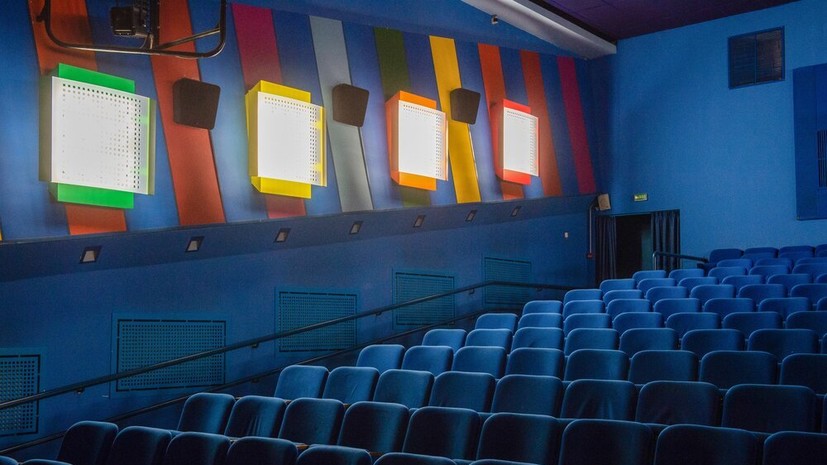 One of the largest Hollywood film studios, Universal Pictures, is closing its office in Russia and finally leaving the country, the Bulletin of the Film Distributor portal reports, citing a source in the company.

Previously, theater owners received a letter stating that all activities of Universal Pictures would be terminated within the next few months.

“The parent company decided to stop its activities in the Russian Federation, as it became impossible to conduct business due to the many difficulties faced by foreign companies,” the document says.

The Russian division of Universal Pictures released such popular films as Inglourious Basterds, Iron Man, 1917, Stephen Hawking Universe, Jurassic Park, No Country for Old Men, Kung Fu Panda, films of the Lord of the Rings series and many others.

In early March, it became known that Universal Pictures, amid a special operation in Ukraine, refused to distribute its new films in Russia.

Thus, over the past months, Russian viewers have not been able to see such films as Bad Boys, Varyag, Jurassic World: Dominance and others on the big screen.

A similar decision was made by other major studios - The Walt Disney Company, Warner Bros., Sony and Paramount Pictures.

Soon the conglomerate The Walt Disney Company announced the termination of all its activities in Russia (Russian distributors were engaged in the rental of the films of the other companies).

The latter at the same time abandoned the further production of the planned Russian projects.

Among them are a serial adaptation of Leo Tolstoy's novel "Anna Karenina" with Svetlana Khodchenkova, Fyodor Bondarchuk, Yulia Alexandrova, Gosha Kutsenko and Yura Borisov, as well as the series "ZATO", "Nothing Special" and a tape with Alexander Petrov, the name of which was not defined.

Due to the refusal of majors to show their new films, the Russian cinema business found itself in a difficult financial situation.

It is known that blockbusters provided about 80% of all revenue.

Due to the lack of profits and the inability to provide a full-fledged work, to date, the owners of cinemas have closed a third of the cinemas from the number of operating theaters in the country.

In order to attract viewers and retain at least part of the income of the network, they decided not to raise prices for tickets and products of cinema bars, and Karo launched a promotion at all, within which viewers can watch films on the big screen for one ruble two days a month.

In addition, more Indian, Chinese and Korean-made films began to appear in cinemas.

In the future, serials are expected to be shown, as well as Iranian films.

At the same time, Western films by some studios are still available to viewers - these are mainly festival films.

In addition, according to Vedomosti, in the spring, cinema chains stopped paying Hollywood studios for the rental of films, the rights to broadcast which were bought earlier.

Nevertheless, it is expected that the total loss of cinemas by the end of 2022 will reach more than 11.1 billion rubles, while the possible box office of Russian films for the same period, according to forecasts, will not exceed 6.142 billion rubles.

As Alexander Odolsky, general director of the Soft Cinema regional network, noted in an interview with RT, the adoption of a bill on compulsory licensing, including the production of major studios, could be a salvation for cinema networks.

“Only the draft federal law on compulsory licensing will help to fight.

Its meaning is that a certain state enterprise is being created that forcibly delivers the product to the Russian market, receives a distribution certificate from the Ministry of Culture, so that these films correspond to the high moral qualities of our Russian culture and do not contain propaganda and scenes that discredit Russia.

Accordingly, the film is then voiced, rented to cinemas, and the rental fee is collected, ”explained Alexander Odolsky.

At the same time, several screenings of the film "Batman" by Warner Bros. Studios took place in Russia in June.

The company itself canceled the rental, but some cinema networks managed to release the tape thanks to agreements already concluded.

However, Sergei Pirozhkov, board member of the Association of Cinema Owners, noted in a conversation with Cinemaplex that this is an isolated case, and the screenings of other canceled Hollywood films in Russia should not be expected yet.