Behind closed doors, without an audience and behind a screen. In this way, the writer, painter and illustrator Paula Bonet will declare in the trial that is being held this Friday against her ... 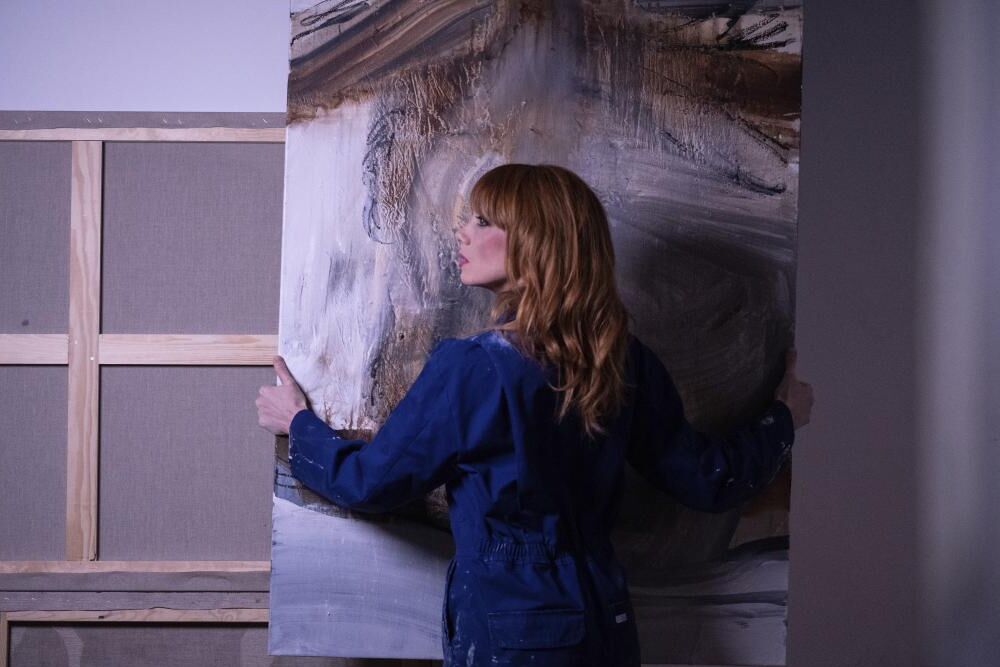 Behind closed doors, without an audience and behind a screen.

In this way, the writer, painter and illustrator Paula Bonet will testify in the trial that is being held this Friday against her

The Criminal Court number 10 of Barcelona ordered, at the proposal of Bonet, that the oral hearing be held behind closed doors, which means that only the lawyers, the accused, and the witnesses will enter when they are called, there will be no public or journalists.

The victim's lawyer, Carla Vall, asked to hold the trial behind closed doors following what is stipulated in the Victim's Statute, in addition to requesting the statement "through a screen, to avoid visual confrontation with the accused. In this In this

the victimization in the process

of those who have denounced and feel fear in their procedural actions is avoided, to guarantee greater tranquility in the act of trial that contributes to the greater appreciation of all the statements of all the participants in the debate", according to the judge.

The artist thus guarantees her privacy in this case of alleged harassment that has lasted in recent years and for which the defendant was imprisoned twice for skipping the restraining orders imposed by the court up to six times.

asks for three years in prison

for the crimes of coercion, threats and violation of the restraining order while the private prosecution, which represents the artist, asks for four years in prison.

On his part, the defendant, represented by the lawyer Sergi Merce, requests acquittal in his provisional writ, considering that there is no crime.

About two weeks ago, the defendant was released pending trial, so Bonet announced that he was stopping attending public events at a time when he was promoting his latest work.

This level of protection of her privacy has led her to request that the trial be held behind closed doors to avoid feeling pressured.

Through social networks, she assured that her priority was to

and "limit my public presence as I have been advised."

Her lawyer indicated that these days prior to the Bonet trial she has felt "very sheltered by the signs of support" for which she is preparing to "testify well and testify calmly."

the threats suffered by

the victim are "terrible" since they expose details of how he would attack and rape her to "provoke abortions" which for the artist is "specifically very painful" in addition to the death threats which is "intolerable and very serious".

"She has supported this process as a form of her own reparation and as a brake on this incessant machismo that makes women have to withdraw from our public and personal life, which makes us have to withdraw ourselves," says the lawyer.

As this medium advanced, the Prosecutor's Office believes that the defendant began to stalk the artist in July 2019 when he appeared at her workshop repeatedly, sometimes even when Bonet was not there, "staying in the entrance area or in the surroundings of the premises for hours".

In addition, she "repeatedly banged on the glass of her front door asking for her insistently, raising and lowering her blinds and pressing her lips and hands to the glass giving her kisses while looking at her."

The artist recorded the scene and reported the events to the Mossos d'Esquadra who fired the defendant.

In addition, the prosecutor points out that the defendant attended public events that Bonet had planned such as talks, exhibitions and book presentations, and there "he questioned her with questions if she was the one who exhibited her work or bothered her by repeatedly passing by her side or staring at her" and sent her several threatening messages and tweets.

In them he assured that he would

her, in addition to the fact that he would repeatedly rape her until causing her "a third abortion".

The Public Ministry indicates that the accused continued with this harassment, claiming the victim's attention and stating that he wanted to have "a loving-affective relationship" with her.

That's why he left her notes in front of the workshop, with flowers or a cut eel, in reference to the artist's work, with a 'V' written on it and the expression "the rapist".

Due to this harassment, the victim "was altered not only her emotional stability, but also her work activity, since the defendant's overwhelming behavior

prevented her from concentrating

and also altered the calm and work of her students, so that she did not deliver her works and commissions within the prescribed period."

nor to his home, nor to his workplace, studies or any place he frequently frequents for five days after serving his sentence.

The trial is held this Friday.