This Friday will be given the big start of the Tour de France. A somewhat special start this year, since the Grande Boucle will start from Denmark. In Copenhagen, for the 22 teams in the peloton, the capital… 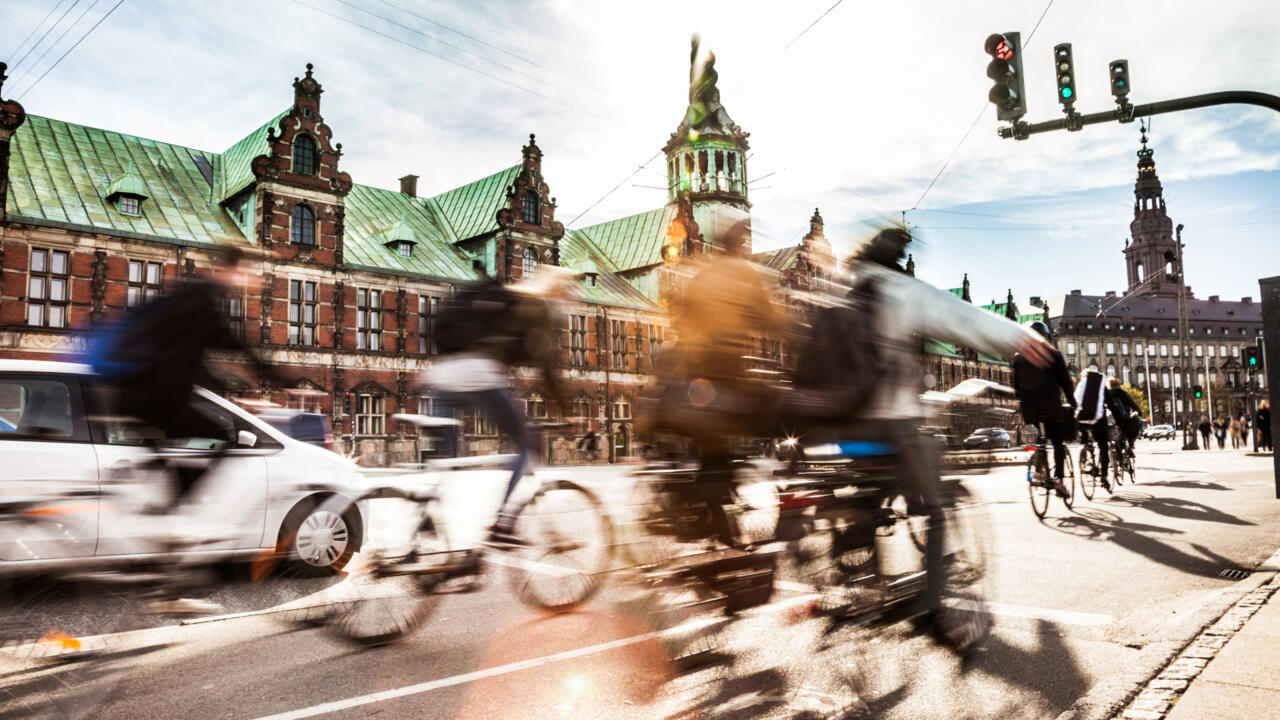 Copenhagen, world capital of cycling and starting point of the Great Loop

Copenhagen, the cycling capital of the world.

This Friday will be given the big start of the Tour de France.

A somewhat special start this year, since the Grande Boucle will start from Denmark.

In Copenhagen, for the 22 teams in the peloton, the Danish capital has put in a lot of resources to host the Tour.

Postponed for two years due to the pandemic, this great departure will also be an opportunity to highlight Danish cycling in a city considered as the world capital in this field and where the number of bicycles exceeds that of inhabitants.

To rediscover the cry of a seagull, the sound of water or the sound of wheels on the cobblestones, in Copenhagen, forget the hum of engines, bicycles are everywhere and five times more numerous than cars.

Shopping in hand, Louise is about to get on hers.

I use it every day.

To go to work or to pick up my children from school.

I've always used my bike a lot since I was little.

It's natural, it's my daily life.

I have a car, but I prefer to take my bike.

I was raised that way and I raise my children that way.

We take our two-wheelers, and we avoid the car.

And there is no Danish miracle recipe according to Marie Kastrup, vice-president of the Cycling Embassy, ​​an organization promoting cycling in Denmark.

It's true that here, the bicycle is a normal means of transport.

It is because we feel safe.

It's not super complicated.

The city of Copenhagen conducted a survey asking its inhabitants why they choose to cycle.

Most say it's fast, there are no traffic jams and the tracks are physically separated all the way.

No one is afraid: neither the children nor the elderly.

Nor the mayor of Copenhagen, always on a bicycle.

Not even Prince Frederik of Denmark: “

We feel proud of our cycling culture.

The land of cycling is Denmark!

The country of cycling… and for a very long time!

As early as 1921, Copenhagen hosted the first World Cycling Championships.

It's been a real cycling city for a very long time.

In the 1920s, there was the American film shot by a tourist who said he was in one of the cycling capitals.

Then there were the problems related to the oil shock crisis.

The Danish company has mobilized so that there are more and more bicycles on the streets.

What was complicated for the Danish capital was to create a bridge between the city bike and the one capable of winning the Tour de France.

A Tour de France that the Danes have been waiting for two years and that they will be able to admire with their own eyes.

They will be ten Danish runners to take to the streets of Copenhagen this Friday and many more on Saturday.

The city will be 100% cycling and the inhabitants will be able to test themselves on the same route as the champions.

Cycling: the Critérium du Dauphiné 2022 for the Slovenian Primoz Roglic

The women's CAN is approaching, and Cameroon is preparing