The governor of Buenos Aires against the RAE: "They are not going to explain to us from Spain what words to use"

The eternal debate about the Spanish that is spoken on both sides of the Atlantic has resurfaced with the defiant speech of Axel Kicillof, governor of the province of Buenos... 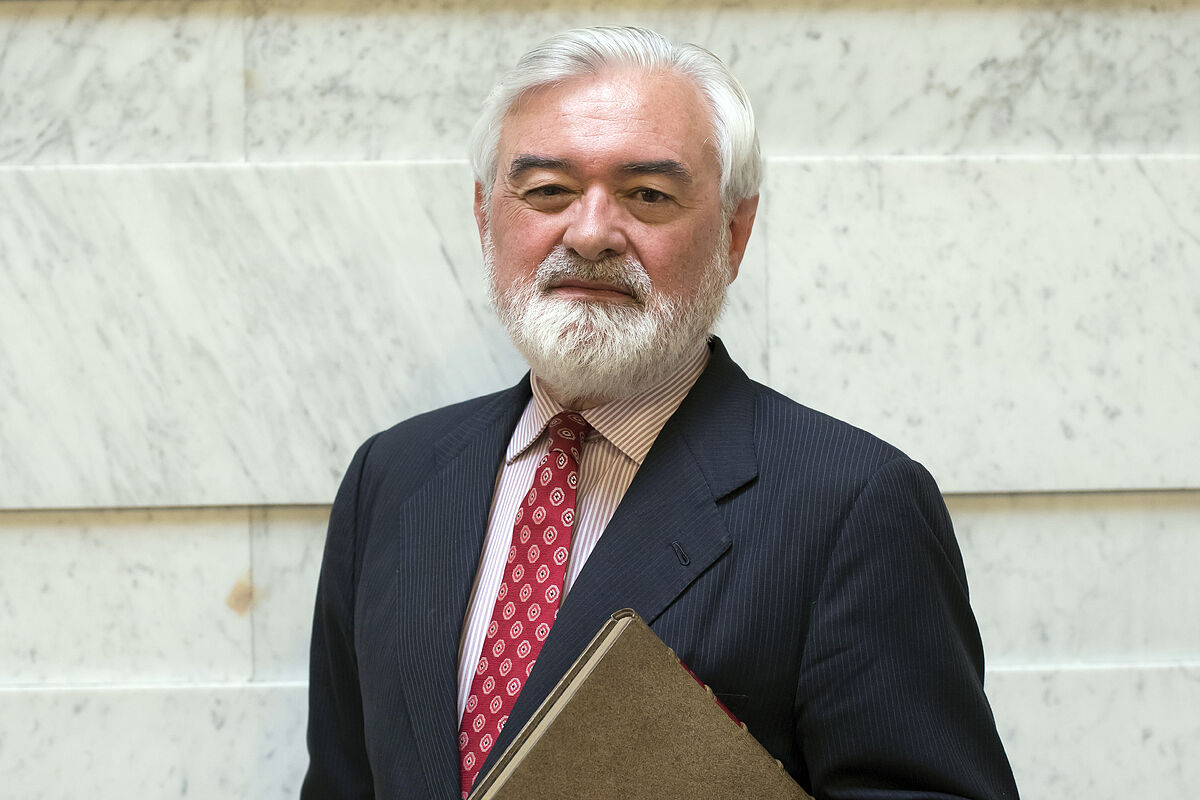 governor of the province of Buenos Aires, the largest and most powerful in Argentina.

Kicillof's thesis is simple: it is not the Royal Spanish Academy (RAE) that should tell Spanish speakers

how to use the language

And to support the idea he used the memory of the May Revolution of 1810, the prelude to

"So many years after the May Revolution, it will not be from Spain (sic) that they will explain to us the words we use," said Kicillof, former Minister of Economy of today's Vice President

, of which he is a sort of political spoiled child.

Kicillof, a Peronist, spoke at an event with students from schools in the province of Buenos Aires, and took the opportunity to draw contrasts with Horacio Rodríguez Larreta, an opponent and mayor of the city of Buenos Aires, who days ago prohibited the use of

in the schools in the Argentine capital.

"We don't like, boys, girls, to ban," said Kicillof, who called on schoolchildren to be

Kicillof's idiomatic and rebellious fervor found an answer in

, former director of the RAE and a number academician of the institution.

"It seems to me an inconsistent statement and, on the other hand ,

, because Spanish is the language that it is today not because of the colony, but because of independence," said Villanueva Prieto, thus intervening in the debate on Spanish, which in wide swathes of Latin America is usually referred to as

"When independence occurred after 1810,

have proven that in America there were only 20 percent of citizens who spoke Spanish, so that the republics were the ones that made the decision that the official language of the nascent institution republican, which was the Nation, had to be this language".

If there is a country in which Kicillof's central argument ("don't let them tell us how to talk about Spain") makes little sense, that is Argentina.

Daily speech in the eighth largest country in the world, the third largest economy in Latin America, is extremely peculiar: "you" or "you" are not used, the dialogues take place under

But not a "vos" like the one that in the fifteenth or sixteenth centuries was used to address a person on a higher social scale, but a "vos" for everyday and colloquial language that replaces "you", as well as " you" replaces "you".

a vassal towards his lord.

Conclusion: if the Argentines have not done something in their 206 years of independent history, it is to pay attention to Spain or the RAE.

Kicillof, who negotiated in 2012 with

the very generous payment for the expropriation of 51 percent of the oil company YPF from Repsol, declared himself a lover of

, something that Villanueva Prieto does not approve of either.

"It is important to understand

identity as a community

and not as a difference. Today it seems that claiming my identity means separating myself from others, but the word identity comes from identical, and identical means 'what is common and similar'. And language, in our case, it is a language that maintains a great unity, it is an extraordinary example of this", he explained.

Villanueva Prieto added that the word "all" does not imply disrespecting anyone, that appealing to

is neither necessary nor recommended: "There are many languages ​​that have the masculine as an inclusive generic."

"The vast majority do it this way. But for example there are a few that I know where the generic is not masculine, but feminine. One of them is

that is spoken on the Venezuelan coast. And what happens in the society that speaks Guajiro? The condition of women is incomparable with the condition of women in our countries, in Argentina, in Spain, in civilized and developed countries. That is to say, to think that by saying 'everyone' one is excluding, offending or throwing women into disrepair, is not sustained in any way".

The academic said he regretted Kicillof's statements, made by "a person who has a great political responsibility and especially speaking with young people."

The journalist Alberto Amato, a columnist in "Infobae", ironically took Kicillof's anti-academy diatribe, whom he referred to in an open letter as a "companion", a common form among Peronists.

"It gives the impression that you think that the RAE wants to order us how to speak. You are very wrong, mate, I am sorry to say it. Far from trying to order you something,

the RAE tries to make you think

. It is always possible. There is a big difference between ordering something someone and allow them to think".

"We have to make friends with words. Accept this advice, I beg you. You cannot avoid that commitment. If I remember correctly, partner, you inaugurated a new verbal form of the irregular "can", when you said

, instead of "It was not possible". That leads me to think, even at the risk of being mistaken, that perhaps his command of the language is a little below that of ordinary mortals (...). I beg you, do not take the term ignorant with the derogatory sense that is applied to it as a general rule, but with the meaning that the RAE gives it: "That ignores or does not know something".