After being asked about love, the killer of Mansoura student Naira Ashraf laughs in court

The Mansoura Criminal Court in Egypt held, on Sunday, the first session, the trial of the student Mohamed Adel, accused of deliberately killing his colleague, Naira Ashraf, with premeditation and premeditation last Monday, in front of the door of Mansoura University. 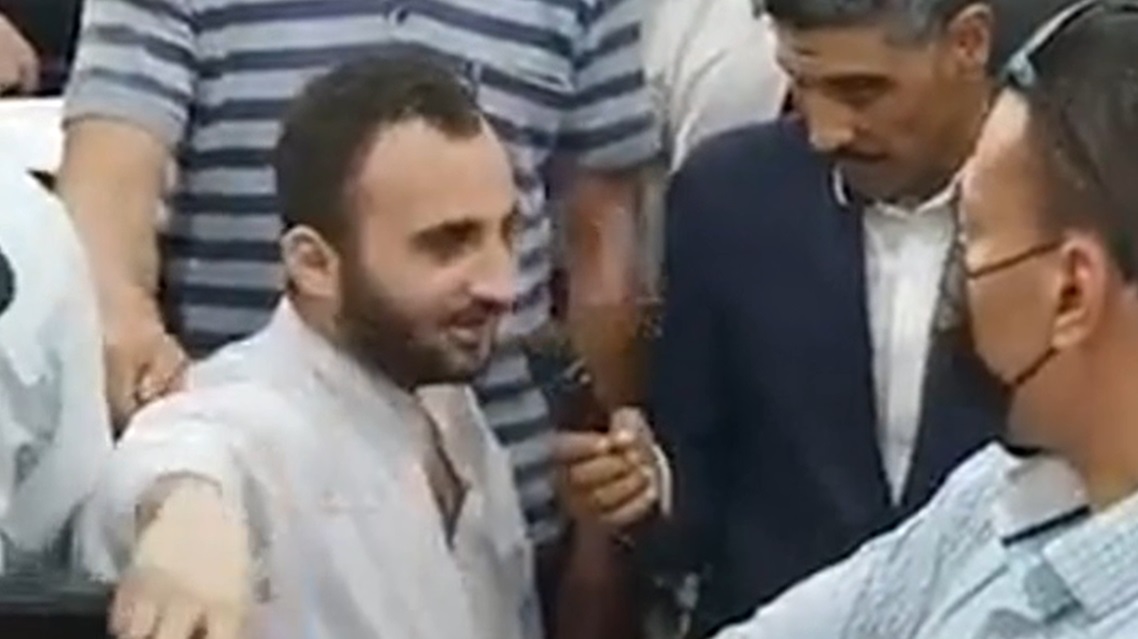 After being asked about love, the killer of Mansoura student Naira Ashraf laughs in court

The Mansoura Criminal Court in Egypt held, on Sunday, the first session, the trial of the student Mohamed Adel, accused of deliberately killing his colleague Naira Ashraf with premeditation last Monday in front of the door of Mansoura University.

The student accused of killing his fellow student in front of the door of Mansoura University surprised the judge with laughter, after he asked him about the concept of love for him, which is the argument that the killer promoted in his statements about the reasons for slaughtering his colleague, who refused his love, according to what was mentioned before the investigation authorities and the court, today, in the first sessions of his trial. .

In his confessions before the court, Naira Ashraf's killer set off a huge surprise, accusing the victim of threatening him with death, despite their relationship for a year, and even though he was spending on her.

The accused, Muhammad Adel, explained that the girl threatened him that if he asked her to recover what he spent on her, she would accuse him of harming her, adding that he tried to talk to her again to resolve and settle the differences between them, but she repelled him and demanded that he stay away.

In his confessions, he said that he was spending on her, and that she was telling him about problems between her and her parents, and that they were aware of their love story, and he continued, "But when I went to her house once, I discovered that her family did not know anything about the story."

And he continued: "I was spending on her, not leaving her in need, but she called me and threatened to expose me and use a man to assault me."

And he continued, "Nayra threatened me a lot in an hour-long call, and my family rejected our story, and I was shocked, and I decided to respond to the insults through a new email after she made a block for me in every need."

For his part, the lawyer of the accused, Ahmed Mohamed, said that the case will witness surprises and new evidence that will change the opinion of the public opinion, which is disturbed by the incident.

Naira Ashraf’s killer reveals the scenes of what happened immediately before his crime: “I was suffocating” pic.twitter.com/1zPD3DzvPx

On Sunday morning, the first session of the trial of Naira's killer began, in the presence of a large crowd of the victim's family, relatives and friends, amid intense security measures.

The court's vicinity witnessed intense security strictures at all entrances, and the Egyptian Central Security Forces were deployed around the courtroom.