'Central center' is pouring rain... Raindrops across the country all this week

It was cloudy and muggy today. This water vapor soon turns into rain. It has been raining all week in the central region, and heavy rain is predicted in some areas, including northern Gyeonggi, from tomorrow. 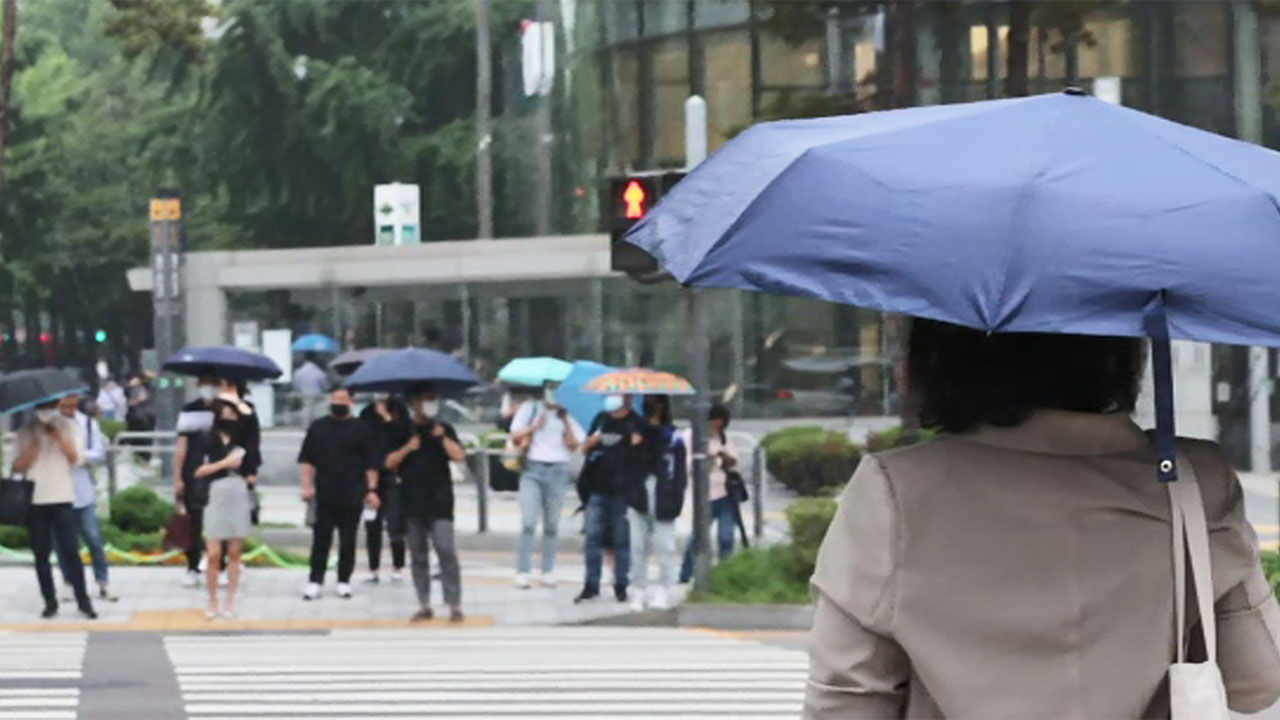 It has been raining all week in the central region, and heavy rain is predicted in some areas, including northern Gyeonggi, from tomorrow.

The outdoor swimming pool in downtown Seoul, which opened for the first time since Corona, is crowded with outings even in cloudy weather.

Water spouts from the fountain, and the kids don't know how to pass the time as they play in the water in the tube.

[Lee Hyun-ho / Goyang-si, Gyeonggi-do: It is cloudy and humid, but the children seem to like it when they go out and play.]

A large amount of water vapor flows into the Korean peninsula, so the day is very humid, and this water vapor is expected to turn into a monsoon rain.

Water vapor enters along the edge of the North Pacific high pressure, where low pressure passing through the northern part of the Korean Peninsula lifts the monsoon front, with rain centered in the central region through Friday this week.

From tomorrow, 50~100mm of rain is expected in the metropolitan area and inland of Gangwon, and there will be places where it will rain 150mm or more in northern Gyeonggi and northern Gangwon.

[Woo Jin-gyu / Meteorological Administration Forecaster: From the 27th to the 28th, a large amount of hot and humid air will flow in from the south, and very strong rain of 30-50mm per hour is expected mainly in the central region of Korea.]

As the atmosphere becomes unstable due to water vapor in the southern regions,

10 to 60 mm of showers are forecast for the southern region tomorrow, but localized downpours exceeding 100 mm may fall on Mt. Jiri, which is affected by the topography.

This rain is expected to cause damage such as flooding of low-lying areas, soil runoff, and river isolation, so thorough preparation is necessary.