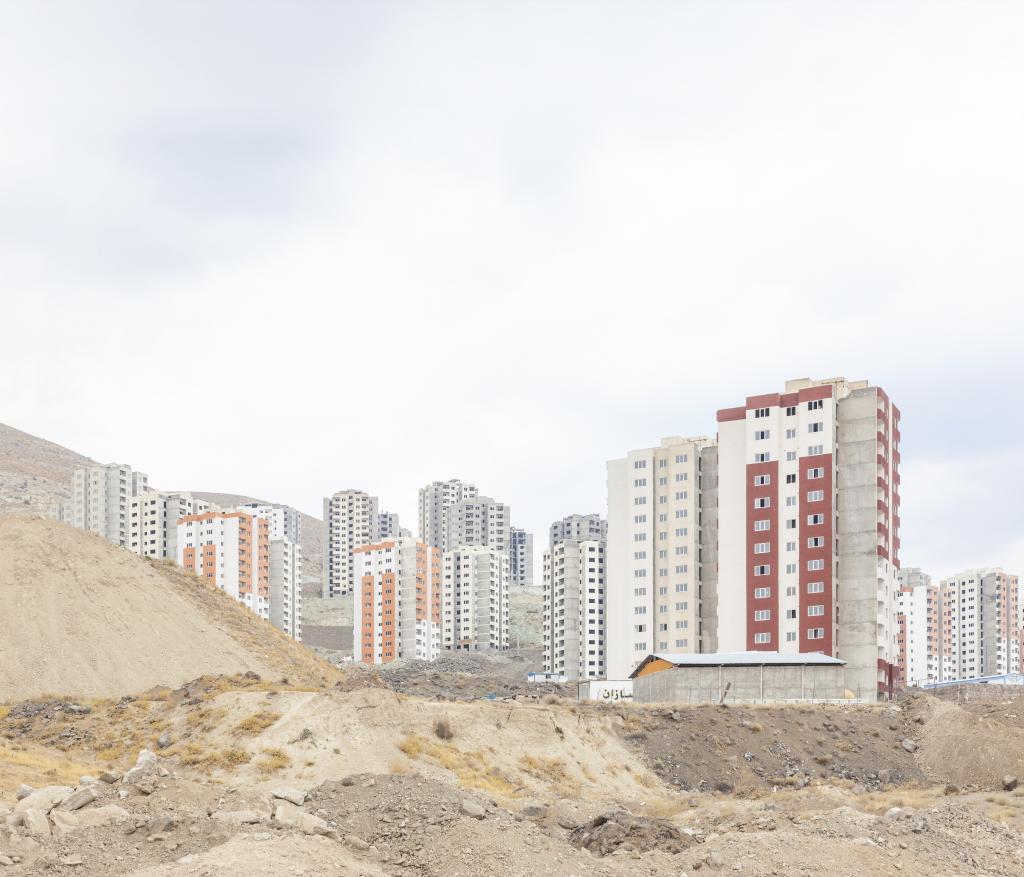 , a photographer specializing in architecture and historical heritage, is presenting these days at the College of Architects of Seville a never-before-seen variation on the theme: Pardis, a semi-

satellite city 56 kilometers from the center of Tehran, gives the title to a collection of photographs portraying a landscape of desert hills populated with international-style cloned towers.

"In the exhibition, with very large prints, you can see a child in a tower, some lost dog... But the photographs deal, above all, with

The year of the grand prizes for social architecture

The year of the grand prizes for social architecture

Farmscrapers: vertical farms in the center of cities

Farmscrapers: vertical farms in the center of cities

What led the photographer to that dry land?

My father worked in Iran before the Islamic Revolution, so Iran has always been a mythical place in my head

. After 9/11, when Iran seemed to be one of the hotbeds of all evil that there was in the world, I was very curious to go. My experience, like that of all Europeans working in Iran, has always been good. The people are very friendly and the historical heritage is unfathomable. There is so much that they

always go behind of emergencies

, they don't have enough funds to maintain everything. In addition, the state prioritizes the conservation of Islamic heritage."

While working in Tehran, Espaliú learned about Pardis, paradise in Persian.

"Pardis is on the road that leads from Tehran to Mashhad, the second largest city in Iran. It is amazing to see it from the road, they are towers that are born

as if they were something organic

How did those towers fall into that lunar landscape?

in Iran ," explains the photographer.

"The cities collapsed. Mashhdad, for example, went from having two million inhabitants to having a metropolitan area of ​​20 million.

The pollution and traffic problems are tremendous

, but the real drama is that of housing."

"In Iran", continues Espaliú, "there is

a culture of large housing, not only for the elites

. The houses have an intimate space and a semi-public one. In a country with an unbalanced economy and with this rural exodus, access to housing became very difficult, even for the middle class.

According to studies by the Central Bank of Iran, the rental market became more expensive by 50% in 2021. The percentage of the income of Iranian families that is dedicated to housing is up to 60%.

The deposit required to rent an apartment is disproportionate

, as much as 20% of its sale price. As inflation is very high, that deposit is almost lost money."

In the 1990s, the Islamic Republic wanted to remove part of this newly urbanized population from the consolidated cities.

He planned 17 satellite cities throughout the country, with two million homes altogether

Pardis was the largest of them, but not the most lucid.

Why did those responsible for the project choose those desert soils and devilish orography?

"Because it was the cheapest land, the one that nobody wanted, not even for agriculture," says Espaliú.

"Everything is decided with that price criterion, even the architectural language."

The apartments in Pardis are not big like those in Tehran;

the cheap housing of Spanish developmentalism

The towers, moreover, were built before the roads and basic infrastructure such as running water.

For public transport, commerce and schools, it is better not to ask.

"The only services you find in each development are the mosques," says Espaliú.

The consequence was that, when the towers were built (between 15 and 18 floors each), nobody wanted to live in them.

"Demand was very low. But the final straw was the sanctions on Iran's economy.

Many of the construction companies were Turkish and left the country

. Right now, out of 12 phases that Pardis has, eight are abandoned."

And Tehran is still the same chaos as it was 20 years ago.

The same unreality with which the Venetians must have seen the ruins painted by Canaletto.