The Anthill | The day that Susanna Griso hesitated to... Pedro Sánchez?

"I come once a season. I am almost like an ant &amp; quot;, were the first words of Susanna Griso on her return to El Hormiguero. The journalist who, indeed, is... 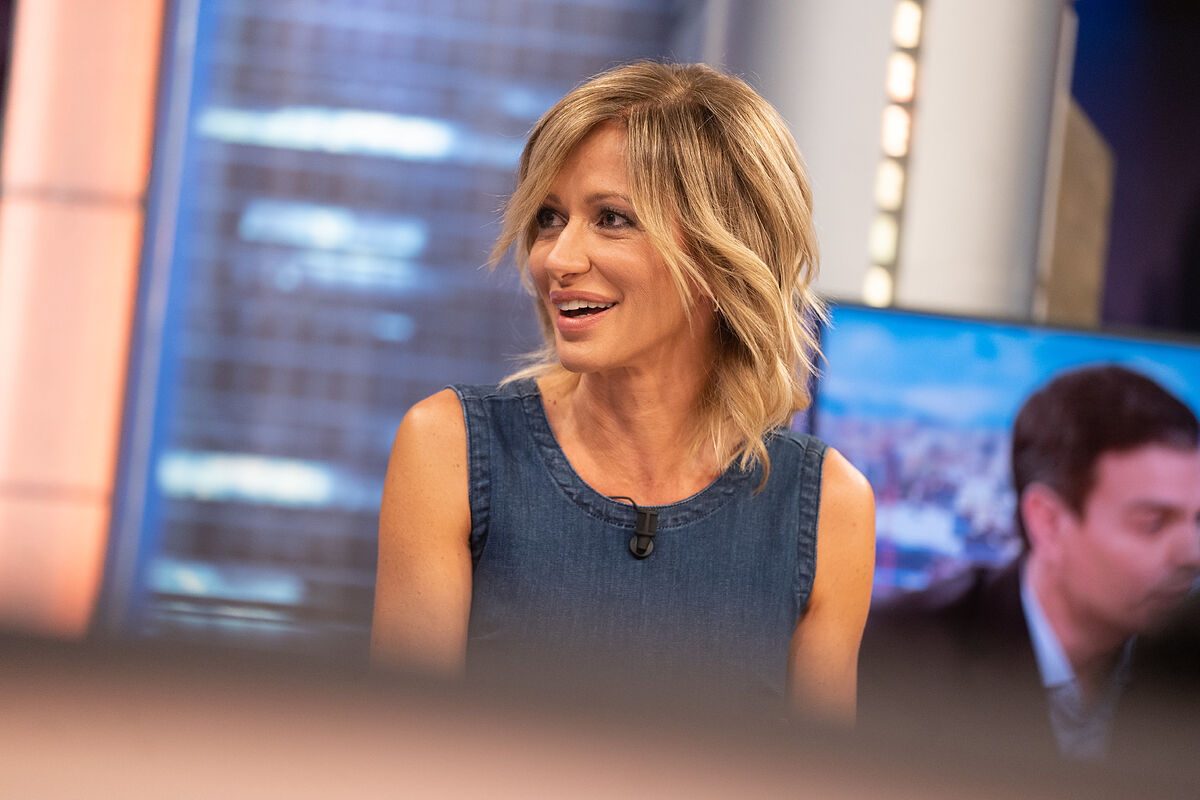 "I come once a season. I'm almost like an ant", were the first words of

on her return to

The journalist who, indeed, is one of the fixed guests of each season in

, went to what journalists always go to the

program , to talk about current affairs, about the profession, about vanity, about friendships ' dangerous'... What was certainly not in the script last night in

ended up falling into

's trap and ended up revealing that "powerful man of this country" the journalist hesitated unintentionally.

, he always clicks to find out what else they can tell about what is not seen behind the cameras.

Those meals, meetings, friends they have, but of which nothing ever transcends because they belong to another sphere that is not the public one or the one that is interesting to know about.

was not going to be different and she did not deny it either.

eats with personalities, businessmen, colleagues and politicians whom she considers her friends and who "reconcile her with public life."

he could befriend a politician and then sit across from him, interview him, and herd him when it was time to herd him.

came out of the quagmire successfully, assuring that she is friends with "many politicians", one in "almost all parties" and that it does not interfere with her work: "When I am doing an interview, I strip myself of the character. There is no question that avoids do to a politician no matter how much we are friends. In fact, there are questions with a little more bad milk because there is trust. Interviews with people who are your friend

precisely for that reason".

had found the bait with which to catch a good fish and he had to keep pulling the rod.

So he continued down that path, that of 'dangerous' friendships and asked

, since she had gotten involved and had taken the bait, with which of all the former presidents or presidents with whom she had eaten she had the conversation more interesting.

bit, but she bit as far as she wanted to bite.

She gave a name,

, but she did not reveal anything that would shake even half the foundation, not even something for which the phone could ring.

She learned from that SMS from

that she did not hesitate to read live and that she regretted as soon as she read it.

"Behind the scenes what they tell you is very interesting. Seeing the back room teaches you so much that I don't want to give that up. I remember a conversation with

when he was in an election rerun and he was acting president. I was more relaxed and I went to eat with him. It was at six in the afternoon and I had a Pilates appointment and I had to call to say that I couldn't go because I was with the president. He has the best after-meal conversation in Spanish politics".

Count, count... The back room is not for everyone because then they close the door.

The trap of Pablo Motos to Susanna Griso

And between the lack of sleep, between whether he takes a nap or not and between the obsession with sleeping for those who get up very early,

was paving the way.

The last time that

, one of the issues to deal with her was that

did not grant her an interview.

Months after that manifest complaint,

did grant the interview to

, but not as he would have liked

The President of the Government summoned her to Moncloa, with the Moncloa team and with the time closed.

And that no journalist, especially when it's for TV, likes it.

"The problem is time. They give you half an hour and when you fulfill it they start to give you little signs with

. Politicians extend themselves a lot and have learned it very well. They are always stuck in that trap (...) And you you get very nervous because you see that time passes and there are many issues to be discussed. The good interview is in the cross-examination that is where you want to catch them, "said the journalist.

In fact, whenever a journalist with media coverage

El Hormiguero , as is the case with

tries to pull their tongues with

, his management, his character... With

It was not going to be different, but

is much more restrained.

Only when she asked about the first interview she did with him, when

was still simply the candidate for the PSOE primaries, did

move away from that neutrality: "When I interviewed

for the first time I thought, but where is this boy going? I saw him with little packaging. And I was surprised by the security he had at that time even with Zumosol's cousin behind him,

Nothing more, nothing less.

It was not until

asked her about the pseudonyms that

uses in her agenda to save her contacts when the journalist had to dribble again to get out of the trap.

confessed that he also uses code names to save his contacts.

The presenter proposed to

that he would confess a 'shit' as a result of those codes if she told any of hers.

did not put him in any trouble.

She has two names saved as 'Isabel (friend)' and doesn't know if she is Isabel Preysler or a dentist friend of hers.

So she directly never calls, period.

However, in the case of

, her anecdote had more concoction.

did not want to say the name of the "powerful man" who began to send her messages once and that she, believing that he was someone else, hesitated like never before.

When she realized who she was,

didn't know where to go.

"A person with a lot of power in this country sent me a message and I began to hesitate thinking that it was someone else and when I realized it I said, God, I'm hesitating and it's... It wasn't

He laughed, looked at the ground and

could only confirm what had already been made clear.

"Well, you haven't said it," the presenter tried to fix before a

with a "earth swallow me" face.

Susanna Griso and her repentance with the King

"You also know the

. Is he so charming?

opened the season . "Yes, he is in the short term.

He is a close person.

People who are not on the front line have always amused me a lot.

I have been able to eat with him once and what he tells you about the transition is fascinating.

Another thing is the mistakes he has made in recent years, "

A few weeks ago, when the scandal of the conversations between Rubiales and Piqué broke out,

was involved in one of them .

gave the news in

when she received a message from the

in which she denied that he had interceded in anything that those conversations revealed.

didn't even think about it, she read the message on the program without thinking twice and last night in

she confessed that she regretted it as soon as she read it.

"When I receive a message from anyone, even from the

's efforts . And it was just giving that puncture and I received the message. And I didn't think about it, I read it as is and then I regretted it (...) It's the things of the direct", confessed

"I imagine you burning inside saying 'what have I done'", Pablo Motos

had no qualms about admitting it: "Yes, I instantly regretted it."

She, like her, regretted last night by letting herself be carried away by

' game and ending up revealing the hesitation to

They are interviews that are born with a very clear script and that always end up surprising.

It is the power of direct seduction.

How are you going to go to

and not dare to play?

He who does not play, he does not win.