TV critic: Here are ten series to stream this summer

Never before have there been so many choices - that's why Kulturnyheter's TV critic Kim Veerabuthroo Nordberg has distilled a list of the most interesting titles among the streaming premieres during the summer. 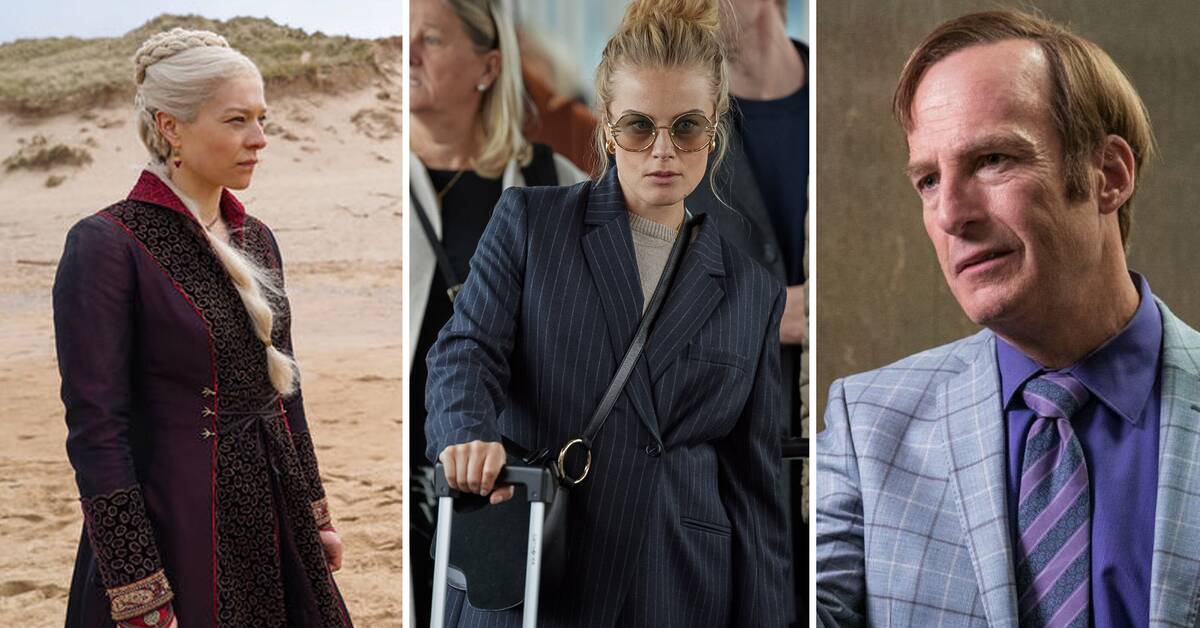 A delightful new series from the superhero industry giant Marvel.

Marvel is about Kamala Khan, a Pakistani-American teenage girl who is obsessed with the superhero Captain Marvel.

Already in the first episode, Kamala stumbles upon her own superhero powers, which turn out to be related to a family trauma with roots in another continent.

This is a series in a good mood that takes teenage problems seriously - also with a perspective we have never seen before in the superhero genre.

When Nana finally gets pregnant, she is faced with a tricky dilemma.

Before Netflix left Denmark in protest, some of the streaming service's finest local series were produced here: The Rain, Kastanjemannen and Borgen.

Baby Fever tackles a modern dilemma, but in a humorous way: Nana, childless and single, inseminates herself at the clinic where she works.

Incidentally, sperm happens to belong to her expo boyfriend.

In other words, when she becomes pregnant, she faces a dilemma.

The lawless Billy the Kid is more emo than ever this summer.

William H. Bonney, or Billy the Kid, is a mythical figure from the American Wild West tradition.

Viaplay's version of the anti-hero (Bonney killed at least three people during his short and eventful life) is more complex than in the action films Young Guns from the late 80's, where he was played by Emilio Estevez.

In the new series, Billy the Kid is more emo - a bit like Robert Pattinson in the new The Batman, which gives a different varnish to the old western icon.

Ida Engvoll is back at the publisher for a second season.

One year after the first season, it's time to revisit the literature gang at the publishing house Lund & Lagersted, which is still struggling to balance between tradition and new trends.

Sofie is newly divorced and does the best she can to navigate her new life.

The season is like the first written by Lisa Langseth & Alex Haridi and new actors in the ensemble are David Dencik and Marina Bouras.

E-sports is taken to a new level in the mockumentary Players.

Given how many films about football and boxing there are, it's time for a drama comedy about the rapidly growing phenomenon of e-sports.

Players is an American mock documentary that follows an e-sports tournament where big money is at stake.

Cream Cheese is a star whose light has begun to fade and now he needs the help of the young Organizm to take the team all the way to victory.

Comedy series about broken billionaire hearts created by, among others, Alan Yang, who has his fingerprints on modern comedy classics such as Parks & Recreation and Master of None.

Saturday Night Live veteran Maya Rudolph plays Molly Novak, who is different from her super-rich husband and has to decide what to do with the $ 87 billion she gets in the divorce.

Soon we will see the good / evil Saul Goodman for the last time.

This is a thorough character study that follows the immoral lawyer Saul Goodman from the hit series Breaking Bad.

Slow as life itself, Better Call Saul is about how ordinary bad decisions degenerate into an immoral maelstrom that turns petty juggler Jimmy McGill into cartel lawyer Saul Goodman.

The first season of Reservation Dogs was one of last year's uncut diamonds.

A drama comedy about a teenage gang in the original United States.

Last season, Bear and his gang wanted to go to California to escape the unglamorous but surprisingly charming life in Oklahoma.

The series is made by indigenous people, both in front of and behind the camera and shows a life and a perspective that feels both unique and genuine.

The gravely serious Morpheus detaches himself from the series pages in Netflix's Sandman Photo: Netflix

The series is based on Neil Gaiman's classic comic book novels from the early 90's.

So what it's about is the god of dreams - the sandman - who happens to be trapped in our world after a failed ritual that actually involved capturing his sister, death.

Neil Gaiman is obsessed with mythology and in his interpretation the gods are always as broken, irrational and self-absorbed as we humans.

So it can be quite fun.

Neil Gaiman has also written the novel American Gods - which also became a TV series with rather poor results.

Otherwise, we have to state that Neil Gaiman's fantastic books do not do so well on film.

Josephine Bornebusch makes her directorial debut in the international arena.

She describes the series as "a delicious mix of both dark comedy and thriller set on the breathtaking coast of Ireland".

The series is created by Sharon Horgan (Catastrophe).

House of the Dragon is called HOT-D by fans.

It's clear that you have to prick up your ears when HBO produces a spin-off to the world's biggest comic book phenomenon: Game of Thrones.

The story takes place 200 years before the events of Game of Thrones and is about the power struggle in the royal family Targaryen, which eventually leads to the civil war called the Dance of the Dragons.

Among the fans, the series is called HOT-D, and this time Game of Thrones author George RR Martin is firmly attached to the project, so one might dare to hope that House of the Dragon does not derail in the same way as Game of Thrones did.