Journal of Haiti and the Americas - Presidential election in Colombia: an uncertain ballot

An unprecedented poster, two promises of radical change, and a result that promises to be very disputed. Sunday, June 19, 2022, Colombia will choose its new president: left-wing opponent Gustavo… 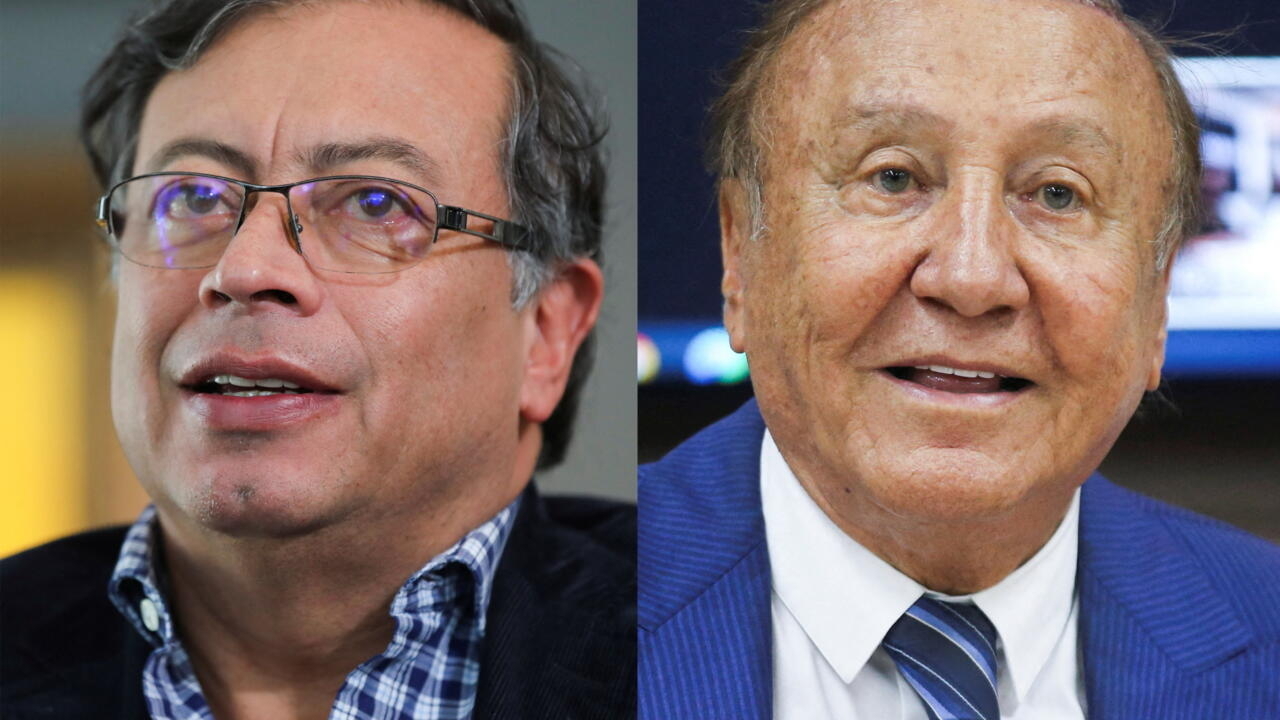 Colombian presidential candidates Gustavo Petro and Rodolfo Hernandez speak with Reuters and the media in Bogota, Colombia June 10, 2022 and May 24, 2022. © REUTERS - LUISA GONZALEZ

An unprecedented poster, two promises of radical change, and a result that promises to be very disputed.

48 hours before the vote, the latest polls see the two candidates neck and neck, between 46 and 48% of the voting intentions.

Figures that are surprising.

after the first round, all Colombian political analysts were betting on a huge anti-Petro front.

But, it is clear that Rodolfo Hernandez has a hard time embodying this dam supposed to prevent the coming to power of Colombia's first left-wing president.

A disenchantment which is explained by a campaign between the two towers which was above all marked by low blows.

Very many voters feel represented neither by the former guerrilla turned social democrat Petro, nor by the millionaire entrepreneur with TikTok slogans, Hernandez.

Many in Colombia fear acts of violence if the left is defeated.

On the fourth day of road blockades in Ecuador, Thursday June 16, 2022, the indigenous protest movement against the rising cost of living has spread to the transport sector and students, and negotiations seem for the time being in the dead end.

Access to two main supply markets in the capital Quito is blocked, as are many roads in 15 of the country's 24 provinces.

Launched on Monday (June 13, 2022) by the Confederation of Indigenous Nationalities of Ecuador, the largest organization of indigenous peoples which is calling in particular for lower fuel prices, no way out of the crisis seems to be in sight despite the assurances of President Guillermo Lasso , Wednesday (June 15, 2022), saying “open the doors of dialogue”.

The event had only existed virtually for two years, because of the Covid, then because of insecurity.

For this return, the organizers wanted to bring the greatest event in literature to life, a huge challenge taken up in the face of the crisis context and the multiplication of kidnappings.

Simple happiness, for the love of books.

A hundred authors in signature did not hide their pleasure.

And on the front page of the Journal de la 1ère

Drought “sets in” in Guadeloupe.

Presidential election in Colombia: a close and high-risk ballot

Haiti at the Paris Book Fair