Nine months after the Government prohibited the hunting of the Iberian wolf throughout Spain, Cantabria contravenes the ministerial order and authorizes from this Wednesday the... 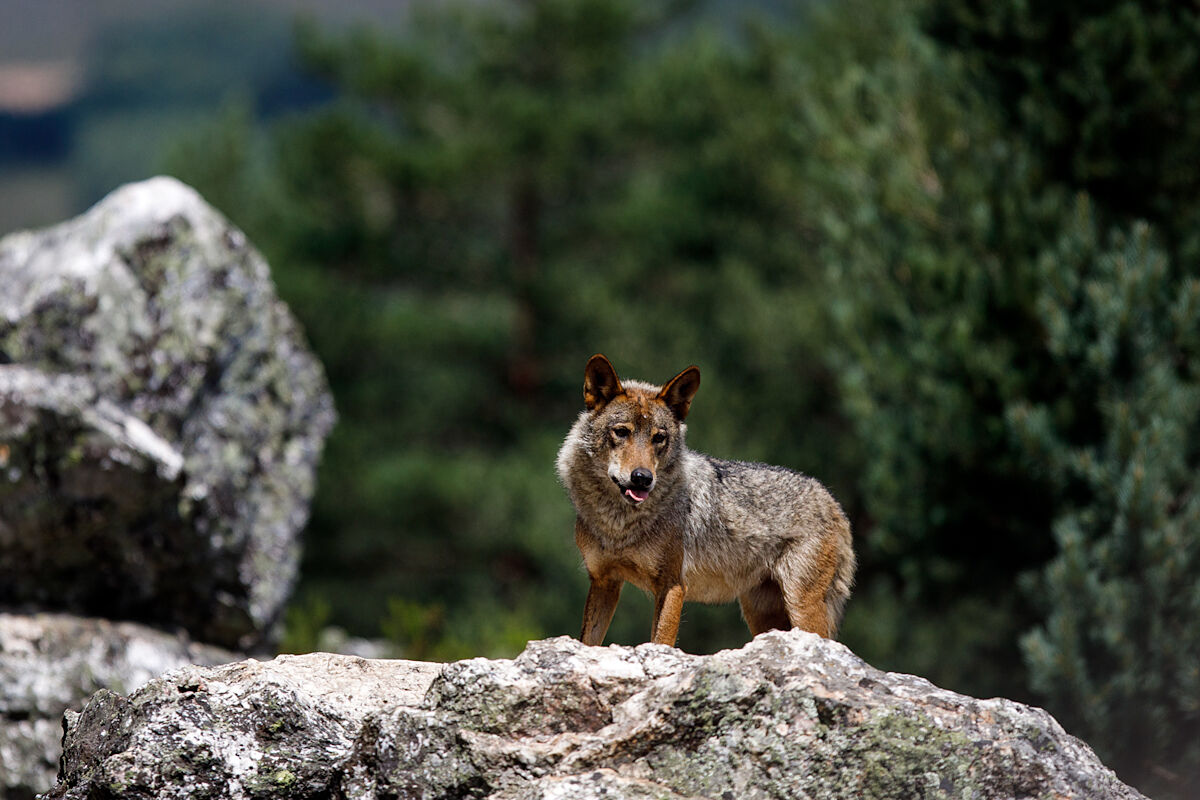 Nine months after the Government prohibited the hunting of the Iberian wolf throughout Spain, Cantabria contravenes the ministerial order and authorizes the

in this community from this Wednesday.

In principle there will be ten, but their number will be expanded in the near future.

The argument put forward by this autonomous community is that, since the ban came into force last September, wolves have roamed freely, attacks have multiplied and, therefore,

Specifically, Cantabria now allows population control in the areas most affected by the attacks of this animal in this community.

214 wolf attacks have been suffered in this period

The Government of Miguel Ángel Revilla had already tried to suspend

the regulations approved by the Ministry for the Ecological Transition in a precautionary manner,

but the National High Court rejected it because it could have meant - the Contentious-Administrative Chamber then explained - "irreversible damage and irreparable."

Six other communities have joined this struggle because wolves can continue to be hunted in Spain: Galicia, Asturias, Castilla y León, Andalusia, Madrid and Murcia and the main agrarian organizations.

All of them put forward the same argument:

an orderly and regulated control of the wolf

, as has been shown in recent years, does not endanger the species, quite the opposite, it increases it and prevents attacks on livestock.

Currently, according to the latest census,

the species is currently in "good health"

, as evidenced by the number of specimens, about 2,500, which has been increasing throughout Spain in recent years more than the European average.

The legal clash of powers between CCAA and the Government is open.

The General Directorate of Biodiversity of Cantabria will be in charge of formalizing said resolution, so that at first the extraction is limited to a maximum of ten specimens, but it is not ruled out that the number of specimens will be extended in the coming dates if in a " future" there are "circumstances similar to those that support this decision".

As a consequence, these authorizations "

will be extended to the places where it is necessary

" and at the request of the municipalities of the affected areas.

This has been stated by the counselor for Rural Development, Livestock, Fisheries, Food and the Environment, Guillermo Blanco, who assures that the decision of his regional government

"more than meets" the requirements of the Ministerial Order

that regulates the List of Wild Species in Regime of Protection (LESPRE) "because they do not compromise the conservation status of the species and allow the survival of livestock activity".

In this sense, he has assured that the Legal Advice of his Ministry endorses said action from the legal point of view: "It is in accordance with Law and the legal services understand that we are sovereign to do it", he added.

Clash with the Ministry

The Government of Cantabria has made this decision, Blanco has underlined, after

, which rejected said extraction reports in May and summoned the community to wait for the renewal of the conservation plan for this animal.

The counselor has assured that the department led by Teresa Ribera has already "been notified" of the intentions of her department "months ago", so it will be first thing this Wednesday when he will be informed that Cantabria authorizes said extractions.

In his appearance, supported by organizations in the sector, he pointed out that there are

These studies have determined that population control "does not affect" the survival of the species and reflect, according to Blanco, that

since the cattle are in the bush.

The counselor has defended that "the only effective measure" to avoid these attacks is population control and has assured that when the community exercised it, it did not put the species at risk, because the population of the Iberian wolf "grew".

With the publication of these resolutions, the green light is given so that controls of the wolf can be carried out, as long as the Agents of the Natural Environment verify the existence of damage in the authorized areas and have the corresponding technical assessment: "

A the ports cannot be closed or closed

Thus, he has detailed that there are some 200,000 heads of cattle in the ports at the moment and that this model allows for extensive livestock farming in Cantabria.

Specifically, the three resolutions authorize, firstly, the hunting of up to four specimens in the area of ​​Ruente, Cabuérniga and Los Tojos and in the Campoo-Cabuérniga Commonwealth, belonging to groups 10 (Palombera) and 13 (Ruente) of the family groups

identified in the annual follow-up reports of

the Wolf Management Plan in Cantabria.

In this area, between September 2021, the date of inclusion of the wolf in the LESPRE, and April 2022, there have been

Secondly, the extraction of up to four specimens from herds 11 (Brañavieja) and 12 (El Bardal), in the municipality of the Brotherhood of Campoo de Suso (two to the north of the CA-183 highway, and two to the south of said road).

Between September and April, according to these data,

Finally, population control of two specimens belonging to family group 9 (Sejos) in the municipalities of Polaciones and Tudanca is authorized.

On the dates mentioned, there have been

42 wolf attacks on 18 livestock farms in these municipalities, with 44 head of livestock killed