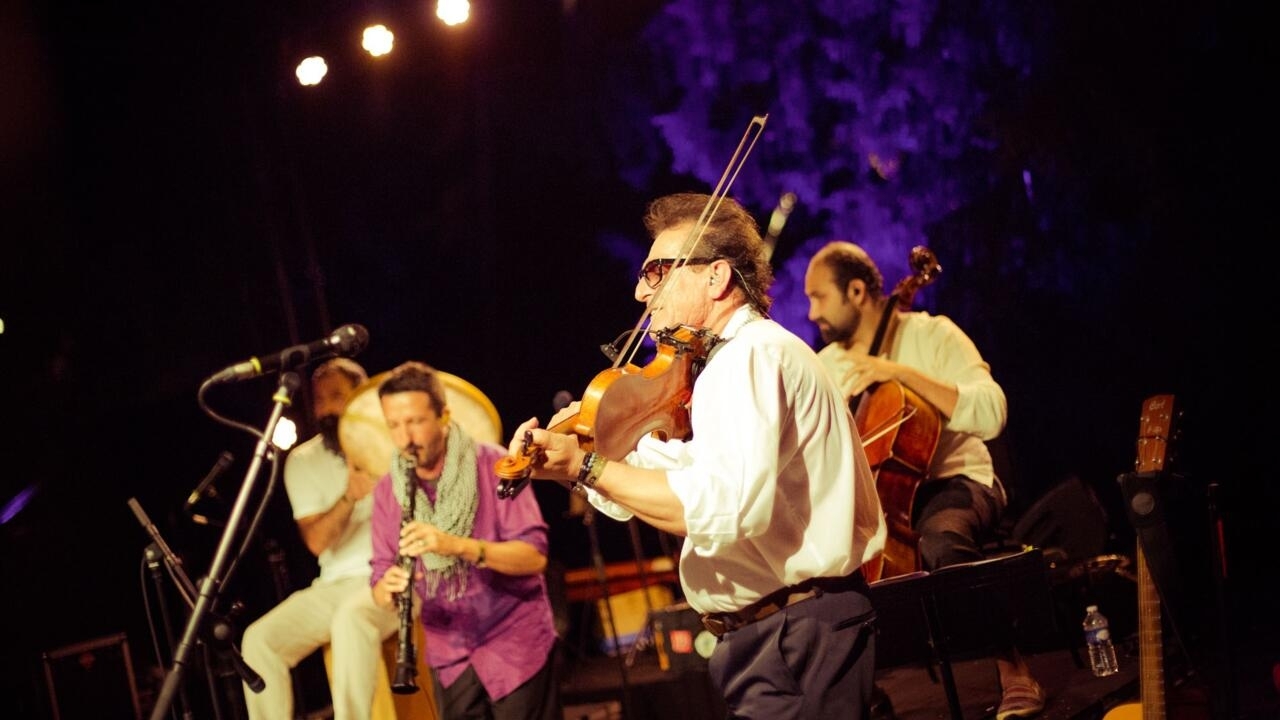 Continuation and end of our wanderings at

made up of refugee musicians and local artists, was born as part of a European project supported by the

Without speaking the same language, but finding in the notes an ideal means of communication, the five musicians of Miksi got to know each other during a first residency at the Rocher de Palmer in September 2020. Brought together by the European project Migrants Music Manifesto, they designed a first repertoire inspired by traditional Albanian, Kurdish or Syrian pieces rearranged by the group's coordinator,

Meeting regularly for new residences and new concerts, the artists now form a solid, luminous, virtuoso group, which transports us to a world where borders are collapsing, where dialogue between peoples is finally possible.

passes a head in the studio and gives us news of

Collective based in New York,

(which means “bulletproof” in Spanish), initiated by

, continues the work initiated by the late

by distilling a most dynamic afrobeat!

It's an explosive cocktail of jazz, funk and African rhythms, where festive spirit and political considerations collide.

With a solid brass section, a gang of expert percussionists, a funky rhythm and lyrics sung in English, Spanish and Yoruba, Antibalas has the firepower of a cruiser ready to breathe new life into scorching afrobeat!

This Franco-Greek singer draws her repertoire from the convergence of cultures that lived together under the Ottoman Empire.

His voice, impressive, flows from a pure source.

Strong and clear, ample and supple, it vibrates in the treble, resounds in the bass.

uses it as an instrument to create virtuoso sounds.

She does not just interpret this repertoire, but gives it a modern breath, borrowing from jazz or electro, surrounded by high-flying musicians.

Together they build a rich, subtle and powerful sound.

Leaving the studio, I come across

, a glass of champagne in her hand, let's go…

With her very personal way of bringing songs to life, Christine Salem captivates us with her deep and suave voice, the maloya at the foundation of her songs, cemented by a powerful blues.

Christine Salem, and you can hear it, loves this music born from the earth, pain and history.

For her new album,

, she chose the violin as a common thread.

In the groove of the percussions the flights of his melody, of classical, even folk inspiration, are tangled.