“The hospital is dead”: in Paris, weak mobilization of caregivers despite their anger

This Tuesday, a new mobilization of caregivers took place in more than 50 French cities. In Paris, there were 200 to 300 in front of the Ministry of Health to demand wage and staff increases. For its part, the executive awaits the result of the "flash mission" commissioned by Emmanuel Macron. 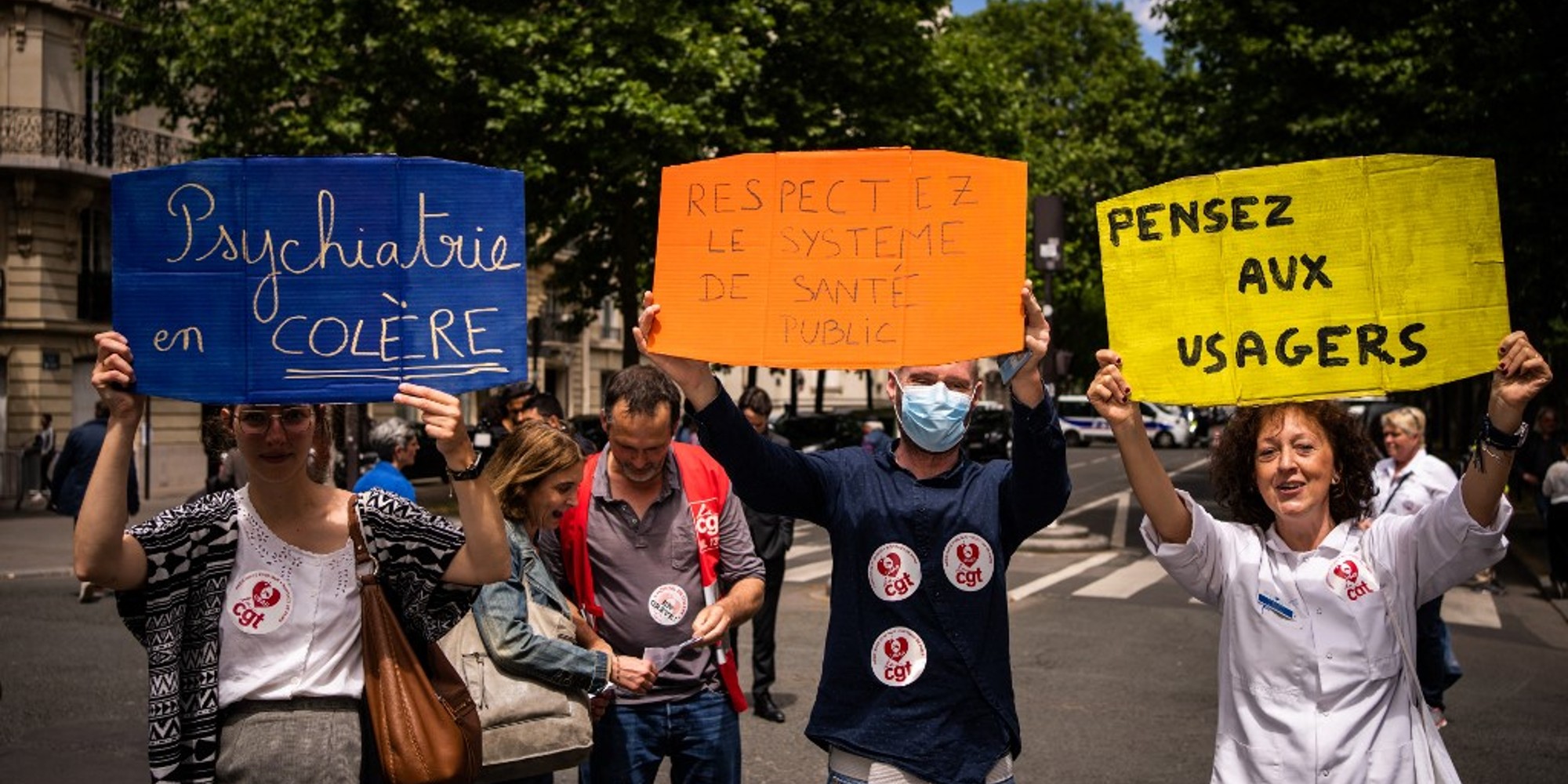 This Tuesday, a new mobilization of caregivers took place in more than 50 French cities.

In Paris, they were 200 to 300 in front of the Ministry of Health to demand increases in wages and staff.

For its part, the executive awaits the result of the "flash mission" ordered by Emmanuel Macron.

In the midst of an emergency crisis and a few days before the legislative elections, hospital staff mobilized little on Tuesday to demand salary and staff increases, while the executive awaits the result of the "flash mission" ordered by Emmanuel Macron .

Nine unions and collectives of caregivers organized rallies in at least 50 cities.

But the mobilization did not fill up, since only 200 to 300 people went to the Ministry of Health in Paris.

In white coats, sometimes a stethoscope around the neck, these caregivers call for help, through songs and signs on which we can read: "The hospital is dead, revive it" or "Your health is in danger. ".

Céline, nurse and CGT delegate, is disgusted with the profession.

She explains "going from room to room to give the drugs and to move on to the next one", without having time to "sit on the bed, hold her hand and tell her a story. That's the end of that time, so it's abuse. I'm tired of working like that, "she adds to the microphone of Europe 1.

"People flee the hospital for a health issue"

This emergency physician sees his colleagues leaving one by one: "People are fleeing the hospital for a health issue, to preserve themselves. But we are losing meaning at work. In my emergencies, there are five nurses instead of eight working. These are people who will accumulate frustration. They will leave and it's like that everywhere in the hospital, "he explains.

Without concrete action on the part of the government in the coming weeks, these angry demonstrators hammer it: "They will return to the streets".

A few hundred demonstrators were also in Toulouse, Grenoble, Rennes or Bordeaux.

For several weeks, at least 120 emergency services have been limiting their activity or preparing to do so.

The president of the Samu urgences de France association, François Braun, will report the conclusions of his Flash mission by the end of the month, with decisions as early as July.