The procession of the Judaizing flags... Insults to the sanctities and an insult to Al-Aqsa

An episode of the program “Above Authority” dealt with the superiority of the Israeli settlers over themselves in the procession of the Judaizing flags that they carried out in the occupied city of Jerusalem, leading to the path of the Prophet Muhammad, peace and blessings of God be upon him, in an episode of “Above Authority” program (3/6/2022). 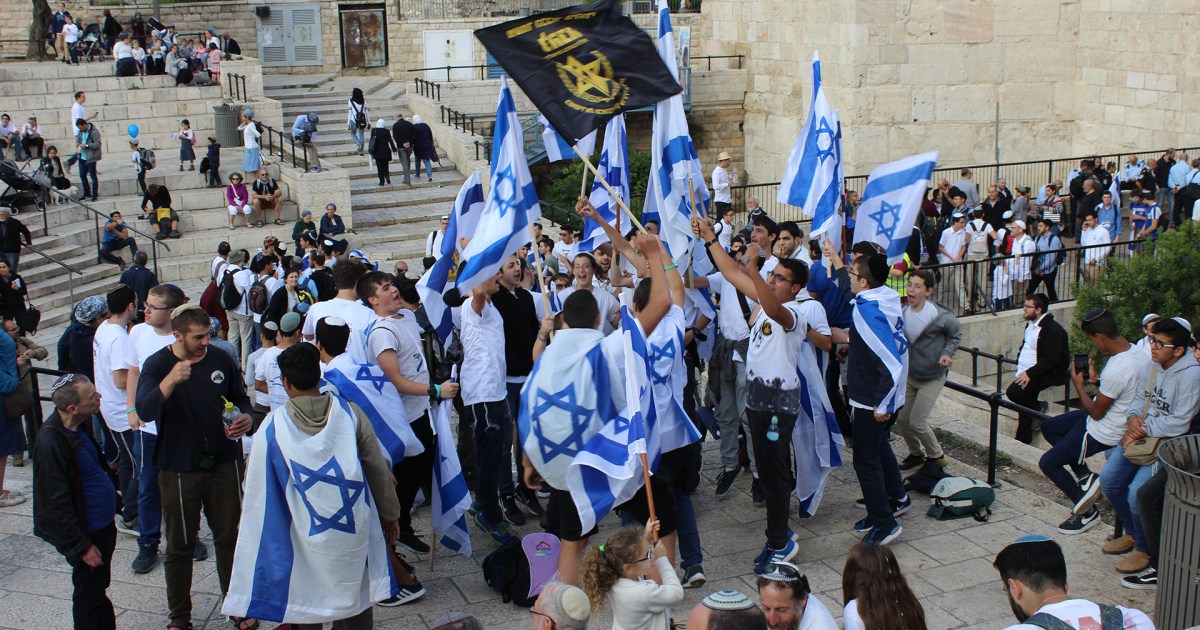 The settlers were not satisfied with reaching the Al-Buraq Wall, but they insulted the Prophet Muhammad, may God bless him and grant him peace, and desecrated Al-Aqsa Mosque with the support of the Israeli occupation forces.

What is remarkable about the march is the rise of the Palestinian flag on all Israeli flags through a drone that penetrated the Israeli air security system and flew over the heads of settlers who met it with insults and profanity.

In Jerusalem, too, videos have spread on social media platforms documenting the occupation’s assault on young Jerusalemite women stationed in the squares of Al-Aqsa Mosque and the street of the occupied city of Jerusalem, and the young defenders of young women were not spared the attacks of the occupation forces.

After the attacks on the Jerusalemites, the foreign ministry of the occupation tried to justify what happened through the Arabic speaker, who accused the Jerusalemites of planning chaos inside the Temple Mount.

"Above Power" re-published a video of King Abdullah II of Jordan, in which he is surprised by Israel's talk of terrorism and terrorists, at a time when the occupation forces are killing our people in Jerusalem and Gaza.

The icon of the island, fellow martyr Shireen Abu Aqleh, who was assassinated by the Israeli occupation forces, was not spared the settlers' mockery while storming the courtyards of Al-Aqsa Mosque.