MasterChef 10 and the unusual case of Luismi, the contestant that everyone is pouting about

His name is Luismi, he is a firefighter and he is the target of MasterChef 10 pitorreo. Luismi's case is a case never seen in the history of MasterChef. His behavior, his departures and... 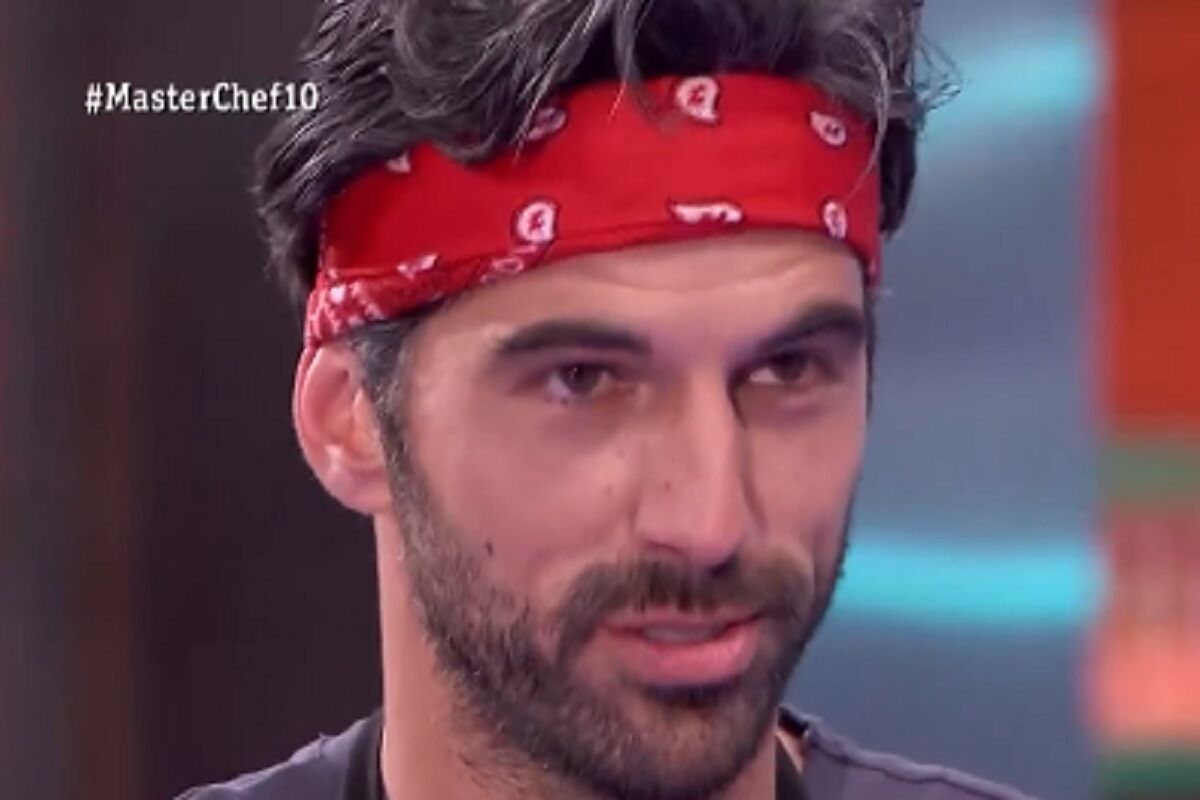 , he is a firefighter and is the target of the

is a case never seen in the history of

His behavior, his comings and goings, his attitude... He dislodges judges, colleagues and

himself so much that no one knows where to take him.

Last night, for example, for the first time in the 10 editions of

decided to steal himself in the mythical robbery test.

Carmina Barrios , were even more amazed

"Luisma is stupid, but he's not, right?"

who ended up sentenced that the one who steals from himself, "is stupid".

That's how it is.

It's not just that the judges are getting tired of

's strange and incomprehensible attitude in

, it's that everyone makes fun of

Until last night they tried to do it in a sneaky way, some joke, some comment, but after seeing how he stole from himself, keeping so few ingredients that he was not even able to make a dish that could be tasted, the disguise was completely lost. .

It was none other than being fair and sleeping well at night.

As good as it is, it's exasperating.

So desperate that when the judges saw the result of what he tried to do, but was unable to due to lack of ingredients and lack of culinary knowledge, the judges were really pissed off.

To such an extent that

I have to be angry with you. We have never seen anyone steal from himself. You have to assume that this is a competition."

, above all else, it is not to harm anyone or do evil.

where competition and rivalry are part of its essence.

The problem is that

has not come to win

has come to enjoy the experience of participating in

He does not want to change his life with

, he wants to enjoy

MasterChef 10 to the fullest

without struggling at all.

is put ahead of him.

And this is hard to understand because MasterChef

had a contestant who really cares more about living the

experience than competing and winning.

knows that it is impossible for him to win and, based on that premise, he is not going to do anything to try because he has nothing to do.

Why is he going to go against his principles and screw his teammates without screwing himself?

What for the rest of humanity, including

it is normal, what keeps your conscience calm.

It is true that it was not only the moment last night to steal from himself and run out of practically not a single ingredient to make something worthy and edible, it is his attitude in general.

Suddenly he presents you with a plate and talks to you about smurfs, mushrooms and dwarfs, and

is speechless and doesn't know whether to laugh or cry;

It's like he almost perfectly replicates a dish by Pepe Rodríguez himself and he doesn't even move a hair from the tape.

The headache of MasterChef 10

The judges make fun of him stating that it is that the tape that holds his hair is too tight and does not allow blood to flow through the brain.

Others, especially some of his colleagues, consider that

is playing the role of his life, that he plays the fool to deceive others, generally, also, always in the first tests, in which they do not take you to elimination, and then with the nonsense and the nonsense, he arrives at the team event or the elimination event and gets them doubled.

It is impossible for someone to spend 24 hours a day for 3 months playing a role like this.

And it would not be possible either that all the pranking, all the mockery, all the mockery that there is towards him, that he listens, that he is present and that he endures, always does it without losing his nerve at any time, without a bad gesture and without missing the most minimal respect for absolutely no one.

Imagine all the messing around with

is like that, what if he's lost, what if there's no where to catch him, it is done to another

There would be two possible reactions, either you plunge that person into misery or that person takes such a balloon that at some point he would lose his temper.

is fully aware of the person he is, of the decisions he makes, of how strange his attitude is, and he lives with it and takes it to the ultimate consequences.

is also aware that this is his role and that, although luck is also on his side, if he is in

And after 10 editions, make no mistake, anyone who brings something new, whatever it is, will be well received and well maintained.

that her son Paco León played in

, because he assumes it because, although it may seem that it is not right to make fun of a person like that, he knows that stealing himself, that running out of ingredients, that favoring colleagues in a contest like

He knows it and assumes it, but he does not allow the competition or the desire to win to turn him into what he is not.

may seem "silly", but he is all loyalty, loyalty to himself and to what he considers would go against his principles.

It is true that if there were many

as such would not exist, there would be no contest directly because no one would want to compete.

compensates, and it does so with an applicant who would give their skin to compete and it doesn't matter if you have to crush the next door with all the weapons at your fingertips.

One of lime and one of sand, a

And it is also that everything that surrounds

Because if in the first test of the night in

it was the moment to steal from himself and present a dish that the judges were not even able to taste, in the outdoor test that non-competitive attitude took a 180 degree turn and before

form the patchwork team, of the "

decided that it was time to go crazy, unhinged and unhinged everyone in an attempt to show that the remnants yes they could with the favorites.

"The craziest battle ever seen on

," the judges called it.

It all started when

, the best in the first test, chose

in her team, anything could happen, and everything did.

started much better than

's team , which if it weren't because she had

in their ranks, the red team's cooking would have ended like the rosary of dawn.

began by organizing the work, ordering how it should be ordered in some kitchens, but... But

went off the marked path and from then on everything was a great disaster.

Is Luismi the trompe l'oeil of MasterChef 10?

suddenly went from being the Luisma of

who went from one place to another like an elephant in a garage, exasperating

, the one expelled from

last night , who came to a point where she said "do whatever you want", exasperating

, who had a lot of patience, and exasperating

himself , who could not believe in the euphoria that

The result could not be any other,

he carried out his dishes with great success, while

's team took them out late and badly.

The same thing that happened with the playoff.

- and they only managed to get five out.

Iván had the cheese cut from the cake and

refused to serve it, and

had to combine the few preparations they had in order to at least get something out of it.

And who was the playoff?

Patricia , who presented a wine ice cream that cheered the stomach of the guests and left

, who had to settle for the goodbye kiss to his

Winners of the test, the red team, without a doubt, but not before hearing the judges scold

for complaining about the desperation of working with

, whom she herself had selected to teach a lesson that never came, but at the same time assuming that it was his decision and that he did not get off the donkey, despite the fact that all the disaster came because of a

who had nothing to do with the

of other team events or the first event of the night.

And the elimination test arrived and that Luismi

that confuses and is suspected

The black aprons had to replicate a

dish dedicated to those clams with sauce from our mothers and grandmothers, but in a 2.0 way.

How is it possible that in the first test he did the landmark that he did and in the elimination test, much more complicated, he got a shot?

Everyone can have a bad day, everyone can make a mistake in a test and improve in the following ones, or do some well, regulate others and end up being

the trompe l'oeil of

At the moment, it is the great mystery of