Ruben Östlund: "Are there film critics with a stick in their ass"

Two days have passed since the Swedish director entered film history by winning his second Palme d'Or at the Cannes Film Festival. Has he had time to digest the resurrection? 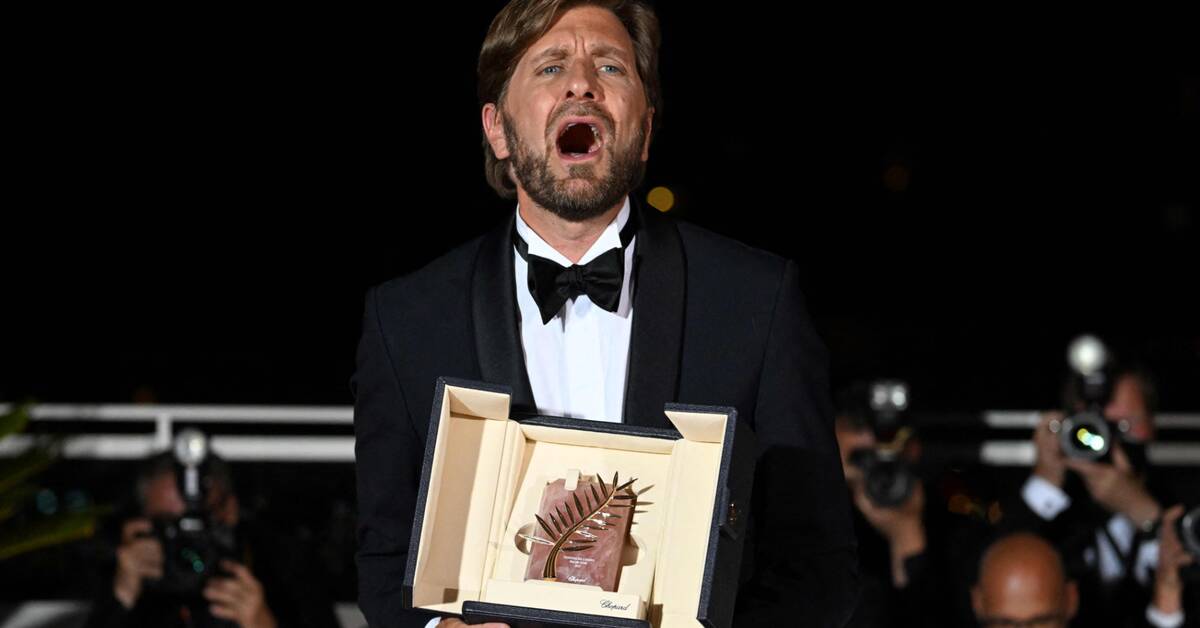 - The same night I got the golden palm, I went home to the apartment and changed diapers on an eight-month-old baby.

It's the perfect way to get out of this hysteria.

Today I take care of our son.

There is nothing better than being a father after such a thing, says Ruben Östlund to Kulturnyheterna.

About winning the award a second time in five years, he says it's a confirmation of his brand as a director:

- You know if you get a gold palm

the jury may have made a mistake.

But if you get two, it will be a confirmation that the previous jury did the right thing.

It is a completely different level.

Hoping for a new role for Swedish film

Even before Saturday's award ceremony, there was talk of a success for Swedish film because so many Swedes were nominated.

After Östlund won the Palme d'Or and the Tarik Saleh screenplay award, Ruben Östlund hopes that the film will be discussed in a new way.

- I hope it can be an Ingmar Stenmark / Björn Borg boost for the next generation of filmmakers.

That they see that this is a vital and interesting area.

I also hope that we can start talking about films as a community-building phenomenon.

That the film becomes just like the theater something where we actually seriously discuss what the images we create do.

Despite the Palme d'Or, the international body of critics has not been entirely lenient with the Triangle of Sadness.

- I have never been to such a good show as the public show in Cannes: there was applause as if it were a football match between the different characters.

Then there are film critics who have a stick in their ass and refuse to understand that a film screening is something where you have to create dynamism in a room where you sit and watch movies together.

- They also represent a film tradition that has been damn boring which has made it not so fun to go to the cinema.

Where arthouse becomes some kind of grayish positioning.

I wanted to get away from it.