IU who took care of the fans this time too... 'Snacks bought directly from Cannes'

Singer and actress IU prepared snacks for her fans on her way home from overseas schedule. IU, the protagonist of the movie 'Broker', returned to Korea today after attending the 75th Cannes International Film Festival. 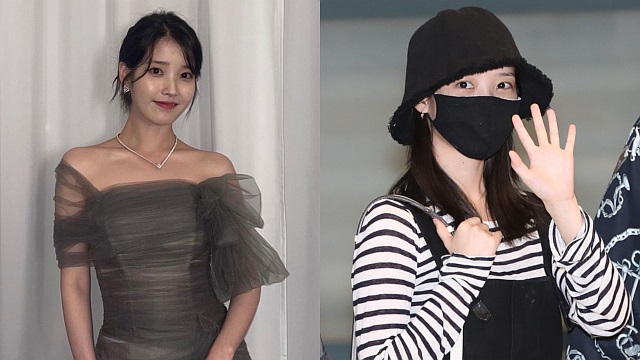 Singer and actress IU prepared snacks for her fans on her way home from overseas schedule.

IU, the protagonist of the movie 'Broker', returned to Korea today (30th) after attending the 75th Cannes International Film Festival.

Fans who gathered at the airport to see IU shared chocolate photos on social media along with posts such as "Today's Kaka Fairy. Thank you for loving the fans" and "Kaka Kaka Fairy IU's Kaka".

On her way home from Cannes, France, IU bought a lot of chocolate and gave it to fans who met her at the airport.

Even while he was leaving the airport scene in a hurry, he said to the fans, "Let's share some sweets," and showed the fans the appearance of a 'Kaka Fairy'.

Since 2012, whenever there is an overseas schedule, IU has been called 'Kaka Fairy', which buys snacks for fans who gather at the airport as a gift.

IU started out as a little star candy, but has now continued to express her feelings for her fans through holiday gift-level snack packages.

In the video of IU's Hong Kong concert, which was released on 1theK (Wonder K) YouTube channel in 2017, it was also possible to find the appearance of the 'Kaka Fairy'.

In the video, before leaving Hong Kong, IU personally chose snacks for her domestic fans as usual.

IU said, "Unnie, we also want to eat," said a local fan. "So I apologized (to the Hong Kong fan). It's my fault. You shouldn't discriminate against the fans." I did.

She then greeted her fans, saying, "I'll buy her (Korean sweets) next time she comes from Korea."

IU also said, "I bought more snacks than usual for Christmas," and "If even one person falls at the airport, there will be no sweets on a business trip." She also worried about the safety of fans visiting the airport.