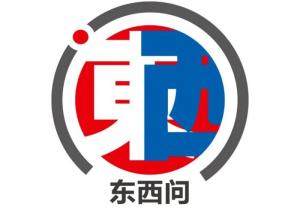 China News Agency, Beijing, May 30th: Why do I translate Chinese modern and contemporary literature?

In the more than 100 years of Chinese modern and contemporary literature, overseas translation has never stopped.

China News Service: In addition to the German version of A Dream of Red Mansions, you have also translated a large number of works by modern Chinese writers.

Why do you love Chinese modern literature?

From the perspective of world literature, Chinese literature has always maintained a good level.

"A Dream of Red Mansions" and "The True Story of Ah Q" were representative works of the best literary works in the world at that time in terms of quality.

In the 1920s, many literary works of high quality in the field of world literature appeared in China. One of the reasons was that Chinese writers had close exchanges with the literature of other countries.

Today, there are still some excellent Chinese literary works worthy of being seen by the world.

This is especially true when more literary works are imported than translated.

Another reason why Chinese modern literature attracts me is that the works contain local characteristics.

For example, Jia Pingwa's works include a large number of dialects and local traditions unique to his hometown.

This wonderful content is difficult to translate into foreign languages, but it is worth spreading.

I am very willing to translate such local Chinese stories and bring them to the foreign language world.

He wrote the most advanced modern literature in the world at that time with works such as The True Story of Ah Q, Kong Yiji, and Diary of a Madman.

To this day, publishing his complete works in English is still an ambition.

And I translated his "The Crisis of Essays", "The Similarities and Differences of Ward's Burning Books", "The Memorial for Forgetting" and so on.

Wang Meng contributed greatly to the experimental development of the stream-of-consciousness style in literature, and I have translated Wang Meng's collection of essays "The Secret of China", the short story "Hard Porridge" and some of his essays.

In addition, I like to translate Han Shaogong's works "Empty Courtyard Remnant Moon" and "Angry Eye King Kong" very much.

China News Service reporter: What is the charm of Chinese modern literature?

How does translating modern literature deepen your understanding of China?

Chinese modern literature is the best way to understand China and its culture.

The spark of collision between ancient literature and foreign literature can be seen in modern Chinese literature.

Taking Lu Xun's "The Scream" as an example, it truly depicts the social life from the 1911 Revolution to the May Fourth period, and reveals various deep-seated contradictions. It provides a new perspective to understand the characteristics of modern Chinese culture and times.

At the same time, emerging literature such as "post-80s" literature appeared, becoming the most important cultural phenomenon in China at the beginning of the new century.

After 2000, the "post-80s" writing with youth literature as the main body has achieved brilliant results in the literature market, and Han Han is one of the more famous ones.

The writers all reflect different understandings of the times to a certain extent, and in the process of understanding their works and thoughts, they can understand China step by step.

China News Service reporter: There is a saying that many literary works lose their original charm in the process of cross-cultural translation.

How do you overcome translation bottlenecks when you translate Chinese modern and contemporary literature?

I think this is a prejudice. Literary works will not lose their original charm in the process of cross-cultural translation.

Without translation, a country's literary works will only have local readers; if a work is to go abroad, it must at least be translated into English.

Every literary work has more or less unique charm.

If a literary work is attractive to foreign readers, but domestic readers disagree, it makes sense for us to translate it into a foreign language.

China News Service reporter: For a long time in the past, there was more research on Chinese classical literature in the West, but less translation and research on modern and contemporary literature.

Some foreign translators put it bluntly: "The situation of contemporary Chinese literature in the West is like a desert." What is the reason behind this phenomenon?

Chinese contemporary literature is indeed a desert outside.

But in fact, they have been treated unfairly, because China does have high-quality literary works.

Before I got into translation work, we had 11 Chinese literary works translated into German every year.

With my participation, that number has roughly doubled.

I convened a group of young sinologists in Germany to join a translation workshop, and on average translate about 10 books a year from Chinese to German, most of them literary works.

Over ten years, we have doubled the number of books we have translated from Chinese to German.

Chinese literature will be welcomed only when China enters the international social stage, and the national image plays a big role in it.

China still has a long way to go in enhancing its own cultural attractiveness, and I hope my translation can help Chinese culture go global.

The China Pavilion at the Frankfurt International Book Fair in Germany.

China News Service: Has the phenomenon of Chinese modern literature being "cold" in the West changed in recent years?

Which genres are more appealing to European readers?

Since the 1930s, high-quality literary works in China are still relatively abundant.

On the whole, Chinese literature has not yet formed a stable image with its own characteristics among Western readers.

Chinese writers can read more foreign literary works to learn from each other's strengths and eclecticism.

For example, in China in the 1920s, Lu Xun actively participated in cultural exchange and translation.

In the literature category, science fiction, children's literature and Internet literature are more popular among Western readers, including European readers.

Research by iResearch shows that the number of overseas users of Chinese online literature has reached more than 80 million in 2020, which is very attractive to Western readers.

A special display of Lu Xun's manuscripts in the National Library of China.

China News Agency reporter: Your solid language skills and translation skills have made your works attract widespread attention in the European and American Sinology circles.

What contribution do you think the translation of modern Chinese literature can make to the cultural exchange between China and the West?

To improve the situation of cultural exchange and mutual understanding, in addition to the above methods, it is necessary to bring people together.

When people really get to know the people of a country, they often change their attitudes towards that country.

At the same time, other cultural means can also be used to attract foreign readers.

In addition, the best way to understand a nation, a country, and a culture is to read modern and contemporary literature. The author can lead readers into his thoughts, let the readers participate in his ideological trajectory, understand China through Chinese eyes, and break prejudice.

For example, An Lozhe and Luo Siwen tried to find a way out from the perspective of comparative philosophy when interpreting the Analects of Confucius, and successfully spread ancient Chinese philosophical thoughts to the English-speaking world.

China News Service reporter: What are the exchanges and mutual influences between modern Eastern and Western literature?

The main force of cultural exchanges between China and the West in modern times has been Western missionaries, overseas students and overseas Chinese who have immigrated to China.

Zhu Shenghao is one of the earliest translators of Shakespeare's works in China. His translation quality and style are very distinctive, and he is recognized by Shakespeare researchers at home and abroad.

Guo Moruo is one of the earliest translators of Goethe's works.

The exchange of literature between the East and the West in modern times has not only promoted the development of Chinese literature, but also enriched world literature.

The variety of Western literature is rich, providing more choices for Chinese people to read.

Chinese literature will also bring a different perspective and experience to the West.

Mo Yan, who won the Nobel Prize in Literature, has read a lot of foreign classics, and later he wrote many local works, which made Western readers truly feel China.

At present, the spread of German children's literature in China is at its peak, and more and more Chinese literature works are translated into foreign languages.

However, Chinese literature will only increase its influence around the world when the market itself demands Chinese books.

In September 2019, he was appointed as a Distinguished Professor of "Xiaoxiang Scholars" of Hunan Normal University.

He is proficient in German, Chinese and English, and has translated the works of a large number of Chinese writers.