A new study recently conducted in Britain revealed that polygamy extends a man’s life by up to 12% and leads to his happiness, in addition to that polygamy helps a man improve his professional and material conditions. order 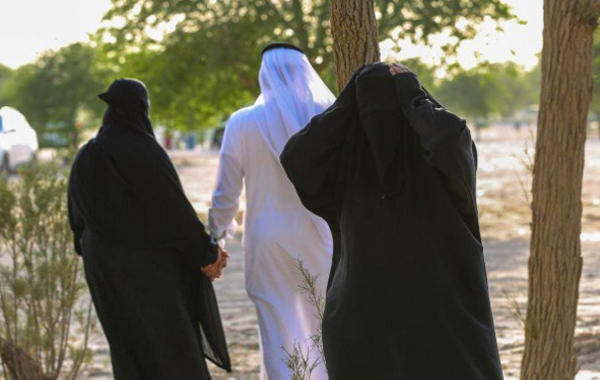 A new study recently conducted in Britain revealed that polygamy extends a man's life by up to 12% and leads to his happiness, in addition to that polygamy helps a man improve his professional and material conditions.

A study conducted by researchers from the University of Sheffield, British, stated that “marriage to a second woman gives a man greater self-confidence and comfort, which enables him to realize all his projects and dreams, and that polygamy is a relative cause of happiness and prolongation of life, and the improvement of men’s general health. As well as his physical condition.”

The researchers pointed out that “polygamy may be the secret of a happy life and a long life,” by looking at statistics prepared by the World Health Organization on countries that allow polygamy and the positive results of that;

Including that a husband who is married to more than one woman increases his age by 12% more than his uncounted peers.

The study indicated that "a man who marries more than one woman and has a large family receives better care during his adulthood and lives for a longer period for several considerations that were discussed in detail in the study."

"If you have more than one wife who takes care of you, that in itself makes you live longer, and we also know that a married man lives longer than a bachelor," said researcher Lance Workman, a specialist in development psychology at Britain's Bath Spa University.

The British researchers, “Fryn Elberg” and “Brown Smith” stated in their statements regarding the new study on the second marriage of a man that “a man’s association with another woman increases his longing for his first wife and this improves their marital relationship, and restores her activity and friendliness again, and the man is by nature He gets bored of the marital relationship after a while, as he becomes cold and between him and his wife what is called “marital silence.”

It is worth mentioning that the study included more than 700 cases from different countries where polygamy is widespread, and it concluded that the second marriage of a man renews his relationship with the first and removes boredom and apathy from their married life and thus benefits the first wife.