Focus Interview: You protect my peace

CCTV News (Focus Interview): The National Public Security System Heroes, Models and Merit Collective Commendation Conference was held in Beijing on the morning of the 25th. 982 advanced units and 1,485 advanced individuals in the national public security system were commended. Among them are the traffic police who guard the sky in the extremely harsh natural environment, the anti-drug police who 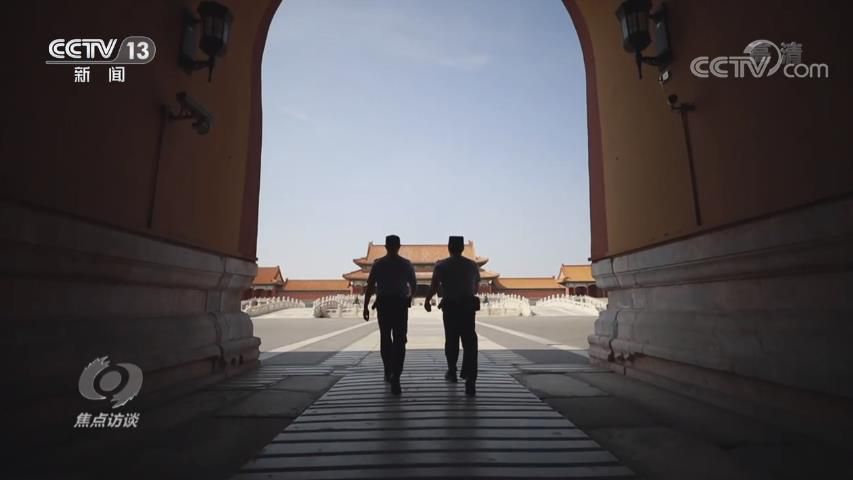 CCTV News (Focus Interview): The National Public Security System Heroes, Models and Merit Collective Commendation Conference was held in Beijing on the morning of the 25th. 982 advanced units and 1,485 advanced individuals in the national public security system were commended.

Among them are the traffic police who guard the sky in the extremely harsh natural environment, the anti-drug police who hide their names and bravely deal with drug dealers, and the community police who use their meticulous work day after day to serve the masses.

Let's take a look at their stories today.

The Forbidden City police station located in the "deep palace compound" is different from the general police station. There are no fixed residents in the area, and it faces unfamiliar tourists from all over the world.

The police station here also has a lot of "unique skills".

Various historical anecdotes must be readily available, and the routes to various scenic spots must be clearly understood. These are just the basic skills of the police at the Forbidden City Police Station.

On duty in the Forbidden City, which has an average daily passenger flow of tens of thousands of people, it is necessary to have the ability to see six roads, listen to all directions, and handle various affairs at the same time.

A picture captured by a police law enforcement recorder in the Forbidden City: a little girl was lost at Meridian Gate in the summer vacation last year. After the police found it, they quickly appeased the child and contacted the teacher.

In just 15 minutes of accompanying the children and waiting for the teacher to pick them up, 5 tourists came to ask for directions, and there were several unexpected situations.

Although the daily work is trivial, busy and ordinary, in the view of the police in the Forbidden City, it can help tourists solve their difficulties, and make everyone who comes here feel warm, and their protection and persistence very meaningful.

Zheng Weijia, director of the Forbidden City Police Station of the Tiananmen Regional Branch of the Beijing Public Security Bureau, said: "The Forbidden City tourists come every day from all over the world, from all over the world. When they come here, we may be a one-sided relationship, and we hope that we will leave them behind in this relationship. Satisfaction, happiness and security.”

Her name is Li Chun, a policeman on duty in Tiananmen Square, and everyone calls her a girl looking for a needle in a haystack.

Because as long as the lost property is handed over to her, no matter how difficult it is, she will try her best to find the owner.

Amdo County is the northern gate of Tibet, with an average altitude of over 4,800 meters and an oxygen content of less than half of sea level.

The Qinghai-Tibet Highway with the highest altitude and longest route in the world passes through the city here, continuously transporting various materials into Tibet.

In order to protect the "main artery" of the land road in Tibet, the policemen of the Traffic Police Brigade of Amdo County travel through this snowstorm all the year round, check the dangerous situation on the road, and escort the passing vehicles.

Tanggula Mountain is called by the locals as a high mountain that an eagle can hardly fly over. The weather conditions are very unstable. When the temperature is the lowest, it can reach -40 degrees below zero. Hail, snowfall, and strong winds can occur at any time of the year, even in one day. It will change countless times and present all kinds of different dangers.

Once it snows and the ground freezes, large-scale professional snow-clearing equipment cannot come up, and the road for clearing snow will depend on the traffic police in Amdo to find their own way.

In February this year, it snowed heavily for several days in Anduo County. The thickest snow was 1.5 meters deep. More than 1,000 vehicles were stranded on the Qinghai-Tibet Highway and nearly 2,000 people were trapped.

In order to divert traffic as soon as possible, the Amdo traffic police team was dispatched.

The traffic policeman Gesang Renqing can drive the loader, and he is the main force in pushing snow and shoveling ice.

For things that mechanical equipment can't do, Qingren Daji and the others use the most primitive manual methods to spread soil and remove ice, day and night.

Taking a nap in the car when you are sleepy, eating a bowl of instant noodles on the roadside when you are hungry, clearing the road as soon as possible and ensuring the safety of the people are the common goals of everyone. Everyone is racing against time.

But in extreme weather conditions are frequent, because the temperature is too low, many cars on the road have broken down, and they are stuck on the road. It is difficult to find a car mechanic.

Qimei Yongzhong, the head of the traffic police brigade of the Public Security Bureau of Amdo County, Nagqu City, Tibet, said: "The repairman has to come to the top of the Tanggula Mountain for more than 90 kilometers. If the traffic jam is too large, these machines and equipment cannot be pulled in at all. Only us patrolling. It is best for the traffic police to go to the scene for repairs. We have been on the national highway all the year round, and we have experience and can repair cars. Many of the truck drivers who have been transported on the Qinghai-Tibet Highway for a long time are known to us, and we all know that there is a traffic police in Amdo.”

Drivers on the Qinghai-Tibet Highway all know the Amdo traffic police, not only because they are road protectors in windy and snowy days, but also because they have rescued many people with altitude sickness and life-threatening conditions on this road.

The herdsman Ou Jiyou's family runs a small shop on the top of Tanggula Mountain. Every day, he is very moved to see the Amdo traffic policeman Feng Xue sticking to this snowy plateau and helping the passing vehicles selflessly.

In order to allow Amdo traffic police to eat a hot meal, he will deliberately leave a few boxes of instant noodles.

But because they live on a plateau with an altitude of more than 5,000 meters and extremely harsh natural conditions all year round, many of these young police officers with an average age of only 30 have suffered from high blood pressure, heart disease, rheumatoid and other diseases that are easy to get on the plateau.

In the past eight years, five Amdo traffic policemen have been killed in the line of duty, the youngest of whom was only 23 years old.

Although they have left, for these colleagues who are still sticking to the snowy plateau, they have never gone far, they are beliefs.

Qimei Yongzhong said: "Usually during the process of clearing snow in Tanggula Mountain, the sky is cloudy, the sky is clear, and the stars come out. "

These police officers are ordinary and brave, young and determined.

They took root on this snowy plateau where no tree could grow, stationed on the Qinghai-Tibet Highway, and guarded one side of the people.

This is a live video of Guangdong police arresting the leader of a cross-border armed drug-trafficking gang in March 2021. The first person to rush up was Yang Liyong, the captain of the anti-drug brigade of the Baiyun Branch of the Guangzhou Public Security Bureau.

Although he had set up various arrest plans before, when the drug dealer suddenly got off the elevator and was about to leave, there was almost no time for him to react.

Yang Liyong said: "It's impossible to go back, the person is already in front of us, so we rushed over and knocked him down together. His hand was desperately touching his waist, and suddenly a comrade said there was a gun, and we all used up our last points. Try to keep him under control."

After subduing the drug dealer, Yang Liyong and his colleagues found two loaded pistols on his body and a grenade inside the room.

And these are very common situations for Yang Liyong and his colleagues.

Yang Liyong said: "Everyone is afraid of death, and the sense of fear will also haunt them, but who will do it if we don't do it? We are all afraid, so what else can we do? With the belief in work and our own belief, go to the Slowly reduce your fear of death."

During the investigation, he had to switch roles again, break into the drug dealer, hide himself as a "shadow", and subtly disguise his identity.

Yang Liyong said: "Our loneliness belongs to the state. We should be very careful and cautious when interacting and talking with others. Our family members don't know what we are doing. I remember that I was working on a case, and a female colleague and I disguised as a couple to track outside. , next to the drug dealers talking about their drug trade, just happened to be seen by a relative, he went back and told his family."

Compared with the misunderstanding of his family, what makes Yang Liyong more difficult to face is the sacrifice of his comrades-in-arms.

On this secret front, there are many anti-drug police officers who remain anonymous, risking their lives to compete with drug dealers. Yang Liyong's comrade-in-arms Wu Guizhong is one of them.

In 2006, in an arrest operation, Wu Guizhong opened fire with a drug dealer. Unfortunately, he was shot and died. At the age of 38, he used his life to interpret the loyalty and responsibility of a policeman.

Since the founding of the People's Republic of China, more than 16,000 policemen from public security organs across the country have sacrificed in service, and more than 3,700 of them have been named martyrs.

They used their blood and life to forge a monument of loyalty to the people's public security and compose heroic hymns that moved the world.

In times of peace, the public security team was the one that sacrificed the most and contributed the most.

At the critical moment of fighting crime and protecting the people, they stepped forward and charged forward. They also worked silently in ordinary positions to solve problems for the masses. They built iron walls for a peaceful China, and they also exemplified the dedication of the people's public security to the people.

The model units and individuals honored this time are outstanding representatives of this team.

Thank you for giving us a real sense of security!