Africa press review Africa facing the Russian-Ukrainian conflict Faced with the Russian-Ukrainian conflict, Africa plays the card of neutrality. (Illustrative image). AP - Marienko Andrew By: Frédéric Couteau Follow 4 mins Advertisement Since the beginning of the war between Moscow and kyiv, the countries of the continent have observed a certain neutrality and refused as a whole to align them 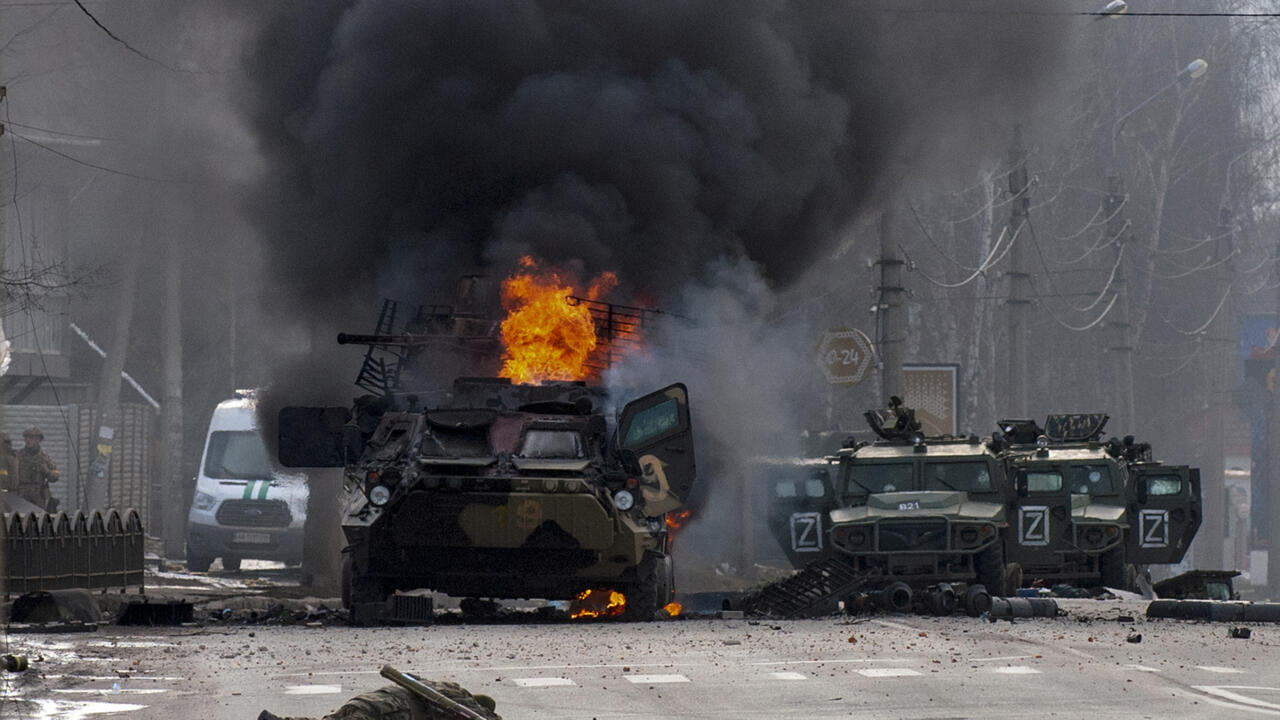 Faced with the Russian-Ukrainian conflict, Africa plays the card of neutrality.

Since the beginning of the war between Moscow and kyiv, the countries of the continent have observed a certain neutrality and refused as a whole to align themselves with Western positions.

Witness the recent efforts of German Chancellor Olaf Scholz during his African tour to gain support for the Western camp against Russia.

Efforts that were in vain...

With Presidents Macky Sall of Senegal and Cyrille Ramaphosa of South Africa, a main point was the subject of disagreement between German and African leaders,

that of supporting Westerners in front of Russia on the subject of the war in Ukraine.

On this, Macky Sall keeps the same equidistant discourse on the parties in conflict.

Although he is of the opinion that the conflict affects Africa, he nevertheless specifies that it is taking place on another continent.

'We want peace, even if we condemn the invasion.

We are working, we, for there to be a de-escalation, '

advocates the President of Senegal who advocates

'a just peace for Ukraine, for Russia too'.

to recall that last March, at the UN, Senegal just like South Africa had abstained from voting the UN resolution condemning Russia against Ukraine.

And more broadly, the Senegalese daily points out, “

many African countries know that this conflict is not theirs and are aware that alienating Russia would be to their disadvantage in their process of socio-economic development.

On the occasion of the German Chancellor's visit, Macky Sall announced that he would soon be leading a good offices mission to Moscow and kyiv, on behalf of his country but also on behalf of the African Union, which he currently presides.

But is there a convergence of views between the countries of the continent?

The commitments of certain African countries vis-à-vis the energy shortage in Europe have not prevented them from continuing to have cordial relations with Moscow.

(…) The Senegalese president claims to have been 'mandated by other African heads of state'.

But so that his tour is not a waste of time, shouldn't Macky Sall also address US President Joe Biden?

The United States and NATO are parties to the Ukrainian conflict.

The European Union, for its part, acts as an intermediary for arms deliveries to Ukraine.

Speaking to Putin and Zelensky, does Macky Sall have any chance of causing a de-escalation first?

Give in to Putin's demands?

a mission lost in advance

indeed, to find a definitive solution to this war, Macky Sall should discuss with Russia certainly, but also with the United States.

Joe Biden is the real key to this war.

As long as the United States continues to push NATO to send arms to Ukraine and Europe behaves by simply executing without flinching, the war will not stop.

(…) Putin had already revealed his demands to end his military operation.

It would just take a decision from NATO,

to push Ukraine to accept or renegotiate these elements so that a compromise can be found.

But the desire of Westerners to weaken Russia to better establish their hegemony over the world seems stronger than peace.

In the meantime, laments

the Russian-Ukrainian crisis has interrupted the supply of cereals and cooking oil, aggravating food insecurity, especially in the poorest African countries due to rising prices. .

the bread war has been declared

, which reports that the arm wrestling has begun between the bakers, who want to raise the price of the baguette from 150 to 200 FCFA, and the authorities who refuse any increase.