Washington warned China against annexing it by force.. Here is the story of the island of Taiwan

Taiwan is a group of islands located east of the Asian continent, in the eastern part of the China Sea, overlooking the Pacific Ocean from the east, and separated by the Taiwan Strait in the west from the Chinese province of Fujian. 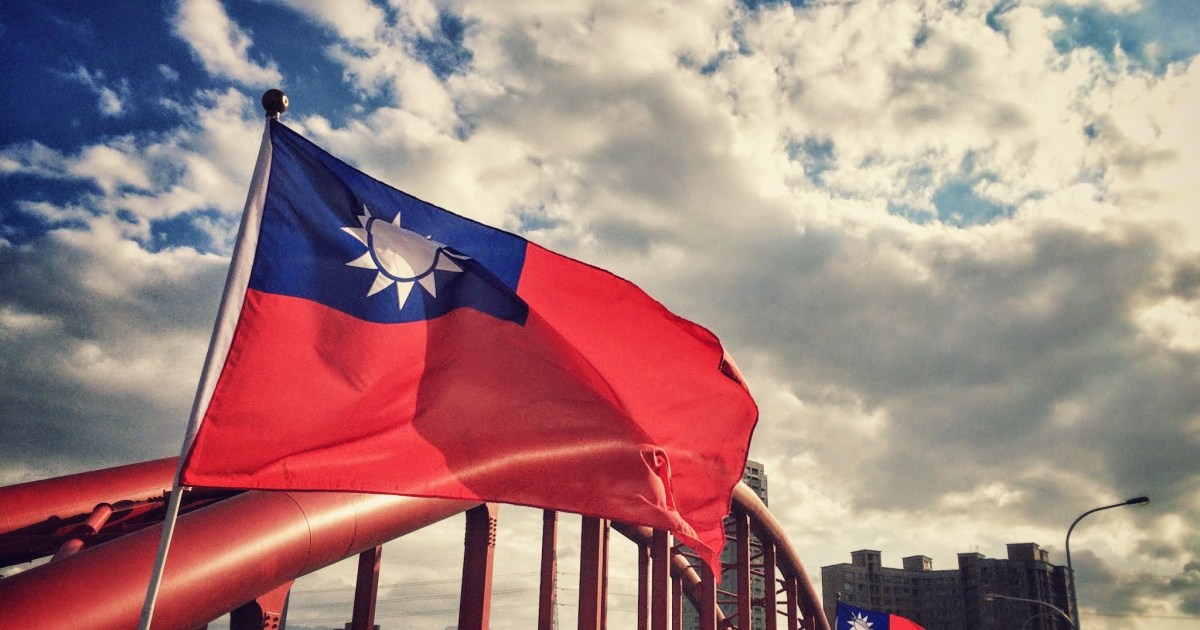 In October 2020, during a television interview organized by CNN, US President Joe Biden responded to a question if his country was ready to defend Taiwan militarily if this island was attacked by China by saying, "Yes, we have an obligation to do so." matter."

Yesterday, Monday, May 23, 2022, Biden reiterated that Washington would respond militarily in the event of China's attack on Taiwan, accusing Beijing of playing with fire in this regard.

October 10, 1911: Taiwan was established in the far southeast of Asia, after Emperor Pu'i, the last emperor to rule China, was deposed.

- In 1912, the Chinese Nationalist Party was the most important political party in China, and one of the most important parties that participated in the establishment of the republic and the overthrow of the Qing dynasty after more than 2,000 years of rule.

The National National Party has faced strong opposition from the Chinese Communist Party since it came to power, and the dispute between them quickly turned into an armed conflict.

- This conflict ended after the end of World War II with the defeat of the Nationalist Party, which was forced to leave China towards the island of Taiwan, and the establishment of a new state independent of China.

Taiwan calls itself the "Chinese Republic" and was called in the old days Yizhou and Liuqiu.

Taiwan is an island located in the east of the Asian continent, in the eastern part of the China Sea, overlooking the Pacific Ocean to the east, and the Taiwan Strait separated from the Chinese province of Fujian in the west.

The archipelago includes more than 80 islands, including large and small, the largest of which is the island of Taiwan, in which the group of islands is named by naming the whole by the part, and its total area is 36,000 square kilometers.

Relationship with the People's Republic of China

1949: The establishment of the People's China was announced after the victory of the Chinese Communist Party headed by former Chairman Mao Zedong. The new country expanded at the expense of the "Chinese Republic" or Taiwan, whose area was reduced to no more than the island of Taiwan and its neighboring islands.

Since that date, each of the two countries has claimed sovereignty over the lands of the second country, and each of them sees for itself the historical and legal reference for the right it claims to the second.

Beijing has been boycotting any country that recognizes Taiwan or the "Chinese Republic" and considers Taiwan a "rebellion" against the motherland.

Taiwan retained China's seat in the United Nations until 1971, when it was restored by Beijing.

The first country to recognize Taiwan's sovereignty was the Vatican in 1942, and Saint Lucia in 2007.

Taiwan has very limited recognition, and most of those recognized are small island states that have no influence on world politics.

China refuses to deal diplomatically with any country that recognizes the independence of Taiwan, and it also exerts a lot of pressure on the countries that recognize it to withdraw recognition.

Only 22 out of 196 countries around the world have recognized Taiwan's independence, and China has actually succeeded, in recent years, in persuading a number of countries to withdraw its recognition.

2016: Relations between Beijing and Taiwan began to be tense after the coming to power of President Tsai Ing-wen, who belongs to a traditionally pro-independence political party.

Since Tsai took power, seven countries have cut ties with Taipei: Sao Tome in 2016, Panama, the Dominican Republic and Burkina Faso in 2017, El Salvador in 2018.

Taiwan is a member of the International Olympic Committee and the World Trade Organization under the name "Chinese Taipei".

Mandarin is spoken by the majority of the Taiwanese population, which is the most widely spoken Chinese language.

Taiwan is a republican system that adopts political pluralism, and the president is elected every 4 years for two terms only.

Its parliament elects the 113-seat Yuan every 4 years.

Among the most prominent political parties are the Democratic Progressive Party (DPP) and the nationalist Kuomintang Party.

Agriculture comes at the top of the pyramid of economic activity, where the area of ​​agricultural land reaches two million hectares, with an excellent irrigation system and good infrastructure (canals and dams).